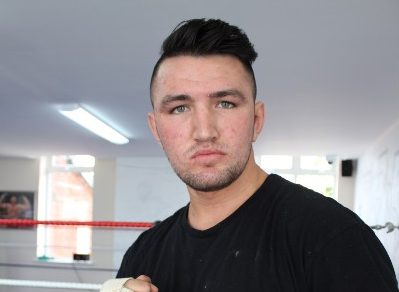 Frank Warren has confirmed that Hughie Fury’s (20-0, 10 KOs) WBO heavyweight title challenge to New Zealand’s Joseph Parker (22-0, 18 early) is good to go after the British boxer signed his side of the contract ahead of today’s midday deadline.

Fury is going to travel to New Zealand as Parker’s promoters, Duco Events, won the right to stage the mandatory defence. There had been talk of a voluntary in the meantime, but today’s news has nixed that idea and Fury will hope to pick up the belt that was vacated by his cousin, Tyson Fury, when the former heavyweight world Champion decided to take a timeout to battle mental health problems last year.

Duco named Auckland on April 1 as the place and date when submitting their winning bid, but there was also talk of other countries, with Singapore and Manchester also thought to be in the running.