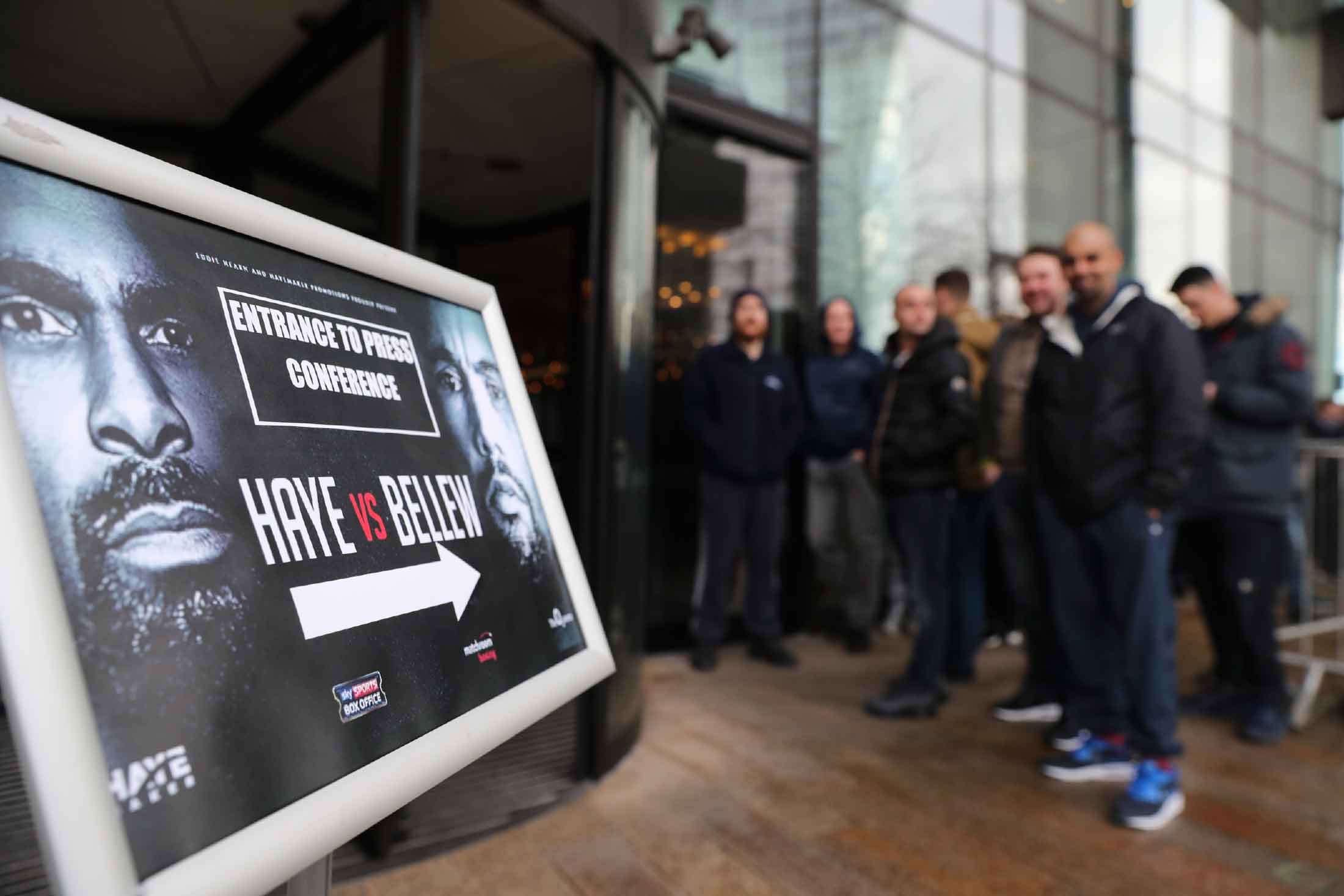 The Liverpool Press Conference for the Big March 4th fight between David Haye and Tony Bellew is happening this evening at the Hilton Hotel in Bellew’s home city. The event is open to the public and the fans are starting to arrive in their droves.

We are down at the event and will post pics, videos and updates here.

EARLIER TODAY IN LIVERPOOL – There was the presser for the April 22nd show at the Liverpool Echo Arena with Martin Murray against Gabriel Rosado top of the bill, with Rocky Fielding Vs John Ryder, Sean Dodd Vs Tom Farrell on the undercard The Show is Live on Sky Sports Box Office from The O2 in London.

OTHER NEWS AND STUFF ON BB

British Boxers proudly presents a feature length, two part interview with two institutions of the British fight game. Billy Graham and Kerry Kayes tell us about how they both got into boxing and eventually met, before going on a journey that led them to be involved in some of the biggest British boxing biggest fights.

Fight fans we are back again with a great episode of BOXMANIA. In this show we kick off by rounding up some of the latest boxing news and we have some great exclusive interviews with various people in the boxing game.

Manchester Super-welterweight prospects Matty Ryan and Macaulay McGowan will go head to head on March 24th to contest the vacant English title at the Bowlers Arena.

This is a real fight and one that Manchester is getting excited about. Big things are expected of both and the winner of this can look to push on to bigger honours in the sport.

In this video by British Boxers, each boxer talks about the clash and puts their case across of why they will win. McGowan predicts a knockout and Ryan says if a knockout in his favour comes, it comes. This all makes for an interesting insight into both camps.

There are many factors leading into this one. Ryan is an unassuming, played back quiet individual, where as McGowan is hyper and out-spoken. Pat Barrett the trainer of Ryan, used to train McGowans trainer Arnie Farnell, they know each other well and both give their opinions on this intriguing matchup.

The fight will take place at the Bowlers Arena in Manchester and Tickets will be available from the boxers, @BlackFlashPromo or by calling: 07843 127 555