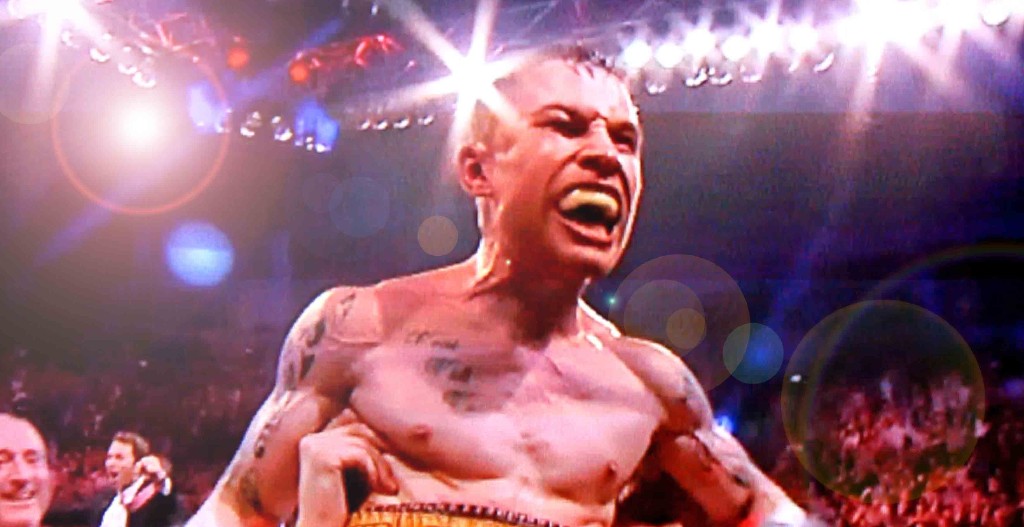 So, not quite Viva Las Vegas in the end then and to think that the week had all started off so positively.

There was chanting in the streets, throngs of excited punters from all corners of Ireland and the UK negotiating the overpasses of Sin City, all pumped up for the main event. Mikey Garcia had proceeded to (quite literally) flatten his opponent to whet the appetite of the crowd and all that remained for the travelling ‘Jackal Army’ was a rematch victory for their man. Turns out it wasn’t to be, as Leo Santa Cruz picked and poked his way to a narrow, but deserved, points success.

Carl Frampton looked decidedly rueful at the post-fight press conference as he dissected the action and apologised to his fans for being unable to repeat the slick display of stick-and-move that had been so finely implemented in New York last July. The following afternoon Barry McGuigan asked me how I’d scored the fight, as we jostled through a suffocating bottleneck of well wishers in Las Vegas’ Nine Fine Irishmen bar. The assembled groupies wanted selfies and autographs off Barry, while no doubt wondering who this other idiot was as I pushed through the melee and into the safety of a secure balcony. 115-113 was my answer to Barry’s question. “That’s about right,” he replied, nodding reluctantly.

Now back home and preparing for the next event, amidst a certain amount of retrospection, Frampton and his team have been out and about again already, holding a signing session in JD Sports, Belfast last Monday evening. The evening presented an opportunity for fans to come out and meet their hero and for him to thank them for their endearing support, without the awkwardness of a reception or open air celebration as had previously been the case after his big wins. It will take more than a close decision loss to a world class opponent to dampen their incessant support and devotion.

Defeat can make or break a fighter; especially a fighter who has held on to an unbeaten record for so long. But oftentimes it can be a blessing in disguise, where a boxer learns from mistakes and return stronger and more adaptable. Carl has certainly vowed to bounce back with more hunger and vigour and the opportunity to do so will hopefully arise in Belfast, sometime around the summer. Windsor Park football ground is rumoured to be booked for May but with Leo Santa Cruz remaining extremely unlikely to even travel over and box in an adequately-heated arena, it’s unlikely that an open air venue will be the thing to really entice him.

Back in the MGM Grand, just minutes after the bout had taken place and verdict delivered, journalists were already buzzing about trying to work out what went right for Santa Cruz, what went wrong for Frampton and getting the general lowdown off the people that really matter.

According to coach Shane McGuigan it was just one of those nights, when best laid plans fail to work out. Carl apparently looked good in the changing rooms and the whole way through an amazing camp, but after a bad start in the opening session, which Shane describes as “a flat round”, Frampton tensed up instead of stepping back, taking stock and boxing his way into the fight.

“He just forced it and from then on it wasn’t the real Carl Frampton. Instead it was a guy who was loading up and trying to get Leo’s respect, which he’d obviously got in the second round of the first fight, and he was looking for a big shot to swing it. I was saying to him to stop loading up on the inside and it’ll flow. He needed to get the feet moving – he was a bit static. Carl had glimpses of good stuff but was a little bit reckless, wild and coming square on the inside. They were all the things we had brushed up on in camp but it was like he saw a red mist
and just went for it.

“It wasn’t the real Carl Frampton but he showed a lot of courage and balls and he bit down on his gumshield to grit it out and I was proud of him. He was looking for hard shots to stamp his authority and get the respect of Santa Cruz, “ added McGuigan.

After the fight, a fellow ringside punter suggested to me that Frampton’s defeat could affect McGuigan’s confidence in and around the David Haye camp as the London heavyweight prepares for his clash with Tony Bellew. An interesting thought indeed, but I doubt it.

After the dust had settled, the crowd long since dispersed and MGM minions busy stacking up chairs, Wayne McCullough still stood alone. Small in stature but big on opinions, McCullough gave the lowdown on how he saw the fight play out.

“I scored it to Santa Cruz by two points and I think everyone in here knew that Santa Cruz had won,” said the ‘Pocket Rocket’.

“You know when you lose and you know when you win, or when it’s controversial or a robbery. I take my hat off to him, (Carl) lost and he said it. He has nothing to be ashamed of though; he fought a great fight, gave the fans what they wanted and he deserves a third fight. Will it happen? Maybe. It’s up to the politics of boxing.”

The former WBC world champion had been accused in some quarters of knocking Frampton in the past but Wayne denies he was ever doing any more than merely responding to questions on social media and giving his honest opinion.

“Maybe I’ll get criticised now for saying that Santa Cruz won? I got criticised before when he got dropped in the first round by the Mexican (Alejandro Gonzalez Jnr). They stopped following me on Twitter but I just told the truth. I’m a journalist and I used to write for The Ring and Sky and I would’ve have written that in a report. I said to Carl after he got dropped, don’t make excuses, just take the win and move on. People don’t see that part.”

Judge, jury and executioner all in one Twitter session? Surely not, Wayne.

Regardless, this is by no means the end of the Carl Frampton story. It’s a cliché of course but he will return. Stronger? Only time will tell, but the “wee man” will be back and competing at the highest level in the not-too-distant future.