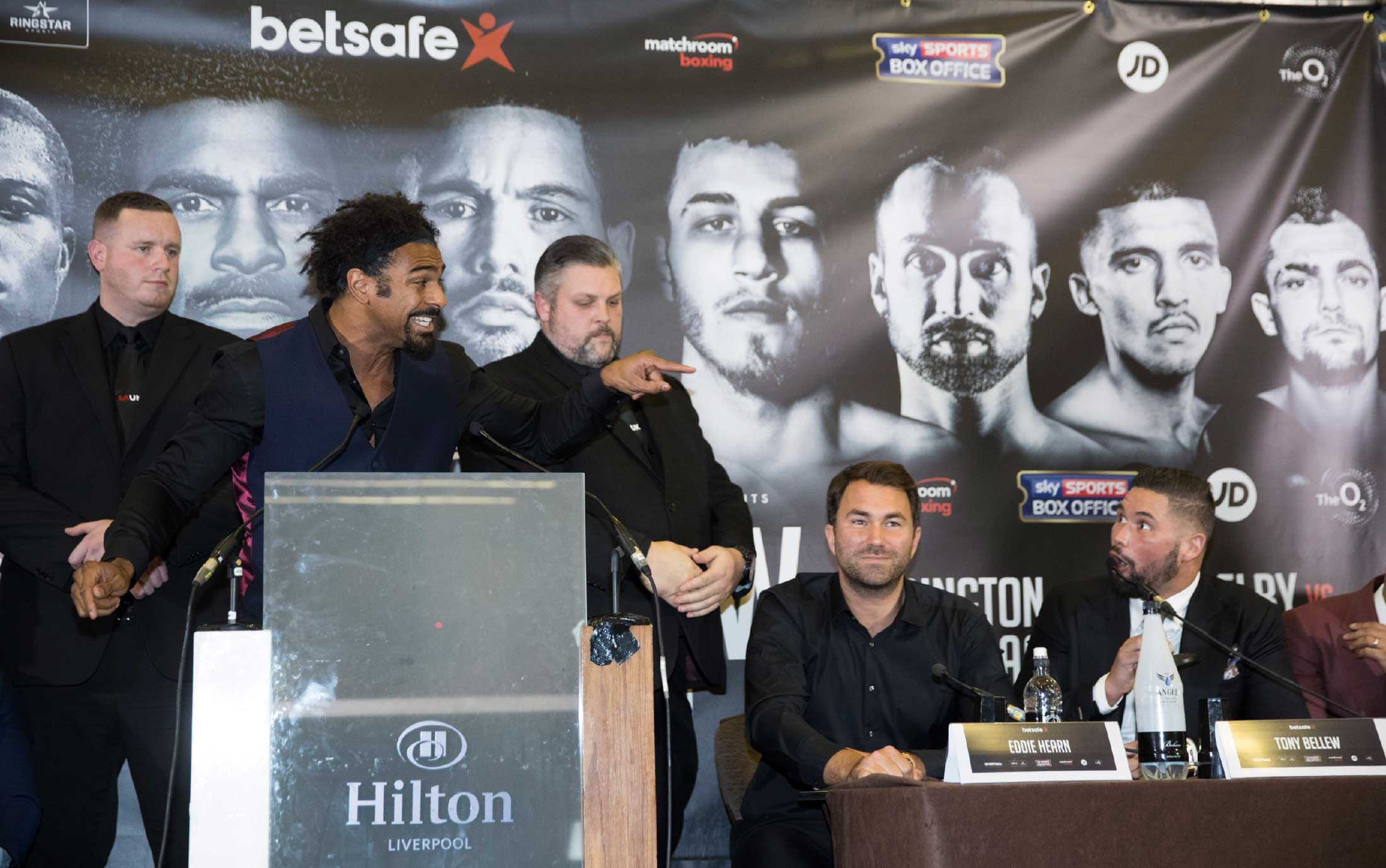 The British pair entered through separate corridors at the Hilton Hotel in Liverpool on Monday and were divided by security for the traditional pre-fight face-off.

Both boxers and their camps exchanged non pleasantries backed by a noisy pro Bellew crowd and things got rather tasty. British Boxers was there to capture the drama.