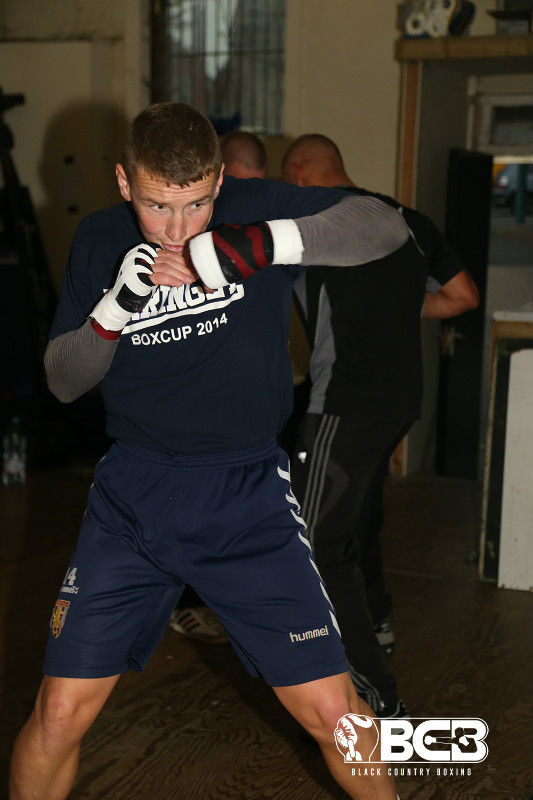 Adam Harper believes he is the underdog ahead of his Midlands Area Super Welterweight Title with fellow unbeaten prospect, Ryan Kelly, and plans to use it to his advantage.

The 28 year-old has seven wins on his ledger since turning professional in 2014 whereas Kelly, five years his junior, has racked up eights win to date.

The pair clash on Matchroom Boxing’s latest Birmingham show at the Barclaycard Arena on Saturday, 13th May. Topping the bill is Birmingham’s first ever world champion, Kal Yafai.

“I’m really looking forward to this fight,” Harper said. “I need these kind of fights to bring the best out in me.  From what I’ve heard, people have me as the underdog in this one. People are saying I’ve already lost this fight and that’s perfect for me; it makes my job easier.

“They say there’s a difference between the pro’s and the amateurs but whenever I stepped up as an amateur; I was always the underdog but I performed. I’m living the life and training hard. I’ll be more than ready.”

Harper has reduced his hours, working in a school, to part-time so that he can focus on his boxing dream. A Tewksbury native, the Gloucester pugilist splits his time between Frankie Gavin’s Ringside Gym in Birmingham and Errol Johnson’s BCB Gym in Wednesbury.

After headlining small hall shows throughout his pro career, ‘The Hurricane’ can’t wait to prove himself on the big stage against Brummie Kelly.

“I’m really grateful to Eddie Hearn and the Matchroom team for this opportunity. I’d like to thank my manager, Errol Johnson, too for getting me this fight on such a big stage.

Kelly and Harper clash on a massive night of boxing for the Second City.