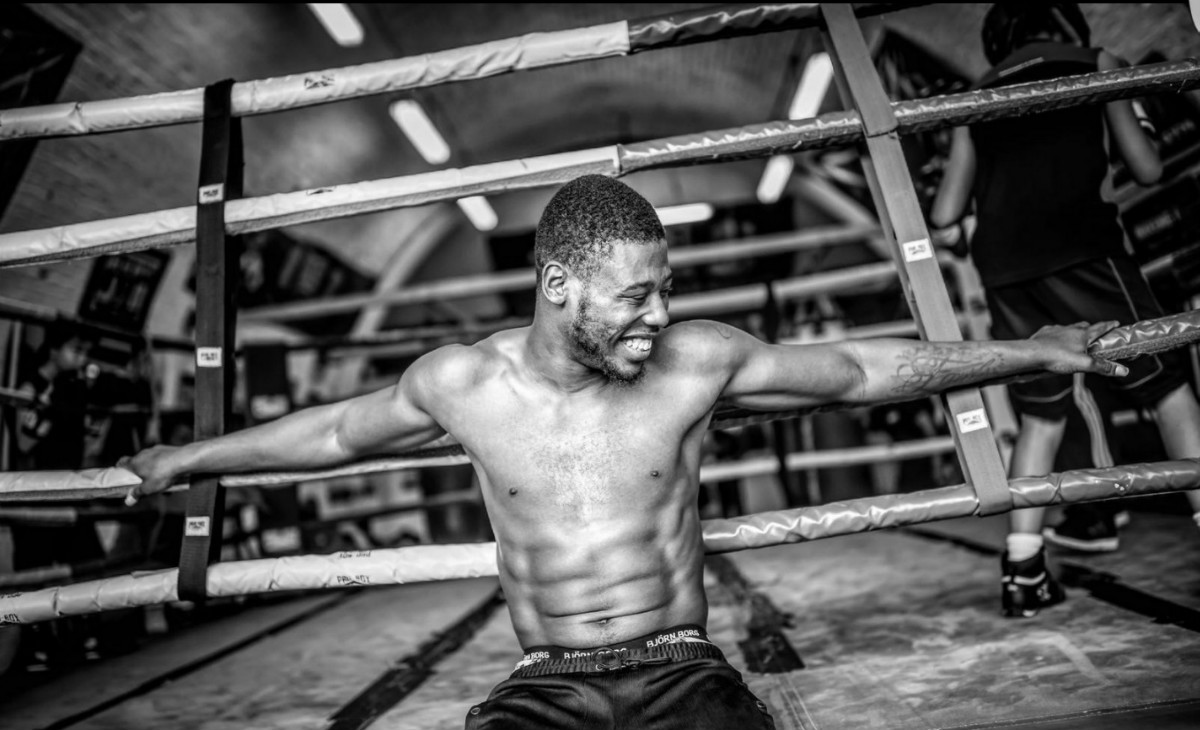 With just days to go until 23-year-old Isaac Chamberlain (6-0, 1KO) steps back into the ring, the focused fighter has been taking some time to look at how he has ended up where he is today.

Speaking of where it all began, the Brixton cruiserweight said that gang violence played a part in him entering the boxing world.

“My cousin was stabbed because of gang violence. He was only young and about to take his GCSE’s.” Chamberlain told British Boxers.

“My family was hit really hard by what happened and my mum was worried that the same would happen to me, so she took me to the boxing gym.”

Isaac found that the gym offered him something he had never experienced, something that made him want to keep going back for more.

“The coaches encouraged me, they told me I was good. I had never really had that kind of encouragement before, so it made me want to keep going.”

Revealing what it was like when he first ever sparred, Isaac said that his thought process back then was very different to how it is now.

“When I first ever stepped into the ring to spar I thought, ‘this is crazy!’ I was such a dirty fighter, I just kept hitting and holding.” he added.

“Now, when I step into that ring I want to go in there, be skillful and get the job done. It’s business for me, this is my life, and I have to view it as doing business.”

Isaac has certainly proven to people that he means business, walking away from his fight last year against Wadi Camacho with a 10 round point’s victory, despite having suffered a dislocated shoulder in the third round.

“When the injury happened I thought ‘why me, I’ve worked so hard for this’. But I realised I still had a shot at winning. I thought to myself, you have to dig deep and fight like hell for this, and I did.”

With his first fight since the injury now fast approaching, Chamberlain has viewed the need to rehabilitate his shoulder as a positive thing.

“The injury meant that I had to switch my focus to other areas and develop other skills whilst my shoulder healed. But this has been a positive for me. I’m looking forward to showing people what I have been working on.”

The cruiserweight has often been praised for his technical abilities in the ring, something which he feels is vital when perusing a career as a professional boxer.

“I think to last in the sport and come out with your health you have to be able to box technically. In the future, I don’t want to be going to my children’s parents evening and not being able to understand anything because I am so punch drunk from my boxing career!”

With the intense training schedules and the need to focus, the world of boxing is often deemed to be a lonely place, something which Isaac agrees with, however, he only takes positives from it.

“Lonely, that’s how it is. But I think that helps. When you’re in the ring and it’s just you and your opponent and the crowd are cheering. You are comfortable with your loneliness already, and that helps.”

Chambo, an alias given to him by his supportive fans, is sometimes referred to as ‘The King’ a nickname that he feels he is undeserving of.

“I have no idea where ‘The King’ came from, I don’t feel I deserve that nickname. But if I can inspire people and show them that you can make something of yourself and achieve goals, then I’m happy.”

Chamberlain is certainly an inspiration to others, not only within the boxing world but also outside of it.

As a patron for Streatham Youth & Community Trust, the fighter was modest about his inspirational work within the community and the ways in which he helps others.

“I don’t really tend to mention it, but I think it’s important to give back. You have to help others. I visit children’s hospitals and take part in community projects. I enjoy it, it’s a big part of who I am.”

The positive fighter has already proven his ability to win in the face of adversity and to help others through their own. With this and his drive to succeed, his next fight is certainly one not to be missed!