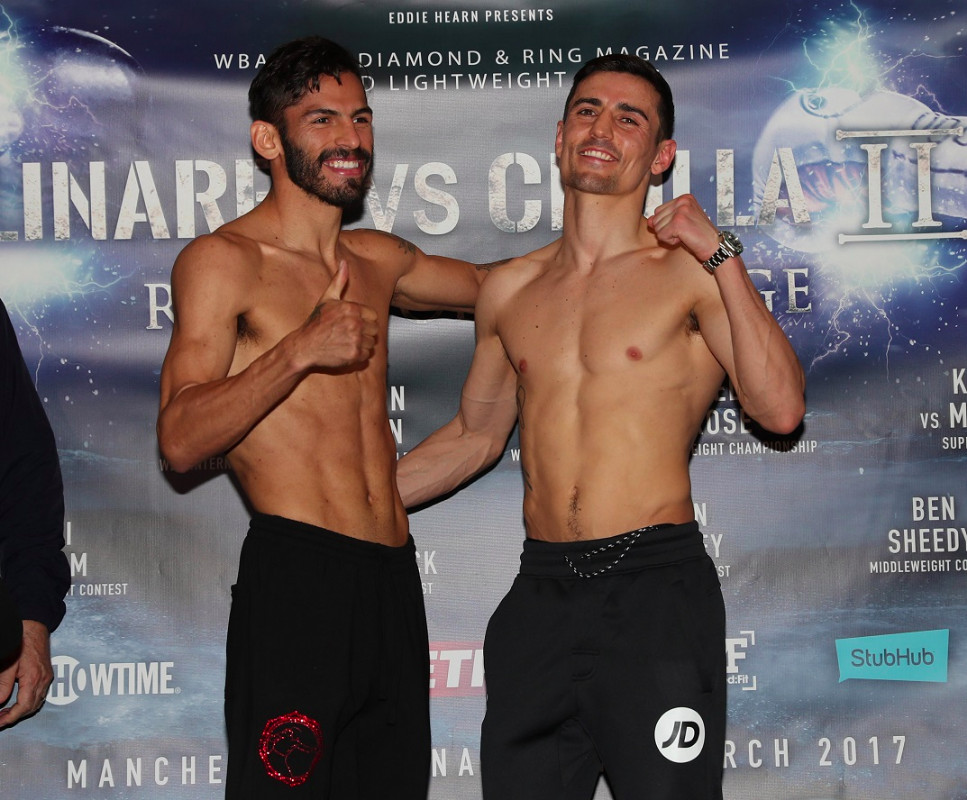 Anthony Crolla says that he’s done everything he can to make sure he’s in the shape of his life for his rematch with Jorge Linares for the WBA, WBC Diamond and Ring Magazine World Lightweight titles tomorrow night at the Manchester Arena, live on Sky Sports.

The Lightweight stars clash again following their epic battle in September that Linares edged. The Venezuelan star returns to place the straps on the line against the hometown hero, looking for a third win in the UK after defeating Kevin Mitchell in another fight of the year contender.

‘Million Dollar’ Crolla has heeded the advice of trainer Joe Gallagher and locked himself away from friends and family to get in the best shape possible – and the Manchester hero believes that will pay off tomorrow night.

“I feel fantastic,” said Crolla, who scaled 9st 8lbs 8oz, 4oz heavier than the defending champion. “I feel better than I have ever felt. Camp has gone really well and there will certainly be no excuses tonight. I have had no distractions outside of camp and everything is good. It is a matter now of showing in the ring the improvements I have been showing in the gym.

“For fight week I have been living in a hotel, no distractions. I am covering all bases. After this fight I can say I have given everything, not just in training but outside of camp too. I have had no social life for the past few months and I will walk to the ring knowing that, knowing I have prepared in the best way I possibly can. There will be no ‘what if I had done this’, ‘what if I had done that’—I have prepared the best I possibly can.

“I understand what Joe was saying and I think in the past I have been a bit stupid. I was running around with tickets at the last minute and stressing over things. I have been told it isn’t a good thing to do and I haven’t done that this time.

“It isn’t in any way used as an excuse for last time—I was here, there and everywhere not just with tickets but with lots of other things. That is only my fault—I didn’t want to let people down but I should have been concentrating on other things. This time I am a lot more relaxed and I believe I have prepared better.”

Crolla’s clash with Linares is part of a huge night of action in Manchester where there’s a crossroads battle of Blackpool as Middleweights Brian Rose and Jack Arnfield lock horns.