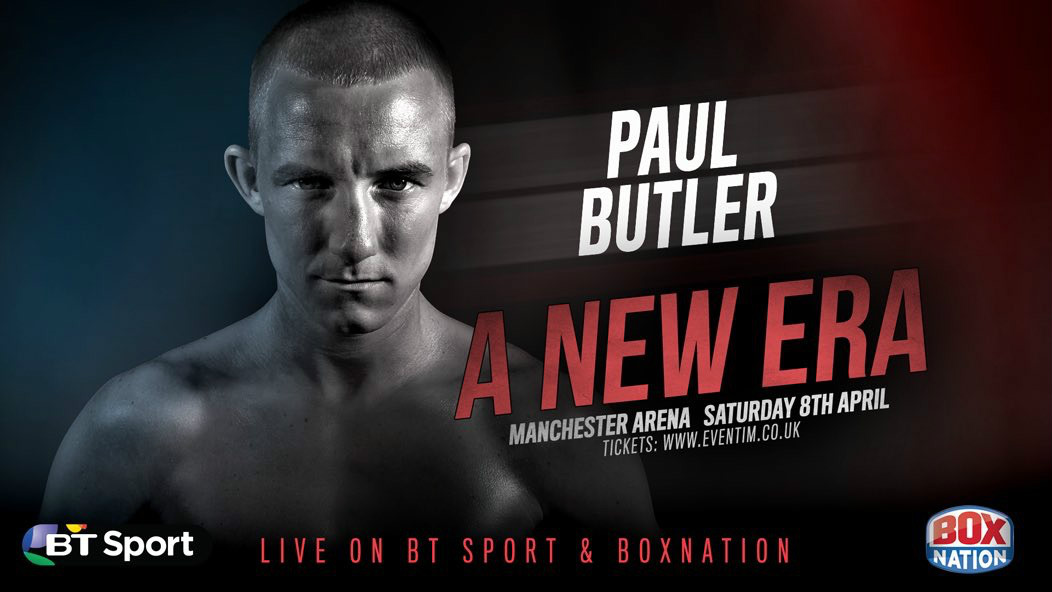 Former IBF Bantamweight World Champion Paul Butler is eyeing an all-British World Title showdown with Doncaster’s Jamie McDonnell. The Baby Faced Assassin fights for the third time under new trainer Joe Gallagher in an eight round contest at the Manchester Arena on April 8, live on BT Sport and BoxNation.

In June 2014 Butler lifted the IBF crown after defeating Darlington’s Stuart Hall, but vacated the belt a month later. After a spell at Super-Flyweight, the Ellesmere Port star is more determined than ever to land a second World Title at 118lbs.

“I’m hoping we can get this fight out of the way and then push on for another World Title,” said Butler. “It has been talked about for a while now and it’s what we’ve been working towards in the gym. I can’t wait to get in the ring and put in a top performance and move on.

“I’d take any of the Bantamweight Champions but I would hope it would be McDonnell or Zhanat Zhakiyanov. Zhanat has the WBA Super World Title but McDonnell is the name in the division – everyone knows Jamie McDonnell.

“I would like to box Jamie and take his title and then Zhanat would have to fight me as I would be the regular WBA Champion. We’re lucky enough to have two British Bantamweight World Champions and hopefully a fight with one of them can be made. I’m sure McDonnell would be a cracking fight.”