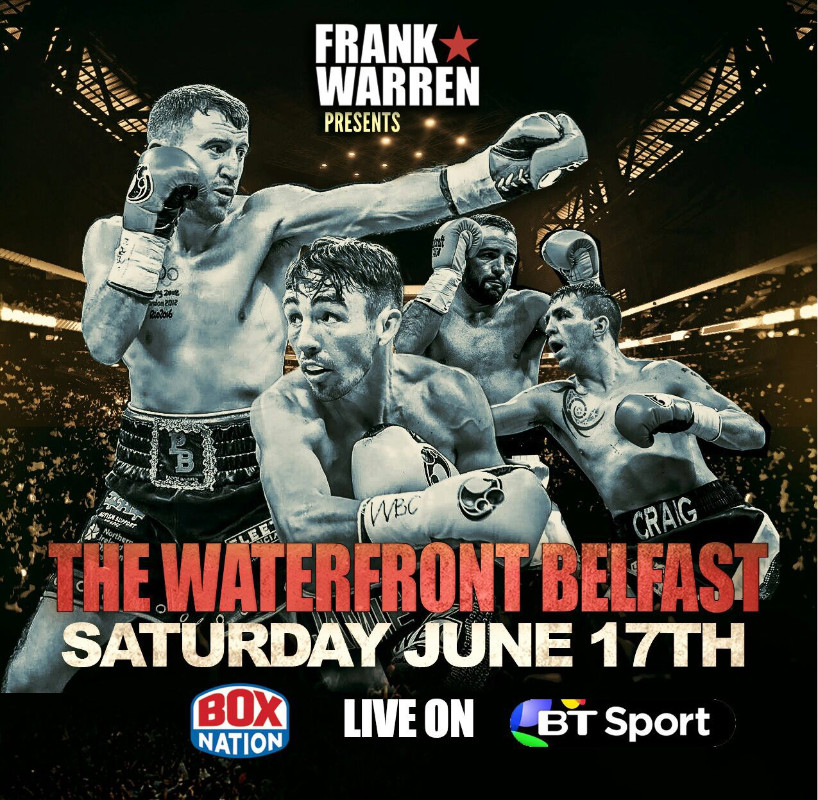 Frank Warren is delighted to announce his return to Belfast on Saturday June 17th for another action-packed evening of Championship boxing at the Waterfront Hall, live on BoxNation via the BT Sport Package (for Sky platform customers).

The event will feature the best of Irish boxing as Olympic hero Paddy Barnes (2-0) challenges for the WBO European Flyweight crown in only his third contest. Fresh from his victory over Adrian Dimas Garzon last month, Barnes faces a major step up in class at an early stage in his career.

Also on the card we have an explosive Lightweight clash as Welshman Craig Evans (16-1-2, 3 KO’s) defends his WBO European Lightweight title against Dubliner Stephen Ormond (24-3, 13 KO’s). Both men are in confident mood, Evans earning the decisive victory in a memorable trilogy with Tom Stalker and Ormond notching up three victories in quick succession since his shock defeat to Zoltan Szabo in October of last year.

All-action Jamie Conlan (19-0, 11 KO’s) features after his exciting twelve-round war with Yader Cardoza for the vacant WBC International Silver Super-Flyweight strap. Excitement is guaranteed when Conlan enters the ring and he is set to deliver another big performance as he continues his march to a World Title.

Ticket information for this event will be released in the next few days.