Smith-Williams a domestic classic: “Who would like to see this barnstormer again?” 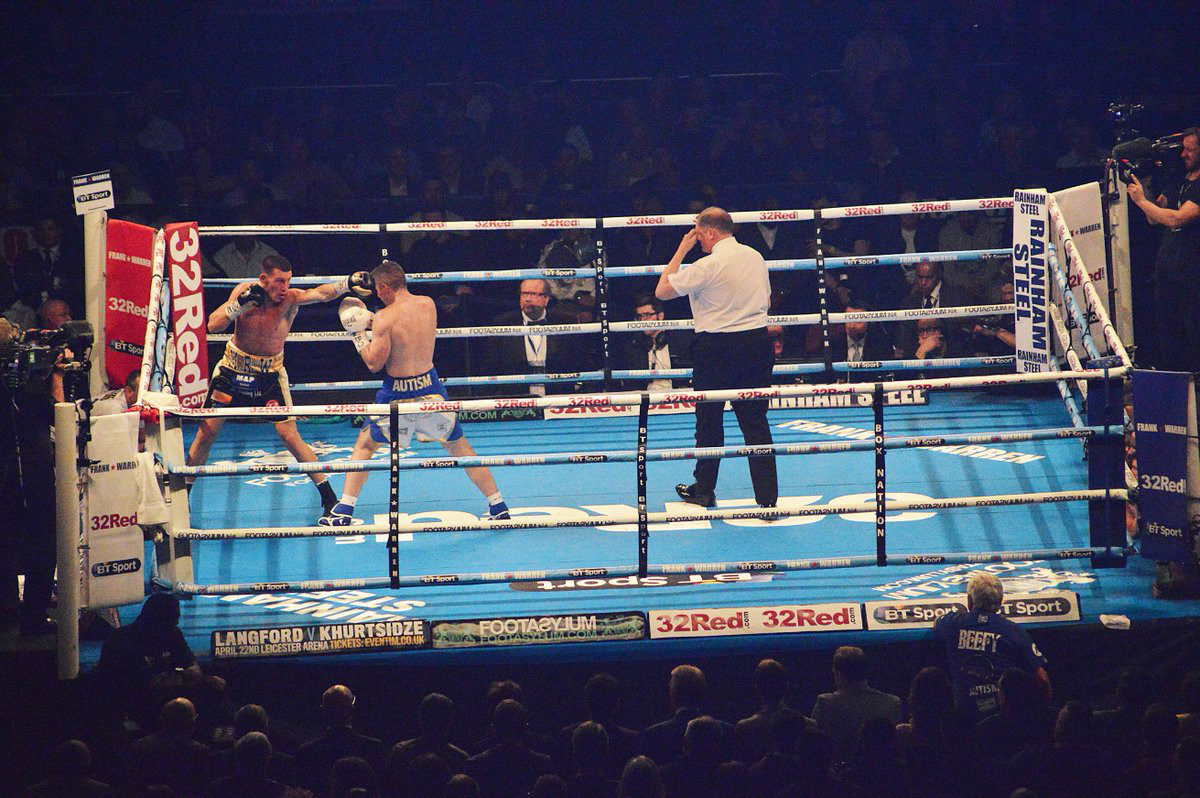 On Saturday night, Manchester Arena opened it doors to thousands of fight fans coming to watch Frank Warrens exciting line up. One fight in particular has caused huge upset on social media and has promoter Warren looking to make the rematch.

Liam Smith (25-1,14KOs) faced Liam Williams (16-1,11KOs) for the WBO Interim Super-Welterweight Championship, although, unfortunately, Smith was going into the fight knowing he couldn’t take the title home that night, as he had come in nearly two pounds over the 11-stone limit for the division. Smith was given an hour to lose the weight, but knowing that it would be detrimental to his performance to shed so much in such a short amount of time, he chose not to and accepted that he couldn’t win the belt even if he was victorious.

In the first round the pace seemed to be set by Williams, as Smith was taking his time to get a feel for his opponent’s capability. The Second proved more evenly fought, however Smith was still holding a high guard and was possibly keeping his distance for a little longer than we were expecting. In the last minute, we saw him edge in gradually and get closer into range.

The third was a fantastic round for Williams, with beautiful accuracy in his counter right, although it was a sharp left which caught Smith and cut his right eye. Smith smiled with acknowledgment of his opponent’s power.

Williams dominated the fourth and Smith was still cautious of getting in close. A couple of head clashes may have caused more problems for Smith who was desperately trying to protect his right eye. In the fifth referee, Terry O’Connor, called both fighters in for a talk, possibly trying to get them to clean it up a bit. As they continued Smiths injury grew worse as Williams kept targeting it, however Smith managed to get in a lot closer in this round and had a lot more successful shots with the right hand. As the round ended, he gave a nod to the crowd and grinned broadly, as he clearly enjoyed it and was starting to get to where he wanted to be.

In the sixth Smith kept trying to walk Williams down, but with strong work from Williams and his counter punches, Smith sustained a second cut to the inside of his eye. The seventh showed better work from Smith, but the Ref stopped the fight momentarily to consult the Doctor on Smith’s injury. The Doctor was agreeable to let the fight continue, although Smith had a lot of work to do to turn the fight in his favour. The round continued and was very close with both boxers working hard.

Williams’ hand speed was still proving powerful in the eighth, but the anticipated solid strike from Smith came as a body shot then a right hand. As Williams hit back, Smiths cut eye opened up again.

In the beginning of the ninth round, the ref drew the fighters in close to tell them to keep it clean and as they started, Smith led by walking Williams down. Williams seemed to be blowing a bit and losing momentum. Both men were working hard in the last minute, landing solidly, but a sudden clash of heads had Williams stagger back and with bad cut to his eye. Smith took his opportunity to get in close and steal the round.

As the bell rings, most are under the impression that the clash of heads caused the cut to Williams, but after watching the footage back, it is clear to see that blood was apparent before the heads met. Williams was pulled out of the fight by his trainer Gary Locket, after the Doctor made it clear that he could not carry on with such a bad cut.

It was a very controversial finish to a dramatic bout, the score cards showed Williams as being ahead by one point, but as his corner decided to retire to avoid any further damage to his eye, the victory was in Smith’s hands.

In the fighter’s ringside interview with BT Sports, Smith was surprised to hear that he was one point behind on the score cards and felt that he would have had Williams out in the next round anyway, if the bout had continued. He acknowledges his error in not making weight and for that, feels that a rematch is the right thing to do.  Williams admitted that he was starting to tire and that he would also like to fight again.

Mutual respect was shown by both fighters for what was an incredible bout of endurance and skill. Both were cautioned for head clashes amongst other misdemeanours, however none seemed intentional and in the end neither man seemed to hold a grudge on any decision made.

I am looking forward for the rematch, but in due course, as both men have a way to go healing those eye injuries before getting back in the ring.

Who would like to see this barnstormer again? pic.twitter.com/9UXzfzKcML