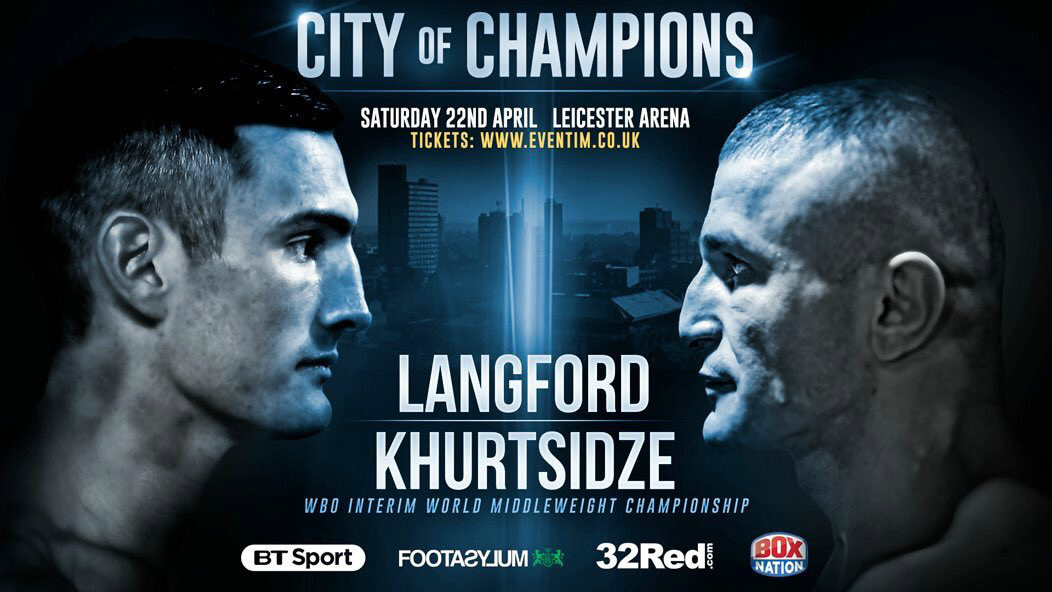 “When the fight was offered, I was more than happy to say yes and take it,” Langford told BoxNation. “Winning this puts you front of the queue for Billy Joe Saunders. I don’t know if he’s got a big fight or not, but if not he must fight me.

“That’s a big domestic fight there in itself, something I’ve always wanted. This means I can’t be avoided so I have to win this fight,” stated the Birmingham boxer.

Saunders had been hoping to secure a Middleweight unification with Gennady Golovkin for all the belts this summer, but if the fight fails to materialise, he may be forced to look at other options.

“Originally you’re thinking that the Golovkin fight would happen in the meantime, and you’re gonna be there [as a] certainty to fight the winner. But if he doesn’t get that – and it’s looking more suspect now – then it has to happen! Why shouldn’t it happen in the summer? [First] I’ve got to win Saturday night,” added Langford.

“I’ve never been shy about saying I’d fancy the Billy Joe fight, and I fancy myself to beat Billy Joe. He’s a very good, top operator and he found a way to win despite his performance [against Artur Akavov]. You’re in the game to fight for titles, he’s got one and I want it!”