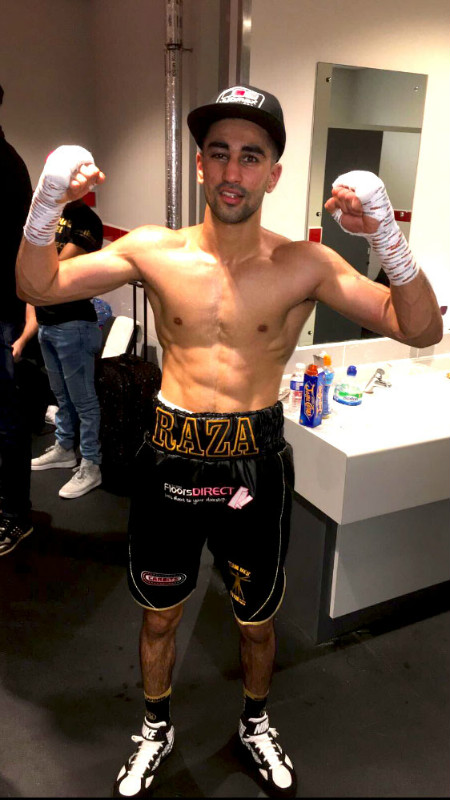 Former amateur standout Raza Hamza is now making his name in the pro ranks and has his next fight at the Leicester Arena on 22nd April.

Featherweight Hamza, 24, was a five time junior ABA champion, and a three time CYP British champion amongst many other achievements. His transition to the pro ranks has been smooth and he has shown great potential in the paid ranks. A recent Frank Warren signing Hamza has big ambition and a desire to make it to the top.

From Birmingham, Raza has recently flitted to Manchester where he will live and train under respected coach Haroon Headley. Unbeaten in 8 fights Raza Hamza is a boxer going places and one to keep an eye on in the coming years.

We caught up with Raza while he was at the Collyhurst and Moston Gym where he was sparring with another hot prospect Zelfa Barrett.