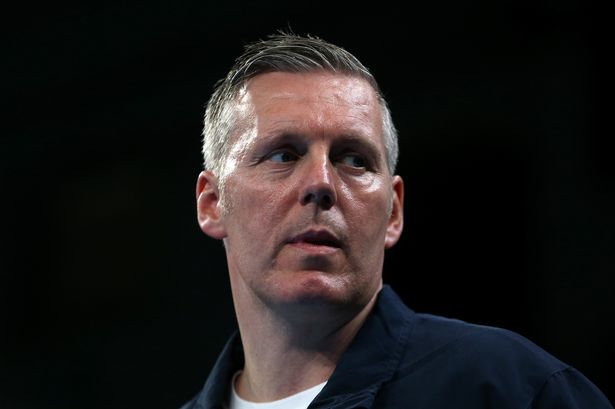 GB coach Davis speaks to Danny Flexen about the horrors of the Westminster attack and his brave attempt to aid PC Keith Palmer.

Witnesses to any violent crime are generally presented with three options: flee the scene, stand and watch like a macabre voyeur, or intervene, usually to aid the victim. For many of us, the likelihood of our coming to harm would significantly influence the next move we made. Most would surely rather broker peace between two scrapping drunks than confront an axe-wielding maniac. It’s not easy to be an accidental hero, a fact highlighted once again by the events surrounding the recent Westminster attack.

“For me, even in the past as a teenager, I’d probably get involved, go to the aid of other people. So when I saw a big bloke with knives above his head, attack a policeman, I instantly jumped over the fence.”

Placed by pure chance in the wrong place at the wrong time, GB boxing performance coach Tony Davis never considered spectating from the periphery. For the first man on the scene following terrorist Khalid Masood’s stabbing of PC Keith Palmer at the Houses of Parliament, the situation was reduced to a stark black-and-white decision: fight or flight. And, for Davis, that wasn’t really a choice at all.

“When I see him [Khalid Masood] run through the gate, knives in his hands, I’m not saying this informed me decision but I’ve always thought of Lee Rigby [the off-duty British soldier murdered by two terrorists in 2013],” Tony, who served a long period in the Army himself, explains from his home in the North East.

“I never knew the kid but we served in the same unit and I remember the culprits in that case had time to mill about wielding knives; people could see what was going on from a distance. For me, even in the past as a teenager, I’d probably get involved, go to the aid of other people. So when I saw a big bloke with knives above his head, attack a policeman, I instantly jumped over the fence.”

Tony was there with the British Lionhearts team and Italia Thunder, their World Series of Boxing (WSB) opponents in a contest that took place the next day. An outreach group called British Lionhearts in the Community target young people at grassroots level, helping them to develop through boxing, and members of both squads had been invited to the Houses of Parliament, the home team spoke and answered questions.

“I noticed PC Palmer moving back and he looked in a great deal of difficulty, and as I ran over he collapsed. I was the first to him, I got down on one knee, and I was shouting for a medic, an ambulance, telling them I’d got a pulse. I start giving him first aid. He had a massive head wound.”

Davis and fellow coach Lee Pullen had just appropriated some mini-desserts for the journey back but, unbeknownst to anyone inside, terrorist Khalid Masood, having mowed down innocent pedestrians on Westminster Bridge, killing three, then crashed his SUV into the railings guarding Parliament Yard.

“Just as I come out the door, there was a fracas straight ahead from me but outside the perimeter; I now know it was where the car crashed but I didn’t know that at the time, I just thought there was a bit of a crowd,” recalls Davis, a former ABA champion and ex-Army team head coach.

“If you follow the fence to the left-hand side it will bring you to where the gates are. I looked through the gates and at the 10 o’clock position I could see lots of people running, I thought it must be Greenpeace or some kind of student demonstration that was getting a bit meaty. Then I saw the guy [Khalid Masood] come through the gate with two knives above his head and started attacking the policeman, and I just jumped over the fence and started running.

“This bodyguard, he put three rounds into the attacker, that dropped him. I noticed PC Palmer moving back and he looked in a great deal of difficulty, and as I ran over he collapsed. I was the first to him, I got down on one knee, and I was shouting for a medic, an ambulance, telling them I’d got a pulse. I start giving him first aid. He had a massive head wound.

“For some people a situation like this would be really shocking but you just deal with the situation. That wasn’t the worst wound, he had blood pumping out of his left arm by his bicep, which must have been due to a reaction where he raised his arm in defence to protect himself, but the main one was just under his left armpit; he was wearing a stab vest, but it was just above there and absolutely gushing. I used my GB rain jacket to apply as much pressure as I could to stem the blood flow. His eyes were open, he was still breathing and conscious and I was telling him, ‘Stay with me, help is on the way.’ I heard another policeman say, ‘It’s Keith!’ so I then used his name to try to get him to respond.

“Another guy, Mike Crofts, come a minute-and-a-half later, to try to give assistance and, a minute-and-a-half after that, Tobias [Ellwood], the MP [and Foreign Office minister], he started taking over the CPR. It was a manic situation but we all worked together. I had left my phone recording from when I’d been videoing the grounds and, although it was in my pocket at the time, you can hear me on the audio, shouting, ‘We’re losing him!’ That’s when Tobias tried chest compressions, and the policeman took over mouth-to-mouth. The air doctor came and administered to him, his lungs were breathing but it was off the oxygen canister. It was really graphic. The policeman was holding his legs up so blood would come back down to his heart. The air doctor was so professional, he tried everything.”

The policeman proved tragically beyond recovery, something that clearly still haunts Davis despite their being nothing more he could have done. Palmer’s funeral takes place next week (April 10) and Davis is hoping to attend, primarily to pay his respects but also with the hope that saying goodbye to the man he endeavoured so valiantly to save will afford him some welcome closure from the Westminster attack.

“My wife and family were proud of me but I did question myself about what people would think,” Tony reveals. “I thought I did the right thing, but people sometimes look at the negative side so maybe some wouldn’t have put themselves in that position. I keep going over and over and over it, seeing them wounds he had, it was just a matter of time.”

Despite tours of Bosnia and Northern Ireland in his military days, Davis had never seen anything like the horrors that confronted him during and after the Westminster attack. Still, he did not hesitate and used the skills he had to manage the situation to the best of his ability. His bravery and heroism could yet be rewarded with a special award from the WBC but, typically, he does not feel his actions warrant such an honour. Your author respectfully disagrees.