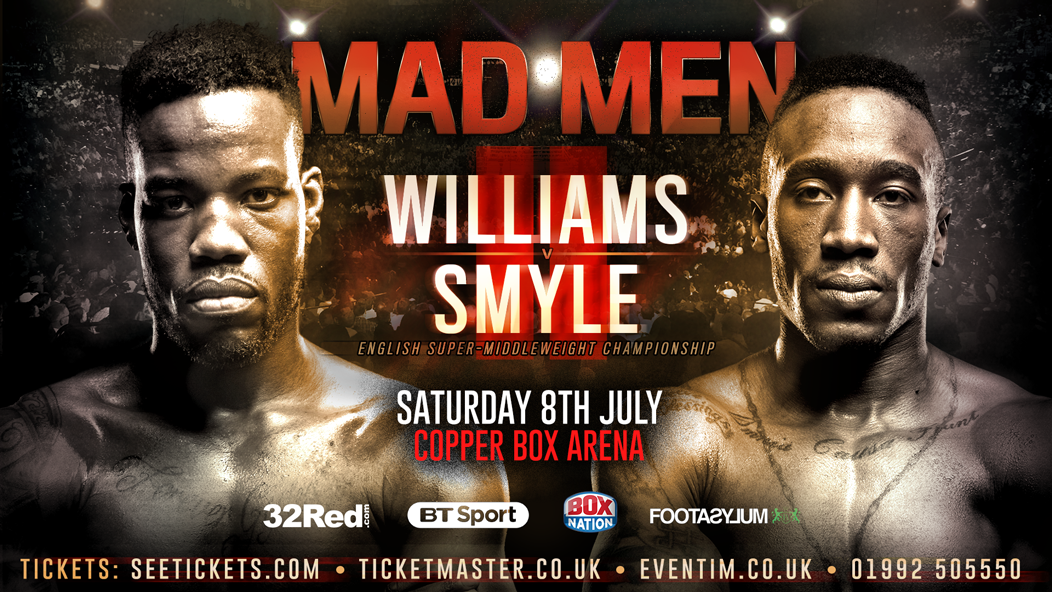 In what was a contender for Fight of the Year, the evenly-matched foes gave their all in a bid to win the English strap last month at the Leicester Arena.

The ferocious bout went the South Londoner’s way on a split points decision after 10 tremendous rounds of gruelling, back-and-forth action that had fans on their feet throughout.

Social media exploded during the fight as fans called on promoter Frank Warren to match the pair together in an immediate return. Both men are chomping at the bit to get at each other for a second time.

“It is going to be another wicked fight for the fans,” said Williams. “The last fight was a war but the rematch is going to be more straight forward for me. I had a poor training camp for the first fight and I wasn’t firing on all cylinders.

“If I was still capable of going to war with him after all of that, imagine what I can do to him this time. Travelling down to my manor is going to take its toll on him and he is going to see what London is really about.”

“This is going to be World War 3,” said Smyle. “I have been back in the gym for a few weeks now getting ready and I can’t wait to trade leather with him again. I am fighting as a challenger now and have a lot of determination to win my title back.

“I am going to take it to him and dominate him – I want a knockout. I don’t feel any pressure travelling down to London to face him, he will be fighting in front of his family and friends and all of the pressure is on him this time. The fans know what they are in for and they won’t be disappointed.”