Buglioni Vs Summers leads a bill of rising British talent 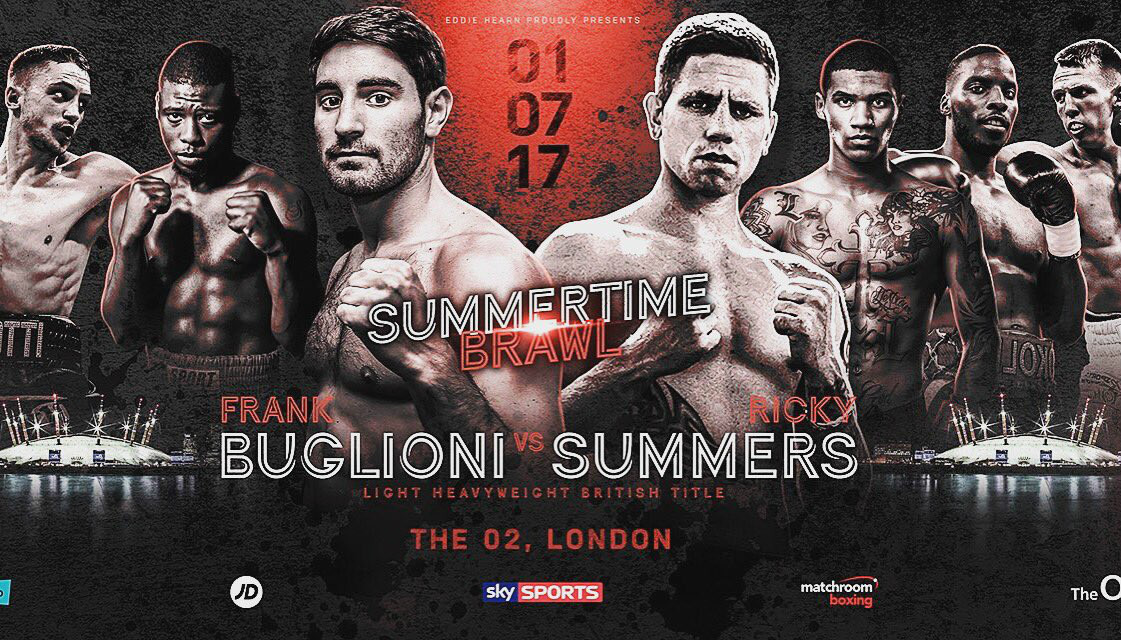 BUGLIONI DEFENDS BRITISH TITLE AGAINST SUMMERS AT THE O2

Frank Buglioni will defend his British Light-Heavyweight title against Ricky Summers at The O2 in London on Saturday July 1, live on Sky Sports.

Buglioni puts the belt on the line for the first time since winning it in stunning style against Hosea Burton in December, flooring the hometown favourite in the 11th round before stopping him in the final session.

Buglioni and unbeaten Tipton man Summers were set to meet in Greenwich in March but a cut in sparring forced the champion out of the fight, and the 28 year old is now relishing his chance to top the bill as the domestic season ends on Sky Sports.

“I felt sick with the injury at the time but I’m raring to go now,” said Buglioni. “I saw the surgeon and he said that my skin is fine and that I’m not susceptible to cuts so that’s a positive for me. It was the headguard that caused it so we’ve changed that.

“I live in the gym, always keeping sharp and fit, so it was a setback but I’m on track and I’m thrilled to be topping the bill at The O2.

“There’s no Light-Heavyweight in Britain that can beat me, including Nathan Cleverly, so line them up. It’s a new chapter in my career. Hosea is above British level and I beat him so I think that shows how good I am. I want to win the Lord Lonsdale belt outright and then move onto European and World honours, and if the rematch with Hosea presents itself, great.”

Reece Bellotti looks to build on his impressive British Featherweight title eliminator win over Dai Davies in March, Team GB Rio Olympian Lawrence Okolie on the hunt for a fourth straight first round KO in the paid ranks and features on the bill with his potential Cruiserweight local rival Isaac Chamberlain.

Ricky SummersFace value tickets for July 1 are also be available from http://www.stubhub.co.uk/matchroom-boxing-tickets/ . StubHub is the official ticket partner and marketplace of Matchroom Boxing and Anthony Joshua.