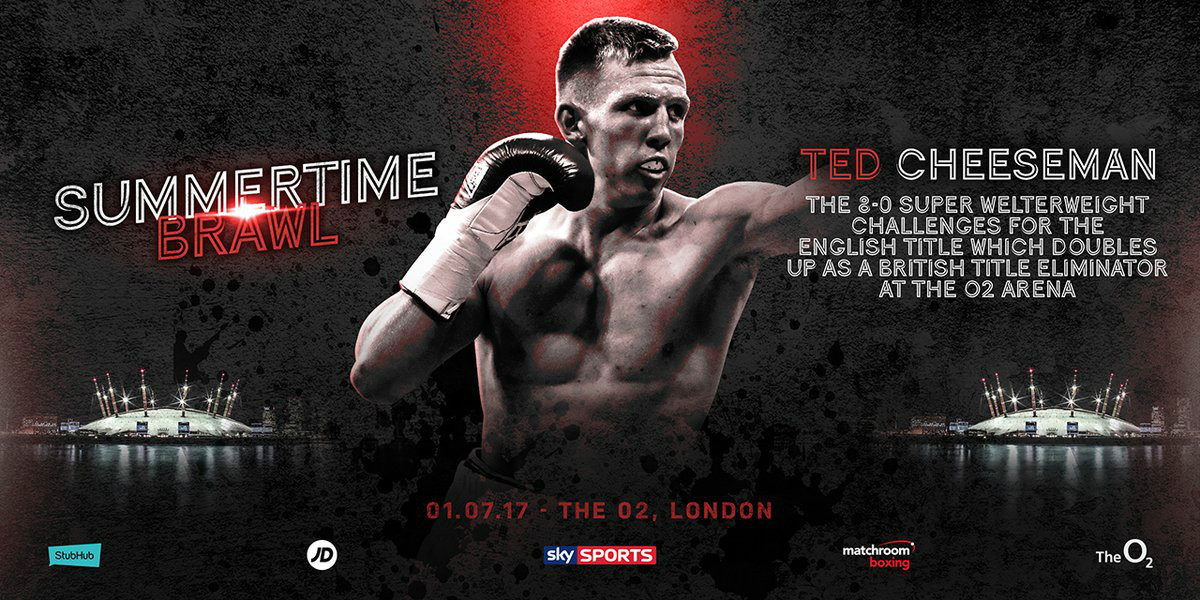 CHEESEMAN: I CAN BECOME TOP DOG IN BRITAIN

Ted Cheeseman believes he can become a major player in the Super-Welterweight division if he can beat English champion Matthew Ryan in their British title eliminator at The O2 in London on Saturday night, live on Sky Sports.

Cheeseman enters his first title fight full of confidence having moved to 8-0 in March and the 21 year old talent wants to make a big impact in the new season where he feels the British title is his for the taking with Liam Williams likely to vacate the crown.

“If I can beat Matthew I believe the division is open and I can take advantage,” said Cheeseman.

“It’s going to be a good test. I’m pushing on with every fight and the last three fights the guys I’ve boxed have been unbeaten or had good records and come to fight with ambitions to win, so I feel that I am stepping up a lot.

“Beating Lloyd Ellett pushed me right up in the rankings. You can wait around and clock up lots of fights against journeymen or you can test yourself.

“I’ve only had eight fights but I’m already right up there so there’s no point sticking around. I had a lot of fights as an amateur and I’ve learnt a lot in my pro outings so let’s push on and see how far I can get.”

Cheeseman’s clash with Ryan is part of a big night of action with Frank Buglioni defending his British Light-Heavyweight title against Ricky Summers.

Team GB Rio Olympic bronze medal man Joshua Buatsi makes his hotly-anticipated pro debut, Reece Bellotti goes for his first pro title against Jamie Speight with the WBC International Silver Featherweight strap on the line and there’s a rivalry brewing between London Cruiserweights Isaac Chamberlain and Lawrence Okolie who both have six rounders on the slate.

Tickets are on sale now priced £40 – £100 via www.theo2.co.uk. £150 VIP tickets are available exclusively from www.matchroomboxing.com

Face value tickets for July 1 are also be available from http://www.stubhub.co.uk/matchroom-boxing-tickets/ . StubHub is the official ticket partner and marketplace of Matchroom Boxing and Anthony Joshua.