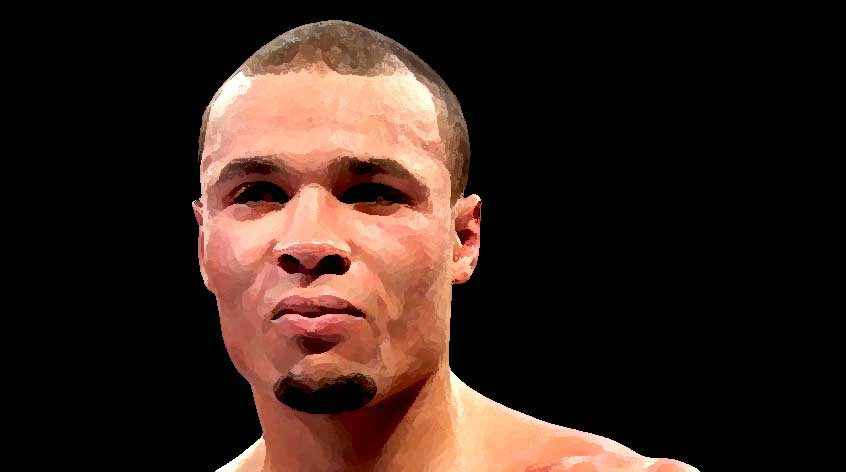 Among all the madness in Vegas over the past few weeks, IBO Super Middleweight World Champion and WBSS #3 Seed Chris Eubank Jr (25-1-0) has been preparing to head to Stuttgart on 7th October as he faces Avni Yildirim in his first round matchup.

No stranger to the limelight, Chris was never going to be too far away from the ‘Biggest Fight in Combat Sports History’ and he returned to familiar surroundings in the famed Mayweather Gym, accompanied by his father. ‘I’ve been with him (Floyd Mayweather) a lot over the last 3 or 4 weeks’ he explained. ‘I’ve trained alongside Floyd on a number of occasions; I was with him when he trained for Maidana and Pacquiao. I have a long history with his father, he was my main trainer out here when I was growing up in the amateurs; whenever I come out here, we do pads and we work together. When I heard that this fight was going to be taking place, I definitely wanted to make sure I could be a part of it’.

As one of the seeds in the upcoming WBSS tournament, Eubank had the luxury of picking his opponents from the remaining candidates, and surprised the present media when he chose to take on the highly touted Turk, Avni Yildirim (16-0-0). Explaining the decision, he said ‘I wanted the most exciting fight I could get, the toughest opponent and someone I knew would make for a fan-friendly fight’.

Yildirim is somewhat of an unknown quantity as he heads into the competition, he has passed all tests put in front of him so far, but he is yet to step in with a fighter as ferocious as the IBO Champion. When asked what he already knew of his opponent, Eubank Jr sounded like he had no qualms about the task in front of him – ‘I haven’t seen much of him, I’ve seen one or two fights. That’s all I really need to see, I know his style and I have a pretty good idea of what he’s going to bring to the table on the night. I’m training accordingly’.

It’s a pointless task to ask a fighter whether they believe they will win a fight and something that strangely seems to happen all too often. In this instance, I instead posed the question as to what kind of fight Eubank was expecting on October 7th; ‘As far as I can see, he’s a come forward fighter and his chin hasn’t been tested. He’s going to walk onto shots and if he’s tough it’ll be an exciting fight, or if not then he’ll feel the shots, start retreating and I’ll have to use my boxing skills for twelve rounds. My intention is to go out there and stop him’ he explained.

Possibly the strangest aspect of the bout is that it will take place in Stuttgart, Germany; Eubank has seen a meteoric rise in his fanbase and it is only growing, making him one of the biggest draws in British Boxing. The man himself has noticed a growing rise in demand for his fights – ‘That’s what happens if you keep winning and putting on great performances. Your fan base grows and so does your hater-base. People are coming even if it’s to see you lose, but regardless, they’re still buying tickets. I’ve definitely seen an increase in the support’. So why take the fight to Germany? This is a question that the fighter himself even seems bemused but otherwise unaffected by, explaining ‘That was not our choice. The Sauerland Brothers and the WBSS wanted the fight to be in Germany’ before continuing ‘For me it doesn’t matter where it is – it could be in a phone box for all I care, as long as I get the win, that’s all I care about’.

Last time out, Jr went the distance in a dominating display against former Champion Arthur Abraham (46-6-0) at the Wembley Arena on 15th July. When asked if the performance gave him confidence heading into his next outing, he replied ‘Yes, definitely. I think of all the great fighters that have beaten him, I beat him the most clearly. I took a lot away from that performance’.

There will have only been a three month gap between the Abraham fight and the Yildirim fight, but it seems that he’d have it no other way; ‘I haven’t really had a break, I’ve been in the gym since the week after the fight. But I’m in the prime of my life now, I need to be in the ring as often as possible in my opinion’. This will be Chris’ 3rd fight of the year.

Not to look too far past the task at hand, Eubank knows that a win here would all but set up a clash with Domestic rival ‘Saint’ George Groves (26-3-0) early next year. It’s one step at a time though for Jr as he won’t let frustrations creep in as he is forced to wait to get his hands on the WBA title; ‘It’s what I’ve got to do to make the fight. There’s no rush, it’s in January so it’s not far away. It gives me more time to prepare, get stronger and fitter and make sure I take that title’ he said, confidently.

Going further than that, these past weeks have only wetted the appetite of the young Champion as he looks to ‘crack’ America like many great Brits before him. When asked if he could foresee a fight ‘across the pond’ in the future, he responded enthusiastically, saying ‘Absolutely – particularly Vegas, it’s the Mecca of boxing’, citing that this could happen as early as next year.

We’re yet to receive confirmation as of yet, as to where this fight, and the rest of the WBSS schedule will be broadcast, but one thing is certainly for sure – this one is not to be missed.