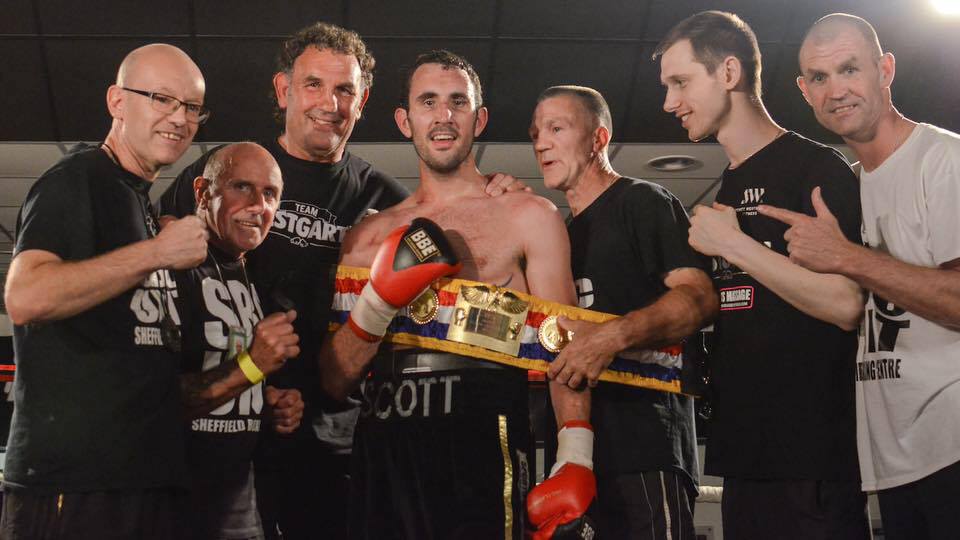 In ancient times the enslaved men that fought within the amphitheatre, would win their freedom via the solemn receipt of a wooden sword. It was a rare prize and only deliverable to those whose skill and endeavour was sufficient to secure their continued existence. In this zero-sum game, for everyone else there was no wooden sword, only death visited swiftly or painfully as an unavoidable consequence of an opponent’s superior commitment to survival.

The assembled crowds viewed gladiatorial combat as a sport and marvelled at its finest practitioners. The guaranteed death of at least half of the combatants did nothing to detract from their view of the action as mere spectacle. For, those in the arena the visceral battle for survival was anything but sport. Instead, a microcosm of Darwin’s survival of the fittest, a couple of thousand years before The Beagle had set sail.

Modern boxing has little to do with ancient Rome or Grecian urns but there will be those that seek to make parallels. When a man dies from punches to the head, inflicted by another man, for the entertainment of an assembled crowd; then boxing stutters in its rebuttals and justifications. Viewed through a 21st century lens the recent death of Scott Westgarth, should make us stop, ponder and explore our unease. Boxing: like a mafia trial defendant loosens its tie and shifts awkwardly in its chair as its defence unravels amid the sustained logic of the prosecution’s case.

Boxing doesn’t help dispel those parallels when on happier days, for mostly honourable reasons, it throws out terms like: warrior, gladiator, battle and war. Emotive descriptions, that when the dice falls on the wrong number can be taken and launched back at it by those that seek to attack its unsteady foundations. Not to mention the fighters themselves that with varying degrees of commitment engage in verbal pre-fight attacks on each other with protestations of death, destruction, disability and other ill-considered alliteration.

Mostly it isn’t meant and within the vacuum they describe it as “selling the fight.” Something to gain the attention of the casual observers and to compel them to hand over their money on the gate or via often exorbitant pay-per-view. A means of gaining publicity for fighters struggling for identification, wider respect and decent pay days. The term “casual” even used as a pejorative term by the inner circle against the outer. But nevertheless a group that boxing desperately needs to appeal to in order to compete in today’s increasingly crowded marketplace.

But, can boxing be blamed, if in its need to stay relevant to the masses, it merely reflects some of the deficiencies of wider society and modern life? All sports from: Football, through Cricket and even into Athletics and Tennis, have their problems. But, when these flaws are exposed the price to be paid is not so stark and palpable. Boxing, unlike the others, casts as its central tenet the overriding aim of knocking the man in the other corner insensible. A natural consequence of this is that despite the best precautions, on any given night, the insensibility could prove permanent.

Yet, it is this risk factor that is an essential component to the public’s fascination with boxing. Two warriors putting everything on the line and leaving nothing in the changing room. The pure fighting integrity of the competitors in the squared ring the antithesis of the disrepute that surrounds the shady characters that patrol its perimeter.

It is a sport where far too many things feel contrived, unfair and dishonest. But out in the middle under the glare of the ring lights, there is no place to hide and the action raw and authentic.

Perhaps, it is not boxing that the punters like but the boxers themselves. The warrior code: revised updated and edited; but true to its proud roots. A moral high ground exhibited only on the frontline and extended by punishing violence.

Which is not to say that the sport has done nothing to alleviate many of the manageable risks. It is a different game to the one where the half-blind Harry Greb would memorise optical eye charts prior to examinations, in order to cheat the medical examiner. Or where Ernie Schaaf after suffering multiple concussions was allowed to fight and die at the hands of a tame jab from Primo Carnera.

Yet, even my personal assessment of these improvements is still riddled with its own contradiction. It was the old boxing pre-war butcher’s shop that first tuned me into the fight game. Where fighters didn’t retire to neutral corners but instead stood over their stricken opponent waiting to smash them back down again. A world where 40 rounds only grudgingly gave way to the old championship distance of 15 and the referee rarely came to anyone’s rescue. A place where gouging, rabbit, punches and elbows were all fair game and no one ever complained. Old time fighters that would think nothing of turning out four, five or more times a month and would fortify their hands and sometimes their faces in brine.

Where money changed hands and fighters took dives at the whim of Owney Madden, Blinky Palermo and other disreputable wiseguys. A mad, bad Damon Runyon world that I wish I could have seen at first-hand, despite its obvious deficiencies and risks. But, then, as ever, the risks would not be mine and only applicable to those that climbed through the ropes.

So, armed with that cathartic stream of consciousness what does that make me? A defender of brain injury, of Pugilistica Dementia or merely just a fan of boxing. One that despite an understanding of all its short-comings defends the fighter’s freedom of choice. The choice to hurt and be hurt within strict rules and under the guardianship of a referee.

To watch the sport for the right reasons as it manifests bravery, technical ability and endurance into one endlessly fascinating package. It isn’t about tuning in to see a man get knocked out. But one must understand and acknowledge that it is always a potential and likely consequence of those earlier attributes.

For that reason I haven’t watched back the Scott Westgarth bout or his post-fight interview. To do so would be to plunge into the world of the voyeur. To view the sport as its critics like to think its supporters do. To tune in and vicariously gorge on the blood, pain and even death. Just one step from the evils of the amphitheatre. But, you and I know that it isn’t true and men like Scott Westgarth deserve much, much better.