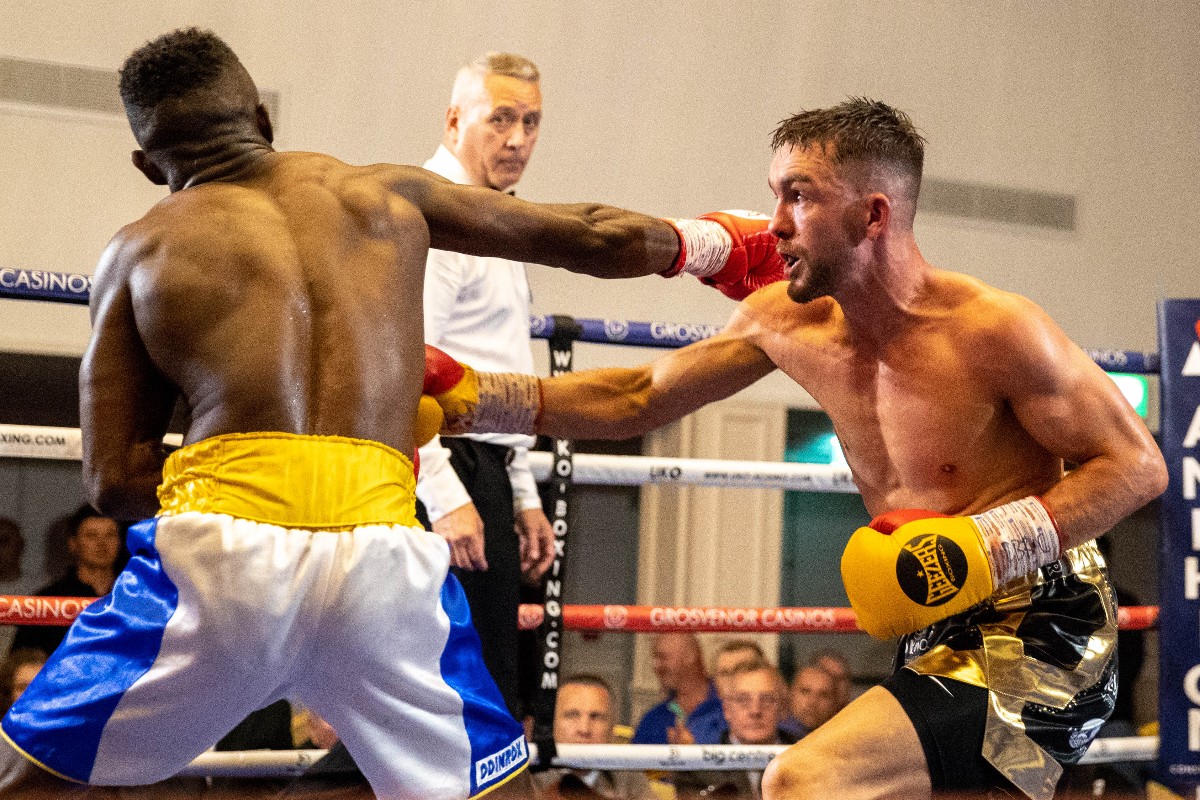 Kyle Williams picked himself up off the canvass to lift the English Bantamweight Title on Saturday evening.

The Midlands Area King wrestled the English crown from champion Thomas Essomba in an epic battle at the Willows Banqueting Suite, Willenhall.

Williams started brightly and was easing into the fight when, with seconds to go in the opener, Essomba unloaded a left-hand bomb to the back of the challenger’s head which sent him sprawling to the canvass. Visibly shaken, Williams was saved by the bell six seconds in to a standing eight count and his corner team of Errol Johnson, Paul Mann and Taffy Evans worked wonders to ensure that he was back on steady feet at the start of the second.

Massive credit to Williams, he shook the knock down off and got back to his boxing as he executed the game plan to perfection. He went on to control the middle rounds and managed to drop his Cameroon-born opponent in the seventh. A short burst of well-placed shots saw Essomba touch the canvass, complaining of a slip. The champion, who resides in Ryhope, finished strongly as he took the fire to Williams, who stood and traded at times. At the end of an epic battle, Williams was awarded a split decision victory with Judges Howard Foster and Robert Williams both scoring the contest 93-96 Williams with Shaun Messer giving it to Essomba 96-94. 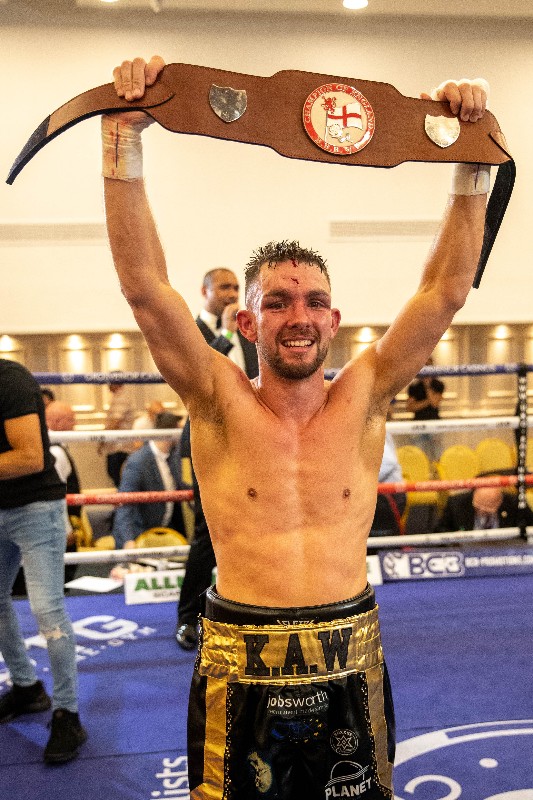 Triumphant, the fanatical Wolves supporter celebrated the win with his masses of fans. After lifting the Midlands and English Titles so far in 2018; Williams will now surely be honing in on the British Title currently occupied by Barnsley’s Josh Wale.