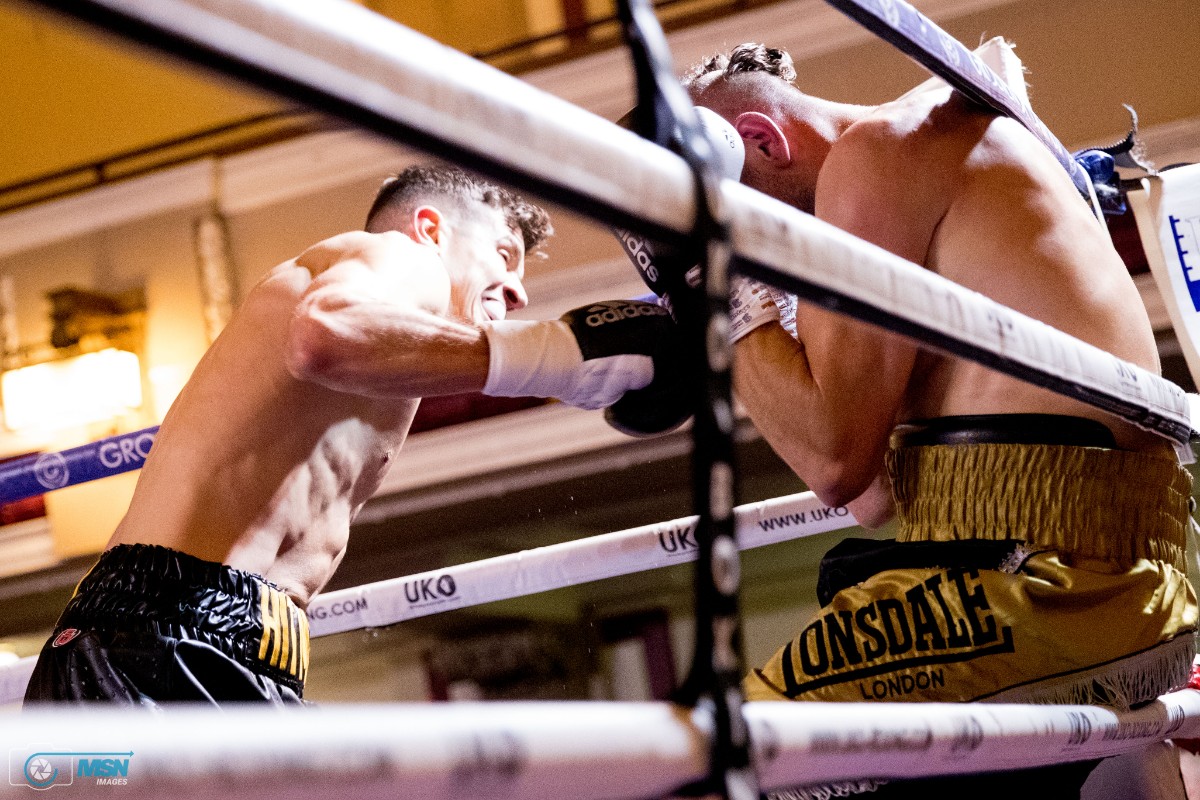 “I just want to make a statement and show how good I am.”

Nathan ‘Hitman’ Heaney will be gunning for the Midlands middleweight title after he’s got an eight-rounder under his belt next month.

He’s making public his intention of going for the area crown, ahead of fight night at King’s Hall in his hometown of Stoke-on-Trent.

The 29-year-old will step through the ropes on Saturday April 13, to headline BCB Promotions’ bill. The show has been called ‘April Power.’

The Midlands strap at his weight is currently held by fellow BCB fighter Tyler Denny. Denny has admitted he may consider a defence, if shots at other honours are not forthcoming as the year progresses. However, his hope is to move on to big belts in 2019.

If they do not materialise, it could open the door for the undefeated Heaney, who has built up a pro record of five wins with two TKOs already recorded, or lead to the belt becoming vacant.

Three of those victories came at King’s Hall including his last outing, wiping out Martin Kabrhel in just one round last October.

He also stopped Sean Gorman in the third round on the road, with further successes over Darryl Sharp, Emmanuel Moussinga and Patryk Buczek completing his ledger.

He’s closing in on a century of bouts, combining his amateur and pro experience, after coming through Stoke Staffs Boxing Club.

Heaney, who has established his own fan-base, believes he’s proving his potential and would be a creditable challenger, but agrees he needs to step up in distance first.

He said: “This should be my best fight so far and I’m really looking forward to it. It will be great to hear all of the ‘Stokeys’ cheering for me again!

“If I can get through eight rounds, pick up another victory and win well, then I’ll definitely consider myself ready for a title shot.

“Tyler is the Midlands champion, he’s a lovely lad and a great fighter, but I just think it would be a good one if we did ever meet in the ring.

“I know it would be tough, if we did ever get it sorted, and some people might claim that it’s too soon for me, but I had over 90 amateur fights.

“I’ve improved a lot since then and I’ve developed a style where I put more pressure on my opponents than I ever have before.

“I feel mentally prepared and I want to have a go at the Midlands, as soon as possible. I’d like for that to happen in months, not years. If Tyler moves on, I feel I’m in a string position for a mandatory shot.

“I’ve got a good pedigree, I’ve not been beaten as a pro and I don’t expect that to change on on April 13. The King’s Hall is my venue.

“I got the job done in the first round last time, I watched some footage of the guy and knew I’d catch him early. It was the result I expected, really.

“I was supposed to have Cristian Hoskin-Gomez, but he was ruled out with a cut. It was a shame that didn’t happen, because that would have been more of a test for me.

“I can’t afford not to perform, at this stage of my career, but I don’t feel under pressure, either. When I’ve seen lads lose, they’ve either switched off or they’re not good enough.

“I just want to make a statement and show how good I am. If I can put on the performance I know I’m capable of, it will be exciting.”

Jobburn is looking to bounce back from three straight defeats, one of those in a three-round Prizefighter type tournament and another for the Midlands super welterweight title.

A loss to Gary Cooper came at King’s Hall, where the game 29-year-old now returns to action determined to land a fifth win from nine outings, with one draw also on his pro record.

Lightweight prospect Johnson is aiming to make it a hat-trick of paid victories, after recording two points victories starting with his debut last year.

He hasn’t conceded a round so far as a pro and has a good grounding in the sport, having become a national titleist as an amateur.

Caci, from Newcastle-under-Lyme, is another product of the Orme gym and is unbeaten himself, with six points successes.

The 29-year-old is maneuvering his way down to the super middleweight division, having boxed mostly at light heavy so far.

Khan, also an Orme BC graduate, is set to debut.

A fourth win will be the target of Burntwood’s Troi Coleman. ‘The Hawk,’ a former kickboxer, has three points verdicts under his belt so far.

Liam Davies will now fight at Walsall Town Hall in Mat whilst Ross Hollis will appear at Walsall FC in the same month.

Tickets, priced at £35 standard or £65 VIP ringside with a buffet and waitress service, are on sale now. It will be £40 for entry on the door. For more information, contact the boxers direct.