Smith vs Eggington – What happens to the loser? 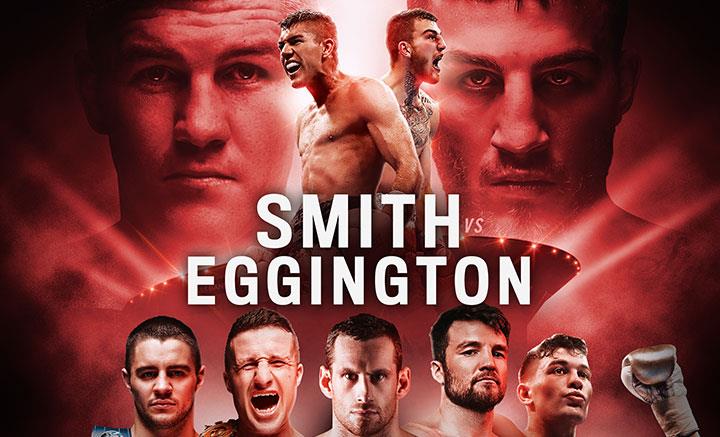 Does Eggington stand a chance against the former world champion? All questions answered this weekend! Matt Lewis previews the fight.

Although not necessarily the Last Chance Saloon for either man, you cannot help but wonder what happens to the loser of this co-headliner on Saturday at the Echo Arena in Liverpool, when Liam Smith takes on Sam Eggington in his home city.

Until recently, both were considered prized possessions of the British boxing scene. Smith, a former world champion who lost his belt to Saul Alvarez in 2016 (in which there is no shame) had bounced back from that defeat with a pair of wins over Welshman Liam Williams, one contentious, one less so. But a defeat to Jaime Munguia for his former WBO title has left him with few options, and none of them are an immediate return to world level.

Eggington, meanwhile, was enjoying an unexpected run at European and Commonwealth level. Wins over Frankie Gavin, Paulie Malignaggi and Ceferino Rodriguez shortlisted him for a future world title shot in the eyes of some, until a defeat to Mohamed Mimoune at the end of 2017 quickly extinguished such thoughts. Two comeback victories were followed by another defeat at the end of 2018 in what was described by Eddie Hearn as “an awful, poor performance.” A return win in February let the world know he wasn’t yet done, but serious doubts had already been cast about his future in the sport.

So now Smith and Eggington meet each other in a fight that will revitalise the career of one man, likely at the expense of the other. The odds heavily favour Smith; his world championship calibre and his superior boxing repertoire make him a 12-to-1 favourite, and it would be hard to disagree. He holds the edge in nearly every department; he is more experienced, is naturally the better boxer, has fought at a higher level than Eggington and has done so for longer. There are no sure things in boxing, but the bookmakers would have you believe that this is a fairly safe bet.

Does Eggington stand a chance? Of course he does. He holds slight advantages in height and reach, and statistically has the edge in power as well – a 52% KO ratio for Eggington compared with a 48% ratio for Smith. The real difference, though, could be in proverbial miles on the clock. Eggington has had tough fights, but Smith has been in one or two wars recently. The two fights with Williams saw him cut, bruised and unable to make weight. Alvarez sent him to the canvas several times en route to a 9thround KO, and Jaime Munguia dropped him in the 6th of a 12-round slugfest. He has been inactive since; his ring return on Saturday will be his first fight in 10 months. At 30 years old, is it also reasonable to assume there might be some ring rust to shake off before he is back to his best?

Perhaps, but not enough to stop him from defeating Eggington. Unless he gets dragged into a war, the sensible pick is for Smith to establish a lead by the middle rounds, then use his boxing ability to protect it and emerge as a winner on points. With time no longer on his side, Smith will need to move quickly to secure one more big title shot, while Eggington, with much rebuilding to do, will be able to console himself with the fact that, on this occasion, he at least was beaten by former world champion.