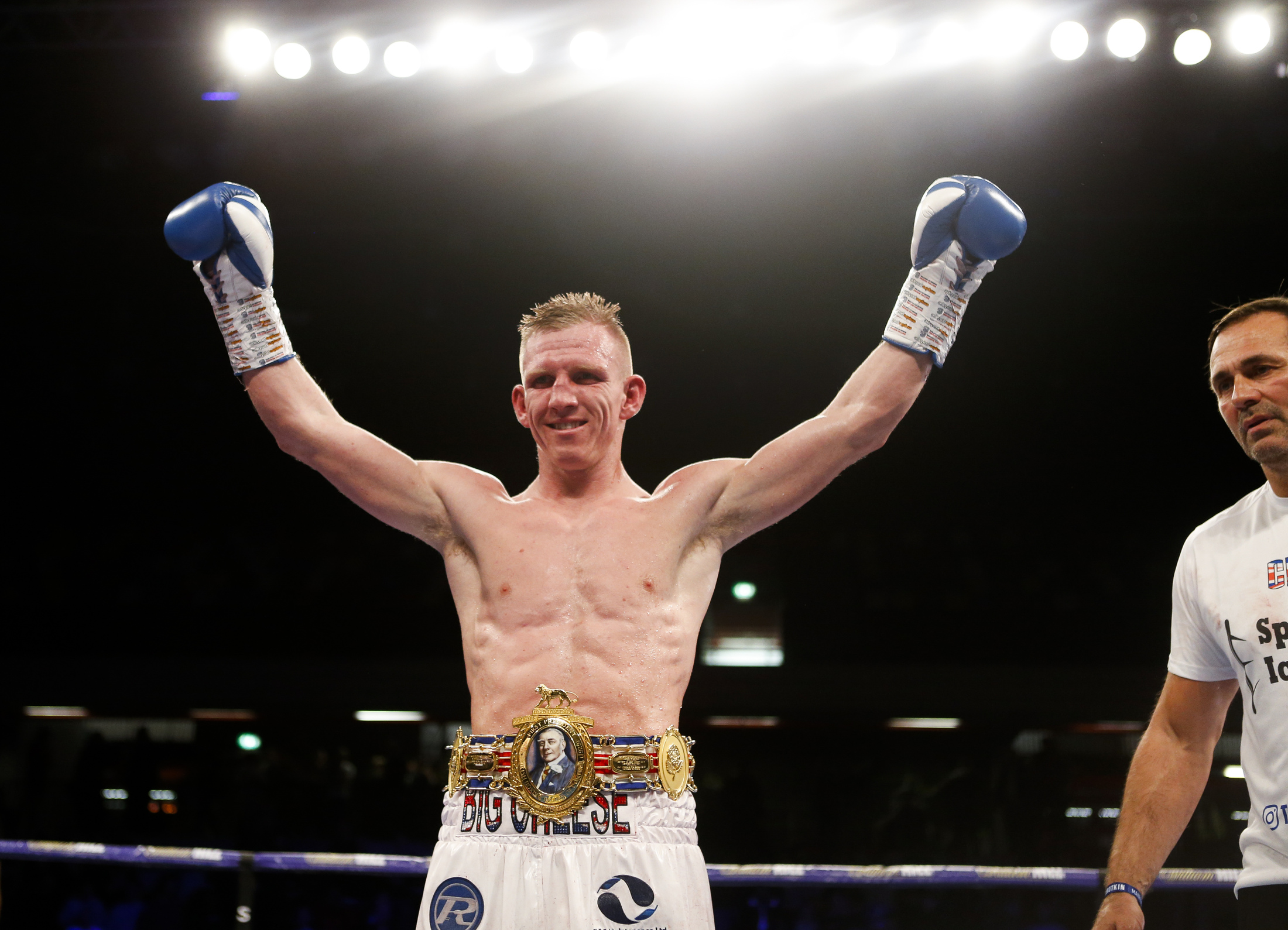 Sometime you win and sometime you learn. The only true loss in life is regret, looking back and thinking “What if I tried? What if I took that chance?”

There are two kinds of people in this world according to Theodore Roosevelt: those who know neither victory nor defeat but only point the finger when the strong men stumble and those who are actually in the arena doing the deeds and either triumph or go down fighting till the end. Put British Light Middleweight champion Ted Cheeseman (15-1, 9 KOs) in the latter category.

Having learned from his defeat in the European title challenge against Sergio Garcia in February and feeling an improved fighter, the man from Bermondsey is ready to clean up the domestic scene starting from challenger Kieron Conway (12-1, 3 KOs) when he defends the Lonsdale belt for the first time on June 21st JD NXTGEN card at York Hall.

BB: In retrospective, was it too soon to make the step up to European level?

TC: I don’t think so. I am not making excuses but let’s just say I didn’t give myself the best chance at winning. There were a lot of things going on in the background and I wasn’t 100% mentally ready come fight night.

BB: Do you regret taking the fight?

TC: Not at all, only how I prepared for it. Garcia is 29-0 and number two in the world for good reason but I stayed with him for 12 rounds and made him work till the last second. It was a tough experience but a learning one nevertheless. Now I know what it takes to beat someone at that level.

BB: What have you learned from it?

TC: I was in unbelievable shape but it’s not just about training and dieting, it’s about everything going on in your life. Small things can make a big difference. The lessons I took away are about my life outside the ring.

BB: What have you been working on in training since?

TC: I focused on a more patient and collected approach when attacking rather than just walking forward, using the jab more and creating angles, which I have always been capable of doing. My performance against Byfield would be a good example. Aside for refining the basics, I have been working hard to add that extra bit of speed and fitness required to be competitive above domestic level.

BB: Did you pick Fitzgerald to win against Fowler?

TC: Fitzgerald would have not taken the fight if he wasn’t capable of winning it. I always knew that much but still saw it as 50/50. And it was still in the balance after eight rounds of what was mostly a jabbing match. They both seemed to tire after but Fowler got clipped in the ninth as he was trying to go all out. The fact Scott could not finish the job and get him out of there is a sign to me that he had gassed as well.

BB: Based on that performance, how do you beat Fitzgerald?

TC: This was only his second 10 rounder and he looked knackered at the end. Also, Fowler was probably his toughest test to date. I am a different proposition altogether. I had loads of ten rounders and went the full distance a couple of times, always in high paced bouts. Add to this the extra work I did in training after my last fight and I think I will have too much for him.

BB: Would you still fancy fighting Fowler? Is it personal between you and him?

TC: No, it’s never personal in boxing. He talked a lot about me but that’s what fighters do. I talked about him too, only I can back it up. His main argument is that he performed at a higher level as an amateur, but we are in the pro game now. He failed his first test and for a title I already won. This just goes to show you shouldn’t run before you can walk. I think he has embarrassed himself a bit but the fight is still there. He is a big talker so it will always be marketable for the public.

BB: Moving to your next opponent, what do you make of Conway’s performance against Derrick Ousaze in the Ultimate Boxxer semi-final?

TC: I think the decision was just about right. Ousaze bullied him and he was always on the back foot and holding a lot. There weren’t a lot of clean shots landing for either one, but Derrick pressed the fight and looked fresher at the end.

BB: Are you confident you have the answers to his counter-punching style?

TC: 100%. It will be about experience and levels. He has never fought at the same level as me, never been past 8 rounds and never had a real test. Everyone started writing me off after my last performance but Kieron Conway would not survive with the version of me that fought Garcia, never mind what I am now. He won’t be able to deal with the pace. Come Friday next week, people will start giving me proper credit again.

BB: Based on your own experience, what is your advice to your stable mate Anthony Joshua after his shock defeat?

TC: What happened to me was a blessing in disguise and it might turn out that way for him as well. Whatever the mistakes he has made in that fight, he won’t be making them again. My advice to him would be not to pay attention to what anyone has to say. He has been the unified Heavyweight champion of the world and made a fortune out of boxing. He has nothing to be ashamed of.

BB: Who do you pick in the rematch?

TC: My heart is with Joshua, but you can’t take Ruiz for granted again. He will definitely be more confident this time. Plus, in heavyweight boxing, all it takes in one punch. It really is 50/50