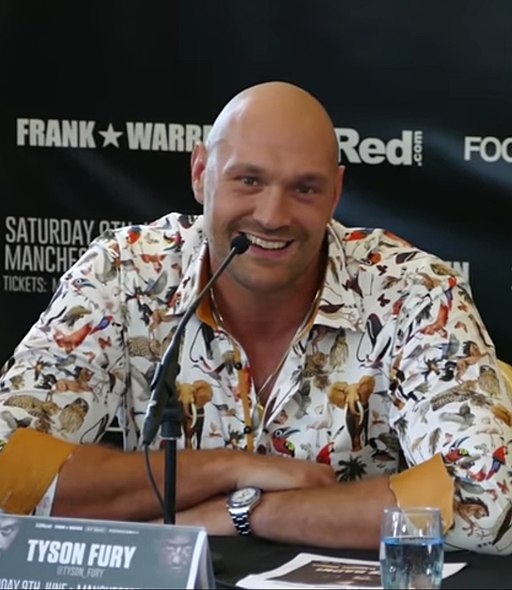 Tyson Fury is not one to take criticism lying down and has hit back at Anthony Joshua and Eddie Hearn who questioned the pedigree and world ranking of his last opponent, German Tom Schwarz who Fury stopped in Las vegas recently.

Fury’s 2nd round victory came two weeks after Joshua’s shock defeat to Andy Ruiz Jr in New York and the Gypsy King rebuked Joshua and Hearn’s taunts that Schwarz was not a creditable foe and questioned the German’s world ranking of 56 by the governing bodies. “Thoughts on Tyson Fury’s win?” Joshua wrote on social media. “He done what he had to. I could talk s*** but he done what he had to, well played to him. “I wanna go back to fighting some easy opponents,” added AJ, before being asked where he was ranked. “56th. I think, why am out here doing all this s*** myself? D’ya know what I mean?”

Promoter of Joshua Hearn, also weighed in on Fury’s choice of opponent when he told Boxing Social, “I don’t want to criticise Tom Schwarz but I’m not sure he’d win a British title. For Tyson, again, amazing entertainer, and good luck to him, made a load of money from a fight that was never going to be competitive for one second.”

Fury gave his response this week to the digs from AJ and Hearn when he told iFLTV “I’ve seen something from Joshua recently saying he wishes he could go back to fighting easy opponents. “Couldn’t get any easier than the opponent he had, could he? Two weeks notice and fat as a pig. I don’t think they come much easier than that, mush.” When referring to Ruiz.

According to Fury, Hearn’s words also come from his own frustration after watching Joshua get stopped against Ruiz. “I’ve seen something from Joshua recently saying he wishes he could go back to fighting easy opponents.

Fury went on to suggest that Hearn only credits boxers in his own stable anyway and went on to say “I have no interest in anything Eddie Hearn! said Fury. “Of course Eddie Hearn would say something negative, wouldn’t he? Because his golden goose has just been splattered by a fat man so he’s gotta try and discredit me.”

“Let me guess? Tom Schwarz is rubbish, but Dillian Whyte’s brilliant? And Joshua’s brilliant, but Tyson Fury’s rubbish Everybody who he doesn’t have is s***, but everybody he has something to do with is great. You cannot listen to a word the man says.

“In my opinion he knows nothing about boxing because he got Derek Chisora beat by Agit Kabayel for not doing his homework. And he got Joshua beat by Ruiz because he looked at the man’s body and didn’t study boxing.”

It is believed Joshua and Ruiz are close to confirming a rematch for later this year, while Fury is lining up his next fight in the States on either September 7th or 21st in New York at Madison Square Garden, opponent TBC.

The WBC heavyweight champion Deontay Wilder is matched up to rematch Luiz Ortiz on September 28th in LA and remains on course to take on Fury in a rematch in early 2020.

If Joshua can win the rematch with Ruiz then he will surely be guided to face the winner of Fury-Wilder II and we would then be some way closer to knowing who is the No1 in the heavyweight division. Or will Ruiz throw another cat amongst the pigeons? Whatever happens it is sure to be exciting! Be sure to see the stakes here, if you think betting on boxing is fun check out theboxingbet.com