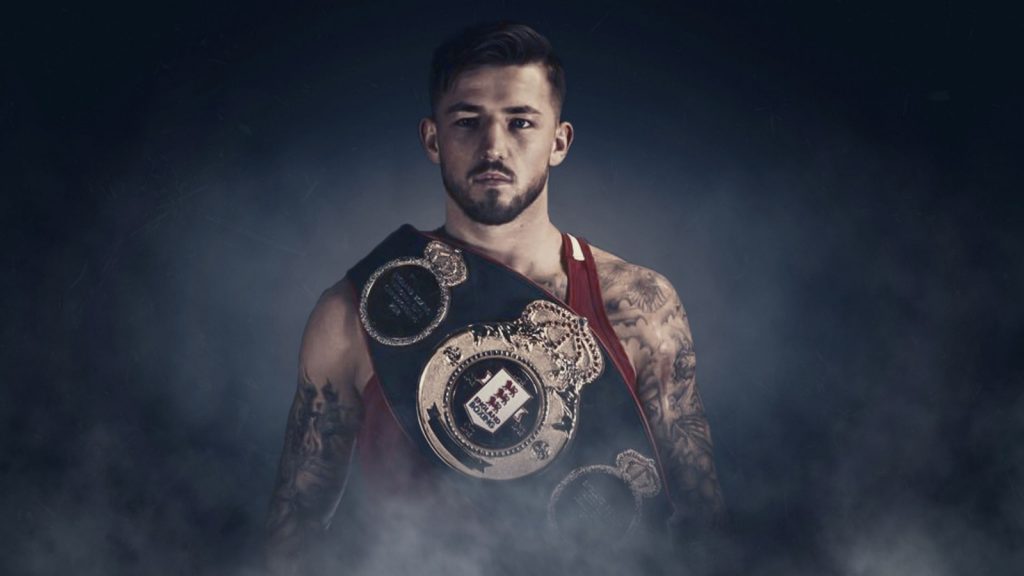 Josh Taylor gets May homecoming

Taylor emphasised: “I am super excited to kickstart the new year with a fresh start and with a new team. It’s great to have the teams at MTK Global, Queensberry Promotions and Top Rank in my corner.

“I’m delighted to be fighting on BT Sport and ESPN+ and even more so that this is happening in Scotland in front of a home crowd who have waited so long for this! I can’t wait to get the ball rolling with putting on a great performance.”

MTK Global CEO Sandra Vaughan added: “We’re delighted to be working with BT Sport and ESPN+ to put on a show of this magnitude in Scotland with an incredible talent in Josh Taylor.

“Josh is a true ambassador for Scottish boxing and we are thrilled to be working with him and the teams at Queensberry Promotions and Top Rank to make this happen.”

Taylor’s promoter Bob Arum of Top Rank also stated: “Josh Taylor is a truly special fighter who is set on becoming the undisputed 140-pound champion in 2020. I have no doubt he will put on a sensational performance for his home fans. I can’t wait for ‘The Tartan Tornado’ to return.”

Promoter Frank Warren added: “I am delighted that we are able to be part of bringing Josh Taylor to Glasgow at such an important juncture in his career.

“Josh is destined for many big fights over in the States but he has got business to attend to first on the home front and this presents an opportunity for the Scottish fans to really get behind their man in huge world title action.”

Taylor will be fighting at the same venue at which he first became a world champion in May 2019 when he comfortably outpointed Ivan Baranchyk.

Charismatic Luton boxer, Jordan Reynolds has signed with MTK Global as the amatuer star begins the next chapter of his career in the professional ranks.

‘The Wanderer’ joins the paid ranks having earned Team GB selection and was Senior ABA champion, GB Best of Britain champion; winning multiple national titles and seven London crowns – earning a reputation as one of the most promising fighters in the country in the process.

Reynolds said: “I’m ready to go. I’ve done my apprenticeship as an amateur and I’m ready for a new chapter in my career. I want to make my debut as soon as possible.

“I think I’ve always been suited to the pro game. Growing up in the amateurs, everyone always told me I should turn pro but I stuck it out on the Olympic team to learn and travel the world.

“Now I’ve got the tools, I’m ready to take the pro game on. I’ve branded myself a bit differently – I was born in the wrong era. I love a bit of a sing-song and a bit of Elvis Presley.

“I do the jiving and the lindy-hop, a bit of 1920s Charleston. Give me a few fights and make me look good and then I’m there on Strictly Come Dancing!”

MTK Global Professional Development Coordinator Jamie Conlan added: “This is a truly elite signing. Amateur pedigrees don’t come much more impressive than Jordan’s but the most exciting thing is that his style is more suited to the professional game.

“We’re thrilled to bring him on board and everyone is looking forward to his debut. He’s the complete package because he’s a great fighter in the ring and a huge character out of it. This journey is going to be a lot of fun.”

Oldham’s Mark Heffron once again showcased his devastating power, with a brutal first round knockout of Ondrej Budera on Saturday evening.

Topping the stacked Black Flash Promotions card at Oldham Leisure Centre, Heffron wasted no time in blitzing to a 59 second victory in front of his home fans.

Recording his fourth consecutive victory, ‘Kid Dynamite’ started with intent as the pair engaged in explosive exchanges, before the tough Czech crumbled to the notorious power of his 28-year-old opponent.

Much to the delight of his vocal and sizeable following, the 24-year-old was happy to trade with the gutsy Moreno. Rafferty’s next contest will take place on the undercard of April’s much anticipated Ultimate Boxxer show.

To read the unmistakable Tommy Dix’s take on the full card, click here.

Jimmy Egan looks back on time with Tyson

As the dust settled on a spectacular night in Las Vegas, BBTV caught up with the amateur coach of the man who conquered the heavyweight division in spectacular fashion.

Jimmy Egan took a trip down memory lane, as he revealed whether he felt any nerves prior to Fury’s annihilation of Deontay Wilder, as well as what the Gypsy King was like whilst he was learning his craft in the unpaid ranks.

Following what will go down as one of the best British performances on American soil, we also spoke to trainer and former British, Commonwealth and European champion, Jamie Moore about the potential superfight that has everyone talking.

Following Craig Richards’ unfortunate withdrawal from his clash against Shakan Pitters due to viral infection, Newark warrior Chad Sugden has landed a huge opportunity to take on his  Birmingham rival for the vacant British title in Midlands derby thriller.

The mouthwatering clash takes place on Saturday 28th March at the Coventry Skydome, exclusively live on free-to-air Channel 5 in the UK.

Sugden, who was originally scheduled to feature on the undercard, stated: “It’s a dream come true.

“From fighting Richards at one week’s notice and getting a draw and then being constantly in the gym training over Christmas and New Year looking for the next fight, to then getting a slot on the undercard of Pitters versus Richards and to now getting a shot at the British title is the stuff dreams are made of.

“I’m not getting carried away with it though, the reality is I’ve got to now train like never before and make this dream real and win the British title. I’ll go into the fight as the underdog and I love that because I know I can cause a huge upset.”

Terry Flanagan to return to lightweight

Former world champion Terry Flanagan emphasised to BBTV he is ready to do some damage at lightweight, as well as who sees a clash between his old foes Regis Prograis and Maurice Hooker panning out.