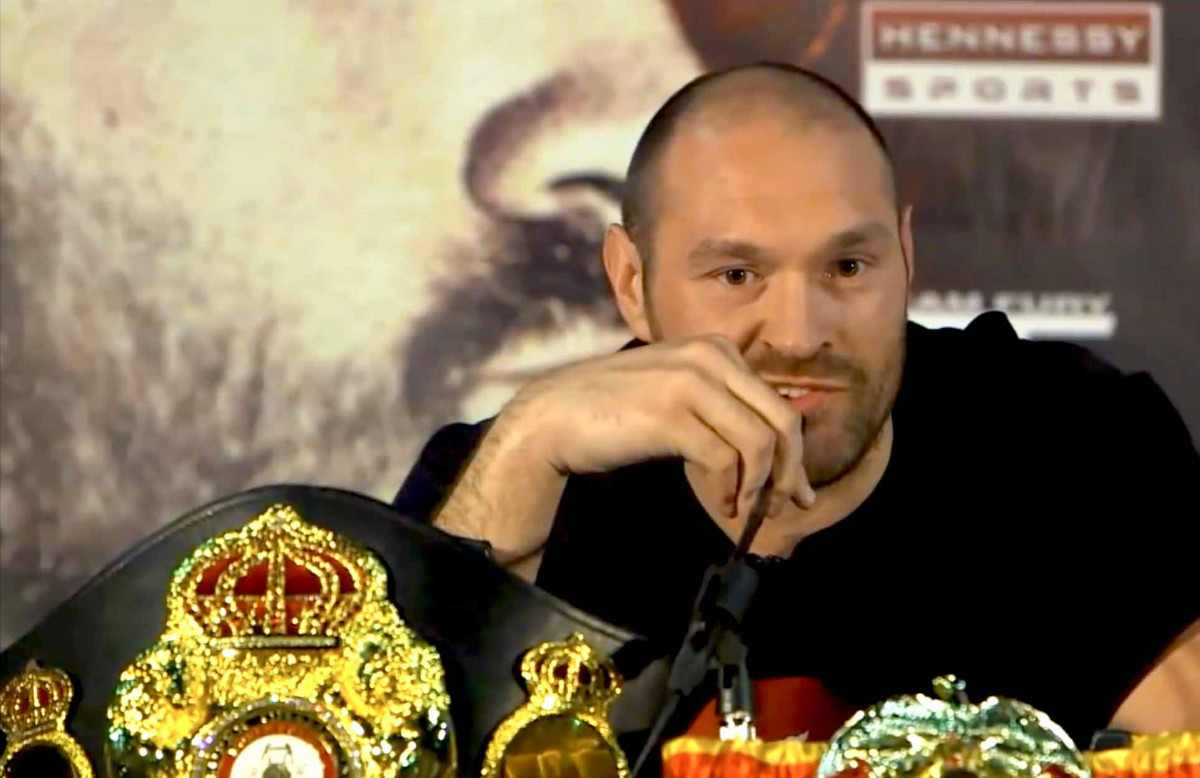 In the early hours of Sunday morning, the world’s fight capital will host the latest chapter in the captivating story of modern heavyweight boxing, as Tyson Fury and Deontay Wilder reignite their gripping rivalry.

It’s a spectacle that won’t only see the Ring Magazine Heavyweight Champion crowned, but  will also amplify two characters that have been pivotal in engaging the attention of the masses back on heavyweight boxing.

The turbulent split-decision draw between the two back in December 2018 underlined the unpredictability of the much anticipated rematch. Nonetheless, there are factors that could prove defining in how this story unfolds and who is crowned the king of the heavyweight division in Las Vegas.

The declarations of Fury and his team that this time, the game plan is different and they’re going to embark on a more aggressive approach by trying to dispatch of Wilder early have been met with understandable scepticism.

That being said, there are signs that Fury’s publicised intentions to meet fire with fire should be taken with a little more seriousness, not least that he has united with the Kronk Gym and Javan SugarHill Steward.

Dating back to his legendary uncle Emanuel ‘Manny’ Steward, aggressive rangey fighters pursuing a stoppage is something that has been synonymous with the iconic Detroit gym. The most notable example being Thomas ‘Hitman’ Hearns, as well as Fury’s cousin Andy Lee, who has been a key part of the camp in the run up to this bout.

A giveaway as to whether the altered approach is genuine will come at the weigh in, should the 31-year-old step on the scales heavier this time out, then his intentions will be undeniable.

Furthermore, there have also been rumours that Fury could resort to something that gave him success early in his career and attempt to outwit Wilder from the southpaw stance. However, in spite of his mesmerising slickness, switching against a man who possesses arguably the most devastating right hand in boxing is an ominous risk for ‘The Gypsy King’.

Manchester’s former World Champion, Ricky ‘The Hitman’ Hatton worked with Fury prior to the first fight, speaking to BBTV, he emphasised his surprise at the potential change in tactics.

He added: “Everything looks positive from what I have seen on social media, he’s looking confident. I’m not quite happy about when he says he’s going to stand there and have it out with him and try and knock him out, that worries me. But, I’m assuming that’s Tyson, just being Tyson Fury, as he does.

“Tyson has come a long way, it’s been a long journey for him, mentally, all the demons he’s come through, the weight loss, putting the draw behind him because that must have been devastating because he won that fight. It’s a massive night, not just for Tyson, but for British boxing.”

Throughout the first contest, the effective feinting of Fury continued to hinder Wilder as he sought to find his rhythm to attack.

Showcasing the bewildering movement and ring craft that has helped him get to the top, whatever Fury was selling during the first 12 rounds between the two, Wilder brought. And, given the vicious nature of the American’s shots, any asset that can halt him from setting his feet and finding his range can be pivotal to ensuring Fury is able to set the pace and achieve a monumental victory.

A possible concern is that because the pair have shared a ring for 12 rounds already, Wilder may be less vulnerable to succumb to Fury’s movement and ability to fluster his opponent.

His unmistakable movement wasn’t the sole weapon in hampering the forward progress of Wilder, a sinister and regular jab was fruitful for Fury as in the eyes of many he affirmed his authority throughout the majority of the contest in 2018.

Although it pales in comparison to his forceful right hand, the lead hand of the WBC Champion has become an increasing cardinal part of his arsenal as well.

It’s significant in assisting with his shattering equaliser and, if Fury can win the battle of the jabs, it may provide a clear path to nullifying the Bronze Bomber’s most likely route to victory.

Furthermore, his size and stature means that when Wilder glares into the opposite corner in Las Vegas, he’s faced with a rare proposition, establishing his jab and finding his range against a taller and longer opponent.

In what became more wearying night than anyone anticipated, Fury managed to defeat Otto Wallin but didn’t come out of the September contest unscathed.

The damage, which was inflicted in just the third round, became increasingly concerning into the latter stages of the bout, as the unknown Swede followed up his left hand with an onslaught of just about everything he had at the worsening wound to Fury’s eye.

It’s hard not to believe that had the stakes not been so elevated, the cut he obtained that night would have caused the contest to be stopped, however with the permission of the officials he showed fortitude and desire in abundance to get his hand raised.

Fury has hired iconic Jacob ‘Stitch’ Duran for this weekend and the pair have remained adamant that it hasn’t had any impact in the buildup, the fear that it will become a defining factor on Saturday does still linger nonetheless.

So severe was the wound, it caused many to question whether Saturday’s scheduled rematch would be postponed, yet whether it has any impact on the fight remains to be seen.

Since the last fight, both have won twice and whilst Wilder’s opponents were held in higher esteem, the fact that Fury has been able to fully rid himself of any ring rust and retain his fitness could be significant.

The case has been made that he took the first fight with Wilder far earlier than he should have. Now, in 2020, two fight camps and a blistering win over Tom Schwarz followed by a gruelling defeat of Otto Wallin later, ‘The Gypsy King enters the ring with no signs of ring rust and will likely be a much sharper more zestful version of the man that outboxed the WBC Champion for much of their 2018 bout.

On the other hand, Wilder decimated Dominic Breazeale in brutal fashion, before coming from behind to beat Luis Ortiz with another highlight reel right hand. Although before the finish he looked far from impressive, the seventh round stoppage reiterated that the American is dangerous at any given moment within the fight.

He’s seemingly become more sophisticated in his approach to landing the right hand as well, disguising it with greater guile and setting it up with his long lead hand. His delivery could be crucial if he is to avoid missing and flailing with an excessive amount of shots on Saturday, as he did during the last bout between himself and his English counterpart.