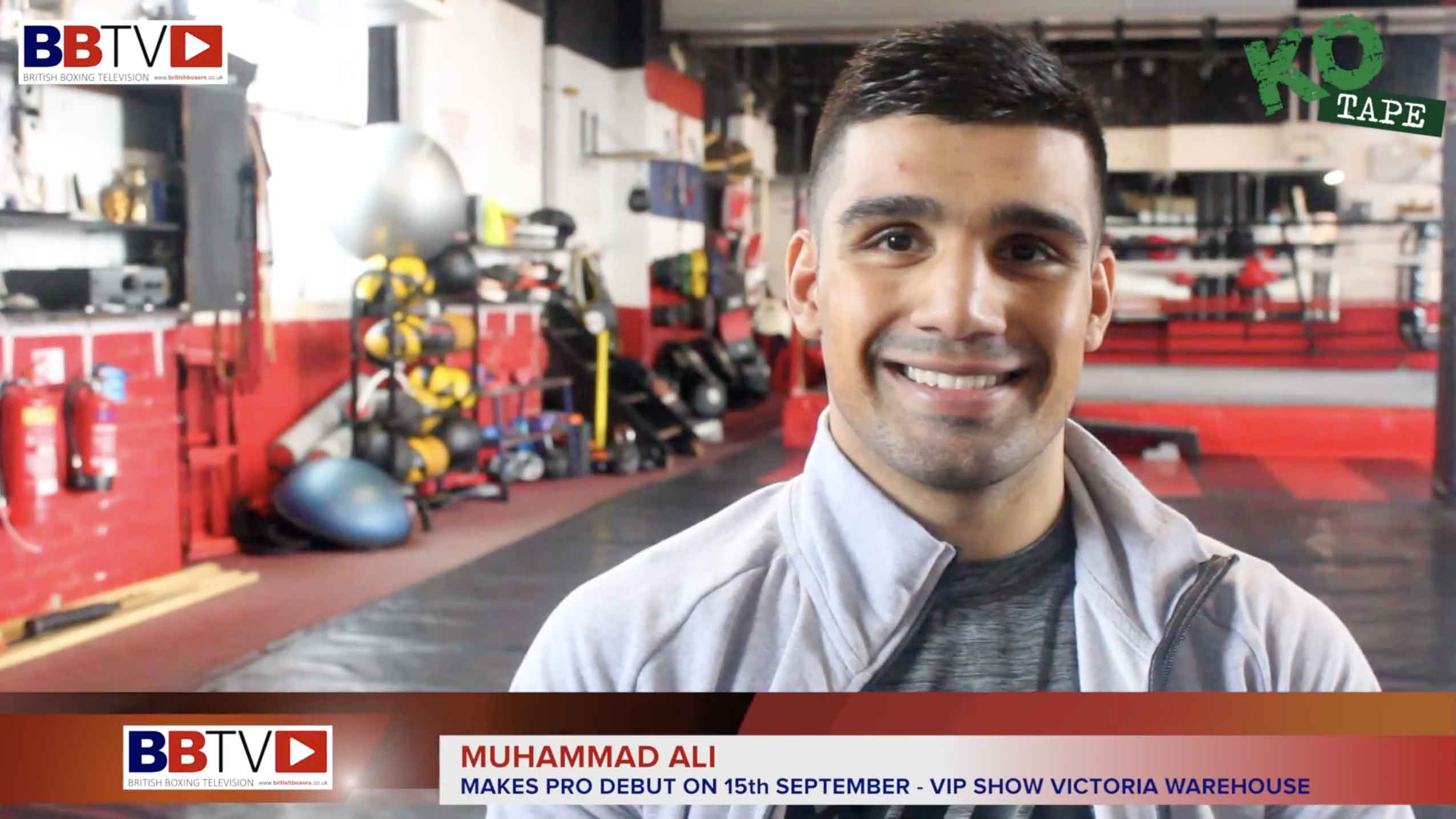 Type 1 diabetic actress, Jade Byrne, is to host undefeated Rochdale prospect, Muhammad Ali, in this week’s YouTube episode of Prick Me Up.

A weekly, online interview show Byrne created during lockdown has continued to go from strength-to-strength and, with interesting, and differing interviews every week, and with fellow diabetics, she continues to push the boundaries.

Ali, who is nicknamed ‘The Diabetic Kid’ is an undefeated fighter with a 6-0 record. Having already undergone one battle in order to get his professional fight licence, the 27-year-old continues to do battle in the ring, marking his debut with a PTS4 success over Andrej Cepur, in September 2018.

It took him three years to gain his licence from the BBBofC having been diagnosed with Type 1 Diabetes at a young age, but he continues to inspire others on a daily basis.

His motto, which he uses to both inspire and motivate others states: “Diabetes is a condition, not an illness; I’m just like any other ordinary person. Life is not about waiting for the storm to pass by but learning to weather the storm. One day, I’d love to say I lived by diabetes.”

With the diabetes connection, and the fact both Jade and Muhammad use that to inspire and motivate others makes for an interesting one-on-one session between the two.

Ali explained: “I met Jade at TADTalk in 2018. It’s pretty much straight forward as we’ve attended many diabetic events together.

“With me, they (non-boxing fans as well as fans of the sweet science) will see a chilled out, enthusiastic individual, someone who’s willing to give people advice and excitement at the same time.”

Byrne added: “I think it’s totally admirable and just fantastic that he’s managed to make a change in the British Boxing world.

“I believe this will ultimately benefit loads of other people with Type 1 Diabetes and other hidden illnesses.

“I know that people watching can expect both entertainment, as well as an insight into what it’s like to manage Type 1 Diabetes and sport.

“They can probably expect me to throw a few duff punches too,” to which Ali responded, laughing, that “I’ll teach Jade how to put someone to sleep!”

She commented: “I’m looking forward to it, I once did a tiny bit of boxing with Michael Dicks (DBMA Darlington) for a photoshoot, but this will be a proper little session, and I can’t wait.”