A new era for British boxing: Thrive or survive

At the start of the summer, Eddie Hearn emphasised the first rule of Fight Camp was ‘no easy fights’, yet on the last week of Fight camp as Dillian Whyte lay poleaxed on the floor from a perfect uppercut at the hands of Alexander Povetkin, everyone at ringside was left shocked.

Why was everyone so shocked if it was the competitive fight they’d been telling us it was? And when you’re facing the level of competition that Whyte is facing fight after fight then picking up the occasional loss is inevitable.

The week prior Shannon Courtenay surrendered her unbeaten record to Rachel Ball in the away corner, before that Terri Harper got a contentious draw with Natasha Jonas and on the first week of Fight Camp Sam Eggington dropped a points decision to Ted Cheeseman in a fight of the year contender.

Each one of these could be considered an upset, and boxing has bred a culture where a loss will often see a fighter written off yet in these all these instances no one is writing off Eggington, Courtenay or Whyte. If anything it’s whetted the appetite for us to see them rebuild, right their wrongs and come again.

It’s hard to believe Sam Egginton is only 26 as it feels he’s been around forever. Savage Sam already has seven losses on his record, if you fight the level of opposition Egginton fights then losses will happen, as will the wins and it’s about the competitive nature of the sport rather than padding the record. The audience doesn’t write the Jon Pegg trained Birmingham man off, how can you? The guy is in real fights, and the audience wants to see real fights regardless of who the victor is.

Often times the trajectory for a young prospect is to pad their records with numerous journeymen before stepping up to face more live opponents. Some step up and pass those tests with flying colours whereas others lose to be written off, they may step back into keep busy fights yet the audience tend to lose much of their interest making it difficult for the career to continue.

Other sports don’t focus on the loss to such a degree, in the history of the football premier league only one team has remained unbeaten throughout a season and it’s highly celebrated as an exceptional achievement, same in rugby when a team wins a grand slam in the six nations yet rather than being an exceptional achievement in boxing – an unblemished record is expected.

A quick glance at the closest sports competitors records in MMA, there are very few unblemished records where these are an exception rather than the rule. Greats in the sport hold records with many losses and it doesn’t lower their market value to the fans. The culture in other combat sports also has a win or learn mentality – amateur boxing, and numerous martial arts.

So how come boxing has bred the culture that an unbeaten record is so important and a few losses means it’s curtains for a career? Sure there are great fighters who have held onto their 0 until the day they retired, though they’re the exception rather than the rule. Joe Calzaghe, Andre Ward and Floyd Mayweather spring to mind as lucky ones who sailed off into the sunset though they aren’t responsible for the problem of the fascination with the unbeaten record.

In the 90’s and early 00’s fighters would be built up with an array of journeymen before eventually coming head to head with another unbeaten fighter with the promotional campaign of someones 0 has got to go.

It’s easy to be drawn in, and it’s still exciting to this day when there are two unbeaten fighters against one another knowing neither has tasted defeat. It tends to help promotion, ticket sales and PPV buy rates. It’s happened where unbeaten fighters have taken keep busy fights to leave their fight to grow and simmer only for one to suffer a loss ruining the best-laid plans, and on the flip side Groves vs Degale fought where the loss didn’t stop either from getting to world honours and had they rematched the fight would have been even bigger.

Glance at a decorated MMA fighters record and there will be a fair few losses, yet in boxing a few losses and question marks are raised about their career. People tune in to watch an MMA event knowing they will see good contests throughout, same with amateur boxing yet a small hall boxing event will have each boxer’s supporters, heading to the exit as soon as their fight is over and that’s where boxing may be missing a trick. By not seeing real competitive fights, the audience disengages and only pays attention when they have an emotional attachment to a participant.

And therein lies the problem, where the crossover could be used – the opportunity for those in attendance to get pulled into another contest is minimal therefore they don’t tend to follow others and when the boxer they have an emotional attachment to leaves the sport they may not be back to watch it. Compare this to football where fans turn up week in week out, or MMA where fans simply tune into an event.

Very few boxers have a record filled with fighters who hold winning records at the time of the contest and no one is expecting every fighter to follow Vasily Lomanchenko’s style of facing a murderers row so early.

Journeymen still have their place, early pros still need time to adapt and time to do the rounds though there has to be a limit. On a recent MTK show identical records of 4-0 faced off as Pierce O’ Leary beat Jacob Quinn, and the hope Quinn can come back from the loss proving that an early loss in competitive fights will not hold fighters back.

These sort of contests give the fighters quicker learning, keep the audience entertained and will shoot them up the rankings to titles quicker. The odd loss may hurt someone’s pride for a short while yet the greats lose in every other sport, dust themselves down and come again better.

Anthony Joshua was asked after his fight second fight with Andy Ruiz Jr if he would have quit had he lost to which he emphatically replied absolutely not, and then he sarcastically asked Andy is he going to retire due to losing. He continued to saying that the media needs to stop telling everyone to retire once they lose. Following Whyte’s loss, AJ backed him saying Dillian will come back from this and he has full faith showing his sentiments were genuine in the Ruiz post-fight interview.

In a post COVID world, maybe it’s time for boxing to adapt and change the culture its been following for many years. Over the years, there have been purple patches for weight classes or standout stars though the sport as a whole has struggled so this culture change could bring the sport into a new golden era that would be sustainable for future generations. Boxing’s always been really unique compared to other sports – now it seems is the time where it can learn from other sports to better itself.

The culture change may have a few older heads resistant, and it’s often said that change needs to come from the top. If the attitude of ‘losses aren’t fatal to your career’ is good enough for Anthony Joshua than surely it’s good enough for everyone else. Boxing now has a rare chance to reinvent itself to thrive and if it doesn’t choose to do it by choice now, it may be forced to do it later on just to survive. 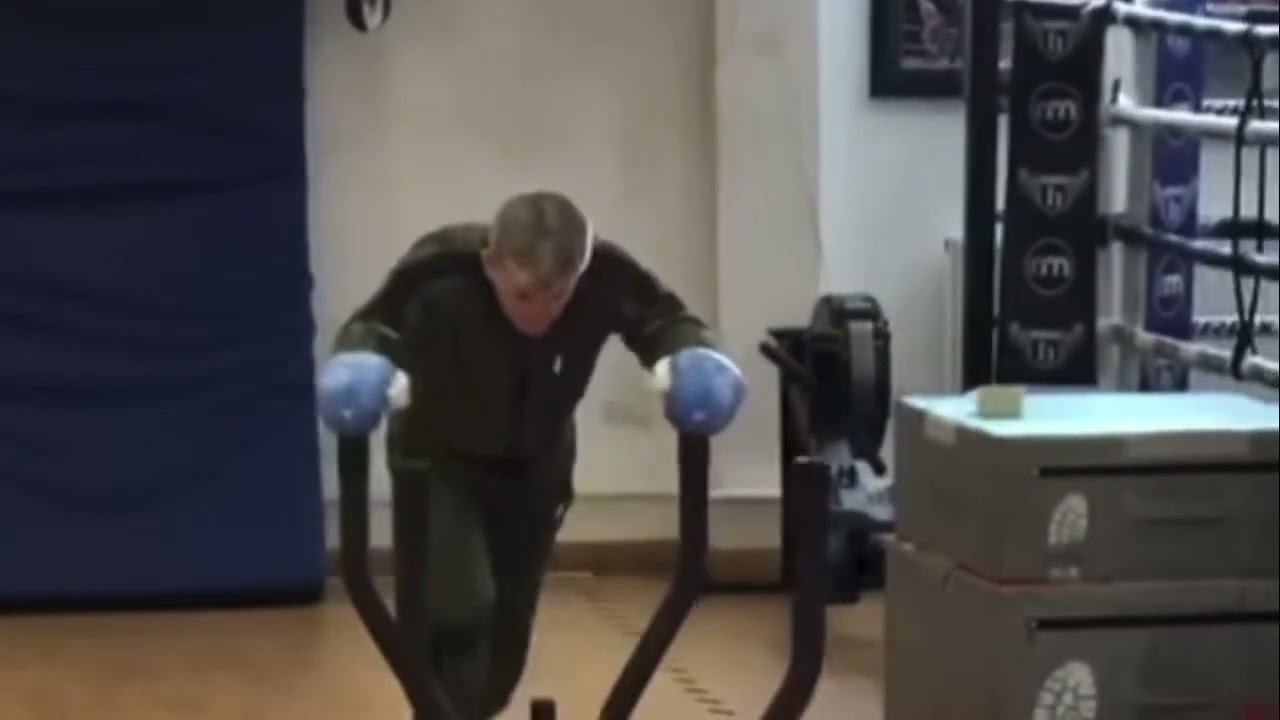