Everything at stake! Ennis-Brown and Maxwell promise a compelling Commonwealth clash 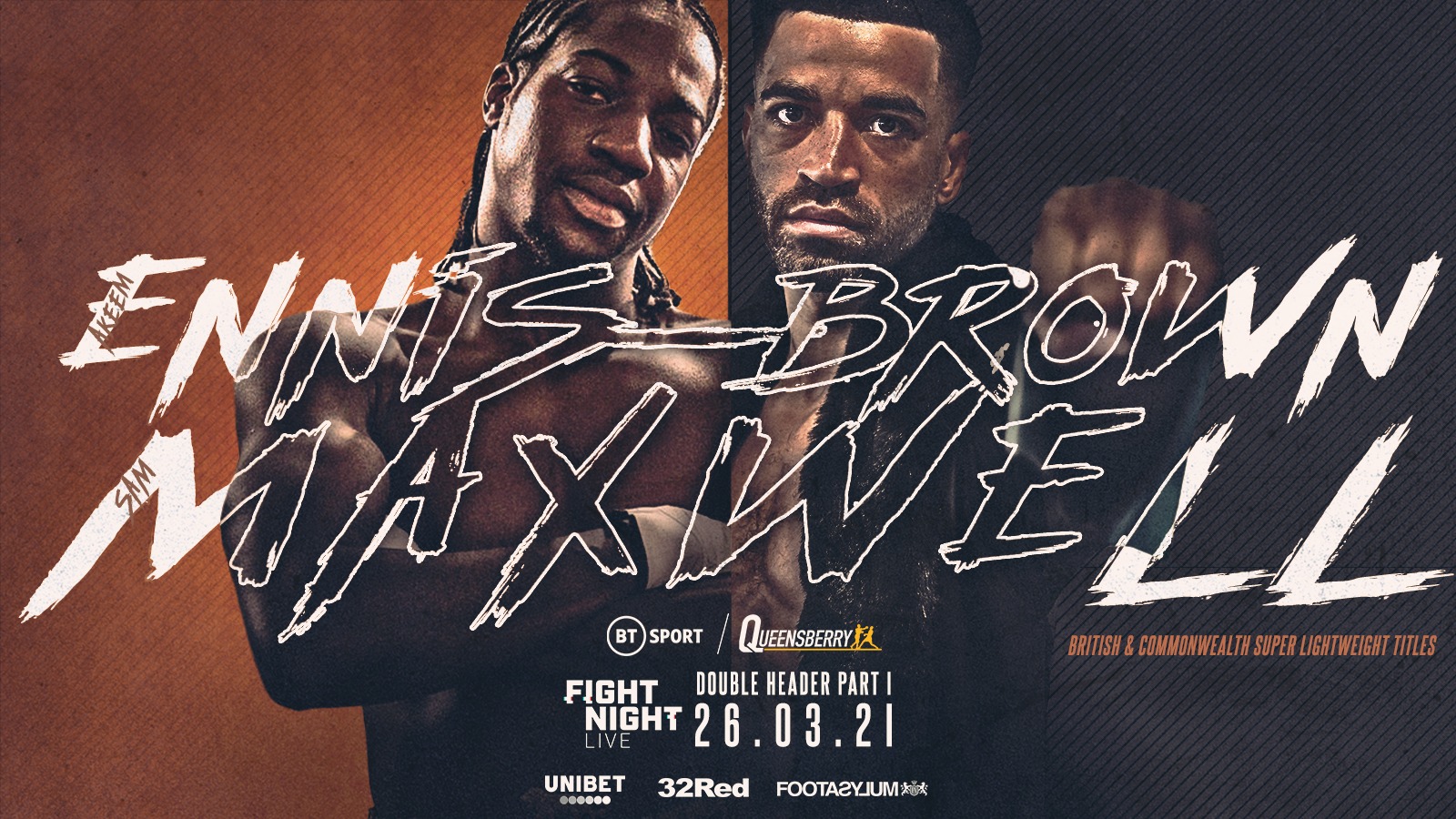 The British and Commonwealth and British titles are up for grabs but for two super-lightweights you can already see it’s about much more. Sam Maxwell challenges Akeem Ennis-Brown at the Birmingham Arena on Saturday 28th August, with big potential rewards for the victor.

If you needed a reminder of the significance of the fight for both men you only need look at their most recent press conference. A feisty, tetchy affair Ennis-Brown pushed Maxwell in a clash fueled by genuine spite. The pair recognise everything is on the line.

Ennis-Brown and Maxwell share unbeaten records but that is largely where their similarities end.

The champion Ennis-Brown hails from Gloucester, his first coach his older brother, with early informal spars against big men in the local neighbourhood. Although limited amateur experience, he did box Ted Cheeseman in the youth ranks but his success has largely stemmed from impressive wins as a professional.

A tricky southpaw who likes to keep his hands low, he’s proved an elusive opponent for some capable contenders. Glenn Foot outmanoeuvred for the English Super Lightweight title, Chris Jenkins beaten in 2018. More recent conclusive wins. First over Bilal Rehman for the IBF European Super Lightweight title and most recently Philip Bowes for the Commonwealth and vacant British titles.

A defensive boxer capable of making his opponents pay the only slight criticism is a lack of knockout victories – he boasts just one stoppage win in fourteen professional fights.

Maxwell’s schooling is well known. A product of the Salisbury ABC gym he grew up training alongside boxers the quality of Liam Smith. A Commonwealth bronze medallist in 2014, where he lost to current Super Lightweight king, Josh Taylor, he twice fought against Vasyl Lomachenko as an amateur.

Eleven knockouts in fifteen bouts as a pro, Maxwell’s power late on has got him out of some difficult situations. No more so than a last-gasp knockout against Sabri Sebedi, the Frenchman gloating knowing he was well up on the scorecards.

Maxwell is a tough orthodox fighter and there are a number of tests he must overcome to beat Ennis-Brown. Some may be ones the champion has laid himself. Ennis-Brown has goaded Maxwell in the build up with personal insults about his partner. Undoubtedly laced with spite there’s some calculation there too. Ennis-Brown boxes well on the back foot and the accepted wisdom seems to be he will be difficult to get to. But closing that distance seems to be Maxwell’s best chance of victory so it seems difficult to not see this being an interesting fight.

Can Maxwell shut down the space and get to the man from Gloucester? Or will the champion prove too awkward, too elusive for Maxwell to overcome?

With Maxwell now thirty-two you may suggest the pressure is on the challenger. A loss against Ennis-Brown will prove difficult to come back from. But the champion’s reaction at the press conference made clear that for Ennis-Brown plenty is on the line. Though only twenty-five, Ennis-Brown’s marketability relies a lot on an unblemished record. The scalp of Maxwell would add to that but defeat against the man from Liverpool would likely draw criticism. How do you market a man with a single knockout to his name?

What’s next for the victor in Birmingham? A whole host of potential British dust ups. Lewis Ritson, Tyrone McKenna and Ohara Davies all spring to mind. All are good fights and, for both fighters, significant pay packets.

An old school Commonwealth tussle with everything at stake, Saturday’s bout should be one worth watching.