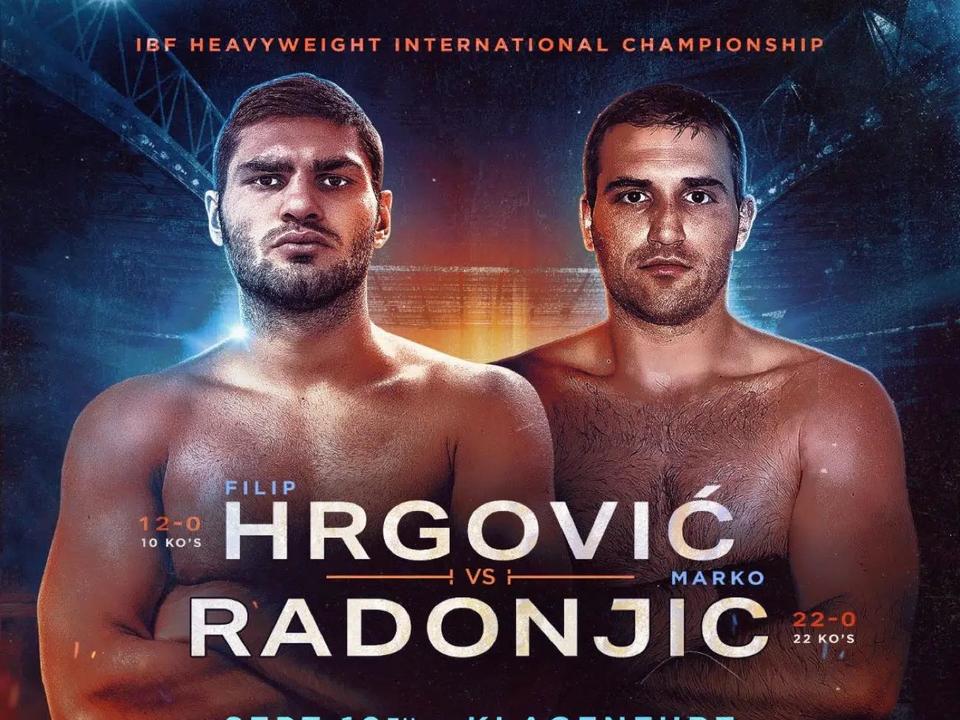 Filip Hrgović returns to the ring on Friday, 10th September in Austria to headline a Heavyweight showdown against unbeaten Montenegrin, Marko Radonjic. After 14 months out of the ring, Hrgović will be aiming to continue his assault on the Heavyweight division which has seen him noted as one of the most feared and avoided heavyweights on the planet.

However, he will need to ensure that he beats the man in front of him in the form of unbeaten Heavyweight, with a perfect record of 22 Fights, 22 Victories and 22 Knockouts, Marko Radonjic. His record does look impressive, but it is always important to look at the opponents he has faced, and their records.

A big name in the Heavyweight division, it is always exciting watching Hrgović fight. He has immense knockout power and has all of the attributes to gain a mandatory shot at the World Titles, being ranked #3 – IBF, #9 – WBC and #13 – WBO. He is on the cusp of a very big fight to really catapult himself right into the World Title mix (which we all hoped would be against Michael Hunter at one stage).

The undercard is stacked heavily with British talent. John Ryder (29-5/16 KO’s) will be aiming for a straightforward victory over Jozef Jurko (who campaigns at Cruiserweight), to ensure his fight with WBA Regular Middleweight World Champion David Morrell remains intact. After his impressive display against Callum Smith in Liverpool, Ryder has been focused on getting another big fight with the World Title ambitions still at large.

Dalton Smith (8-0/7 KO’s) also features on the undercard, where he comes up against Spaniard Brian Palaez (10-5/1 KO) in a Super Lightweight clash. Dalton Smith has been very impressive in his 8 professional fights, and the Sheffield man has been tipped as one of the UK’s rising stars, with notable victories over Nathan Bennett and Lee Appleyard. The current English Super-Lightweight Champion will be aiming to continue his tremendous run in the pro ranks.

John Hedges Jr. (2-0) will also be back in action in Austria. The opponent named for Hedges is Croatian Frane Radnic (11-25). The Super Middleweight fight will be The Gentleman’s third outing, and what a fantastic experience it will be for him to be fighting abroad for the first time in his professional career, so early on.

Where to watch
UK fight fans can watch Hrgović Vs Marko Radonjic along with the undercard action live on DAZN. Coverage starts at 18:50 in the UK.