Marsden and Jones serve up epic for Southern Area title 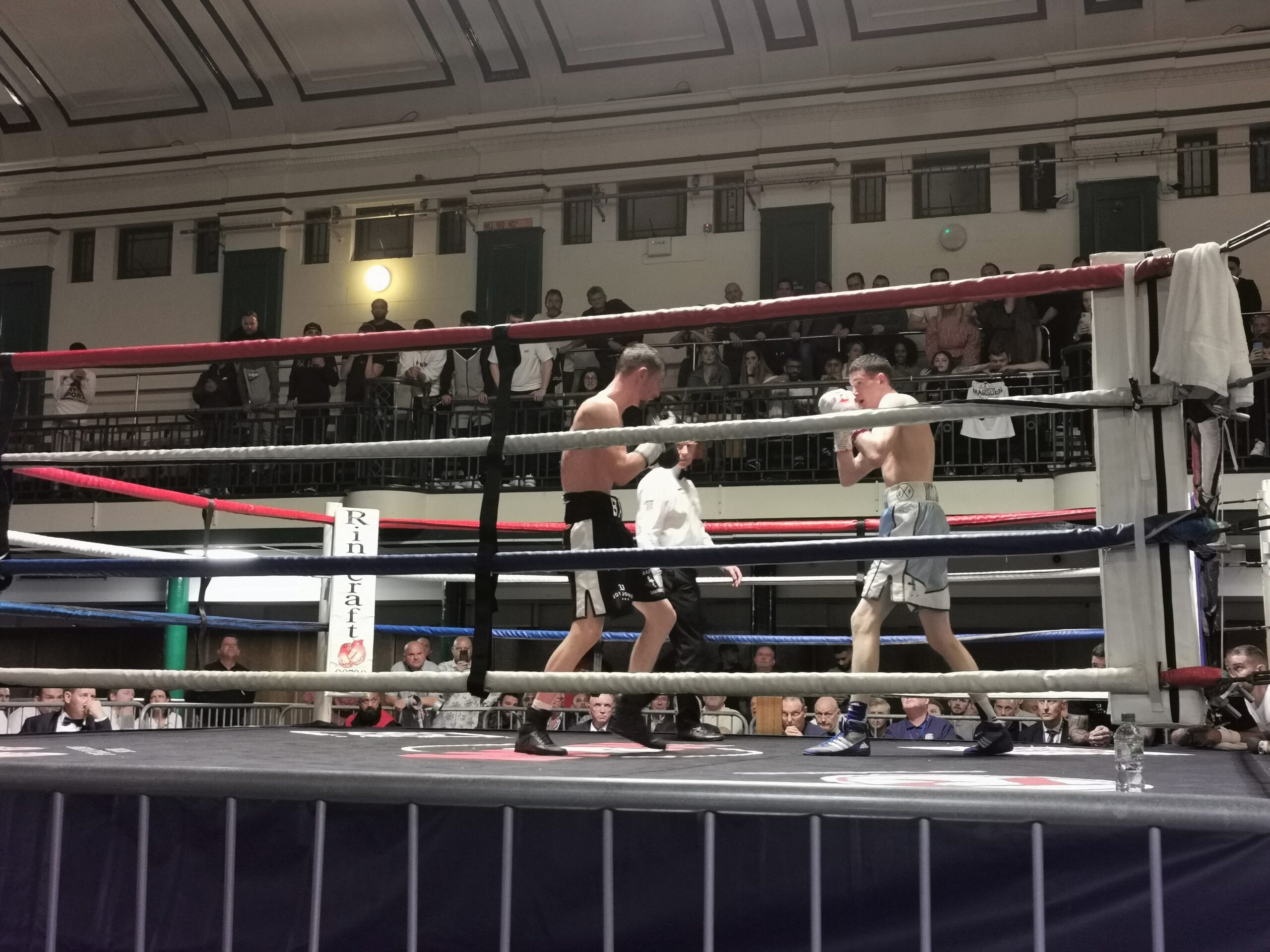 If anyone needed a reminder of the beauty and brutality of boxing they need only have headed to York Hall on Friday 17th September. Connor Marsden took on Ben ‘Boy’ Jones for the Southern Area Lightweight title in a fight which ignited from the very first bell.

Both came into the contest with significant time out of the ring. Marsden’s last fight came in February 2020 with Jones having not fought since May of 2019. But this was no gentle reintroduction to professional boxing. This was a dust up for the Southern Area Title, one which would springboard the winner to potential English title fights in 2022.

With plenty on the line and two equally matched fighters much was hoped for but any expectations were exceeded through six rounds of compelling, crushing lightweight action.

Marsden came out to Z Cars, a tune all fans of Tony Bellew (and Everton) will be well familiar with. Accompanied by drummers to boot it was quite an entrance.

Ben Jones was next, the tension palpable after two and a half years out of the ring. Both fighters were up for it.

Straight from the bell Connor Marsden established his jab, constantly flicking out a double left hand lead and keeping Jones at bay. An early cut was opened above Jones’s left eye and when they did get inside the bigger man in Marsden seemed to get the better of the exchanges. Clubbing hooks both left and right opened Jones up before backing him up to the ropes.

Ben Jones is teak tough. If that’s ever contested just look back at this fight. At times that first round made difficult watching but at the start of the second we saw a glimpse of just why so many think so much of him. Marsden pops out his left hand lead, Jones sees it coming, ducking under and clubbing a left hook to the body. Another right avoided Jones headed upstairs, smashing a right round the temple before letting go a vicious left to the body. A majestic and punishing combination that reminded us that Jones had the power and skill to hurt Marsden.

Foot movement, timing and an ability to adjust Jones showed in those opening twenty seconds what we all thought. When two classy fighters are willing to go toe to toe it’s rare that a fight can disappoint.

As the two refused to back down, York Hall returned the favour, cries of “Boy Jones Jr” met by a raft of support for Marsden. Everyone had their man and both men rose on the back of it.

Over the end of the second and start of the third Marsden regained some element of control but not without reply. Hard, concussive shots from Marsden met by shots to stop him in his tracks. A huge right hand from Jones met only seconds later by a three punch combination that had Jones himself against the ropes.

And so it continued throughout the fourth, before a late onslaught from Marsden had Jones fading. But we had been here before already in the fight and as the fifth opened up it was still either man’s to prize.

Marsden was the man to claim it, hurting Jones midway through the fifth and finally finding a pocket with little reply. Even in those dying moments, taking punch after punch Jones threw and connected. A booming overhand right landing flush on the face of Marsden but it could only slow the Earlsfield ABC fighter down.

Early success for Jones in the sixth was met with equal in return and with one final push Marsden was the man to force the end to the contest. With the ref intervening and the towel flying in Jones had gone out on his shield. Marsden had earned the biggest win of a burgeoning career.

It is only right that in summarising this fight we pay attention to both men. One in Marsden who has backed up amateur pedigree (he was a London ABA champion) with a blossoming on the professional stage. His jab is a genuine weapon and he belies his size to be a very adept fighter on the inside. His technical skills will see him go far.

The other in Jones who took on a dangerous opponent after a difficult period outside the ring. Taking such a tricky fight as your first in 30 months takes serious guts, to make it such a contest even more so.

At 26 for Marsden and 24 for Jones these are two fighters that have enough talent to step up to taller challenges and bigger stages. For Marsden a potential English title fight down the line and Jones a genuine opportunity to rebuild.

After a weekend of the biggest shows in boxing, we are reminded that in York Hall and in halls throughout the country there are gems to be found. Fitting and brutal reminders of just why boxing draws you in and will struggle to let you go.