Is Josh Taylor making the right decision moving up to welterweight and will we see a potential showdown with Terence Crawford? 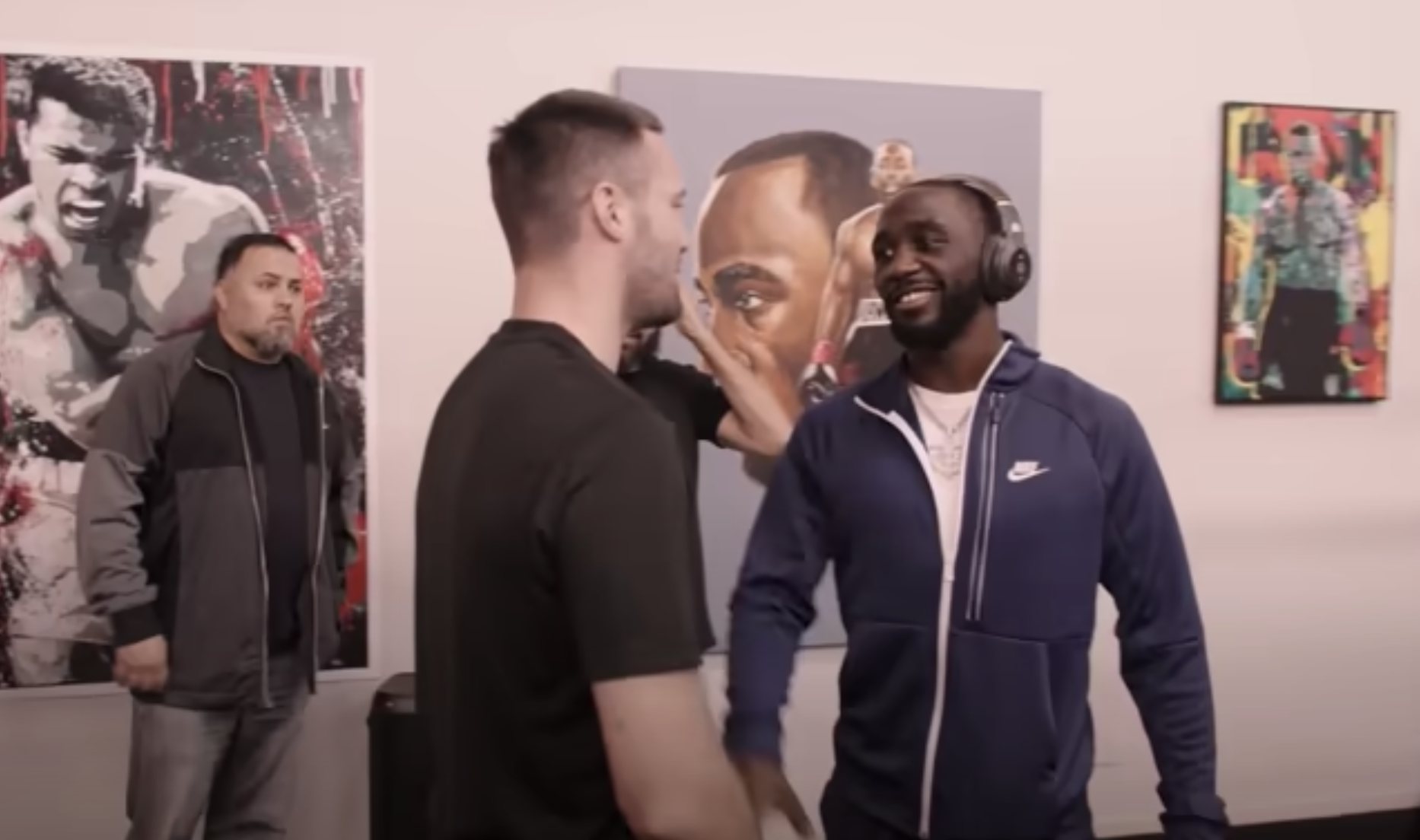 What next for Josh Taylor following his controversial Super Lightweight split decision victory over the weekend to Jack Catterall?

There are many questions to answer for the Edinburgh man following last Saturday night’s fight.

The 31 year old Scottish boxer had actually stated he was going to move up to Welterweight before the fight, however many pundits and fans are now questioning this decision and feel that the only natural step is to at least give Catterall a rematch, and media outlets have also branded the fight a ‘robbery’.

With the interest accumulated over the weekend and an opportunity for both fighters to provide a definitive conclusion to the saga, it would actually make for a strong commercial prospect and could even replicate a similar PPV response seen from the Book v Khan fight.

Ultimately Taylor has his options open and only he can make this decision.

The saving grace for him is that he had already made his intentions clear to move up to the coveted 147lb division, but of course the questions will remain.

Many feel that Taylor may be accused of running away from Catterall and is cautious of a rematch.

However, for Taylor, going to the Welterweight division will not be a walk in the park either.

Many fans have jumped on Taylor in the aftermath of the contentious victory against Catterall, but it is important to remember that he isn’t responsible for the judging and the outcome.

At the same time, there is a fear that his achievements until now are being overlooked and overshadowed by the weekend’s events.

It is easy to forget that Taylor accomplished a feat never seen before by a British fighter when defeating Jose Ramirez to become Britain’s first undisputed world boxing champion in the four-belt era.

This is a monumental achievement which has been matched by only Oleksandr Usyk, Bernard Hopkins, Jermain Taylor and Terence Crawford.

Crawford in particular is someone who the boxing community would like to see dace off with Taylor at some point.

Both men have become undisputed champions at Light Welterweight and now find themselves in the same division.

Since Crawford moved up in weight class, he has been a terror to the division leaving a trail of former world champions in his path.

His victories at Welterweight include Kell Brook, Amir Khan, Shawn Porter and Jeff Horn amongst others.

The prospect of a clash between Taylor and Crawford has been sized up as a mouth-watering prospect and would see two undefeated and undisputed champions fight in a blockbuster event.

Of course, as is the case with Boxing politics this will not be as straightforward as expected.

Taylor is currently new to the division, and it would be prudent for him to have at least one fight to bed himself into the division before chasing the elite.

Both men are in the peak of their powers, with Crawford the slightly older man at 34 and Spence aged 31, this is a fight that could revitalise the diminishing Boxing scene in America.

This may help Taylor in giving him the time to adjust to the division and the weight.

In terms of domestic showdowns there are several suitors, such as Conor Benn, Kell Brook and even Josh Kelly.

This would then pave the way open for Taylor to get a footing in the rankings before embarking on stiffer challenges.

It could be argued at the moment that the Welterweight division, along with the Lightweight division are the two most competitive divisions in Boxing, so Taylor is consciously making that step up and still has a lot to lose.

By the same token, however, there is significant financial gain and glory at stake too if he is able to successfully navigate himself into contention at the summit of the division.

It is a telling sign that Taylor would give up all the gold and glory at Super Lightweight and transition to Welterweight.

The commercial factor will certainly play a part in this, and the chance to create dream fights with lucrative paydays may be something that appeals to Taylor, even at the expense of losing.

Taylor has a good frame standing around 5’10 and has stated in a previous interview that he walks around at 165 lbs.

This should allow him to transition smoothly into the 147 lb division.

With his pedigree, and the encouragement of Crawford’s own journey from Super Lightweight, this should help provide some more big nights for Taylor ahead.

His reign in the Super Lightweight division prior to the Catterall fight had been somewhat flawless for a boxer who has risen through the commonwealth ranks.

Taylor must recognise though, that he was floored by an opponent who isn’t yet ranked in the top 10 in the Super Lightweight division, which raises some concerns for his prospective campaign at Welterweight.

It may just have been a bad day at the office for Taylor, but complacency can creep in once you have become undisputed champion, and at 147 lbs he will be just like any other fighter trying to claim the belts.

For now, of course many fans will want the Catterall rematch but this could conceivably even take place at Welterweight should both men eventually move up.