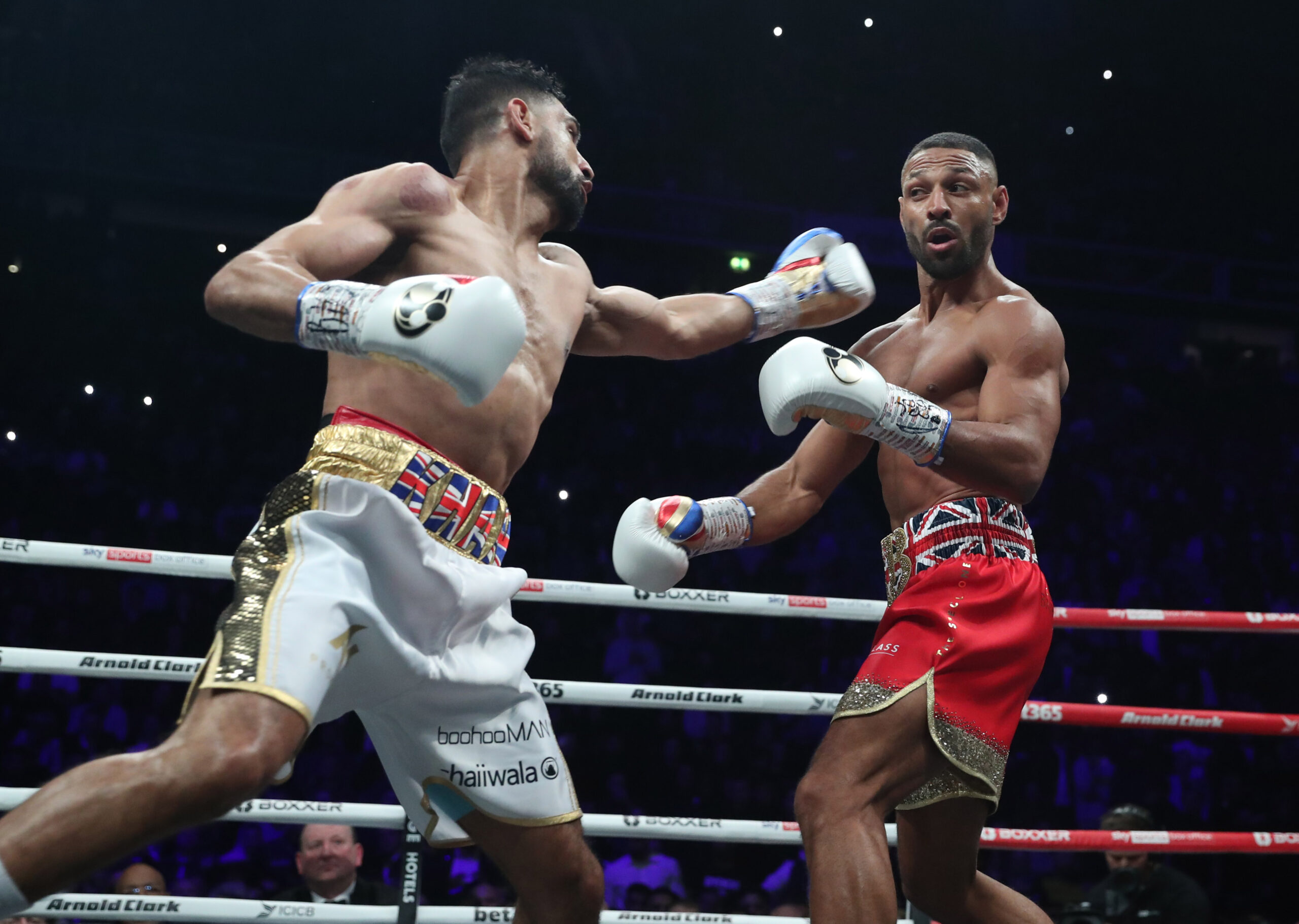 BOXXER’s Ben Shalom has today told numerous media outlets that Amir Khan has no intentions on retiring as he sets his eyes on a rematch with long-time rival Kell Brook.

The pair faced off in Manchester on February 19th this year after over a decade of back-and-forth trash talk, with Brook brutally dismantling Khan inside six rounds before referee Victor Loughlin mercifully waved the fight off. In the immediate aftermath of the fight, Khan indicated to Sky Sports [the broadcaster on the night] that he no longer held the same love for the sport that he once had and everyone presumed this marked the end of a very successful career for the Bolton man.

However, rumours began to circulate that Khan was not done yet when Eddie Hearn told iFL TV that he had heard the potential for a rematch to take place and that a member of Team Khan had been in touch regarding step-aside money to allow Brook to face off against Conor Benn, who is promoted by Hearn. Most dismissed this as an attempt at manoeuvring a final payday for the Olympic silver-medallist, but Shalom’scomments today indicate that Khan is perhaps more serious about a return to the ring than first thought.

Speaking to talkSPORT, Shalom said ‘one thing I’ve realised is that he’s not gonna stop fighting, whether I give him the rematch or not’. Shalom continued, ‘I’m convinced from hearing what the camp are saying, from hearing what he’s saying, he wants to continue. He feels like he got perhaps his camp wrong. That’s up to him’. These statements certainly contradict Khan’s initial comments following the first Brook fight where he claimed he had enjoyed a successful camp with Brian McIntyre and Terence Crawford in America.

Regarding the potential of a rematch however, Shalominsisted that it was unlikely, saying ‘it has to work commercially’ and that ‘Kell and Sky also have to agree.’ It’s up to him at the end of the day’, Shalom said, ‘but I don’t think it’ll be the rematch’. The young promoter also highlighted that it isn’t a case of Khan simply activating a rematch clause to ensure the rematch takes place.

One thing that is for certain is that there was zero clamour for the two to go at it again following Brook’s victory in Manchester and that a rematch would surely not appeal as widely as the fight did first time around given the one-sided nature of the bout on February 19th.