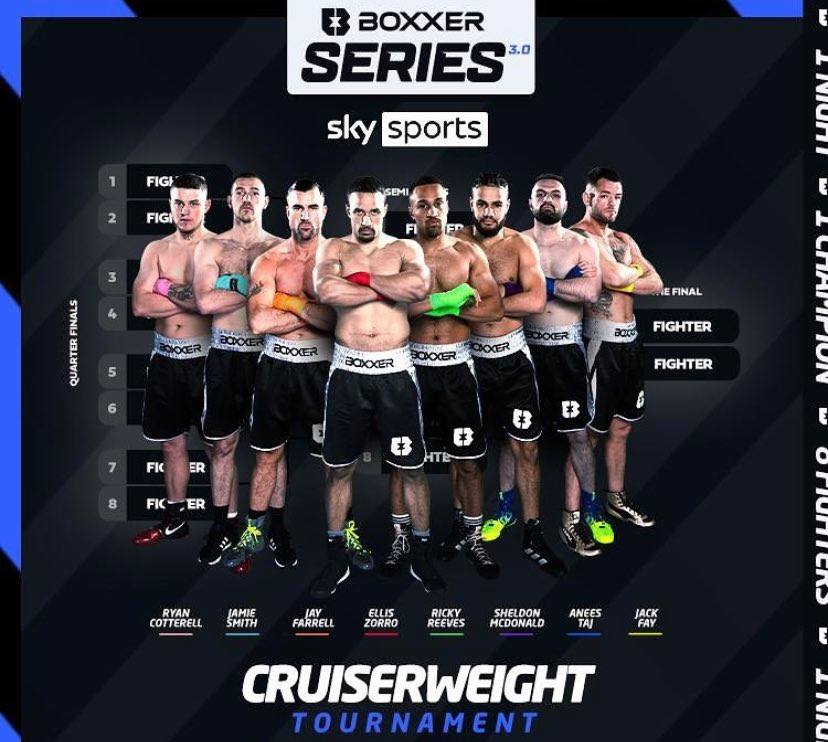 BOXXER announce Cruiserweight tournament in Manchester on May 14

BOXXER and Sky Sports have announced the latest Boxxer Series tournament, this time taking place in the cruiserweight division at Manchester’s Victoria Warehouse on May 14th.

The tournament provides a great opportunity for the eight up and coming fighters to make substantial prize money for themselves, as well as a chance to breakout on the domestic scene and follow in the footsteps of the likes of Mikael Lawal, a man who won the tournament back in 2019 and is now signed with BOXXER and Sky Sports respectively. The event will see four quarter-finals, two semi-finals and then the final, all in one night, across three three-minute rounds.

All eyes will therefore be on the eight men who step into the ring on the night, looking to propel themselves into the limelight with a potentially career-changing night on the 14th: