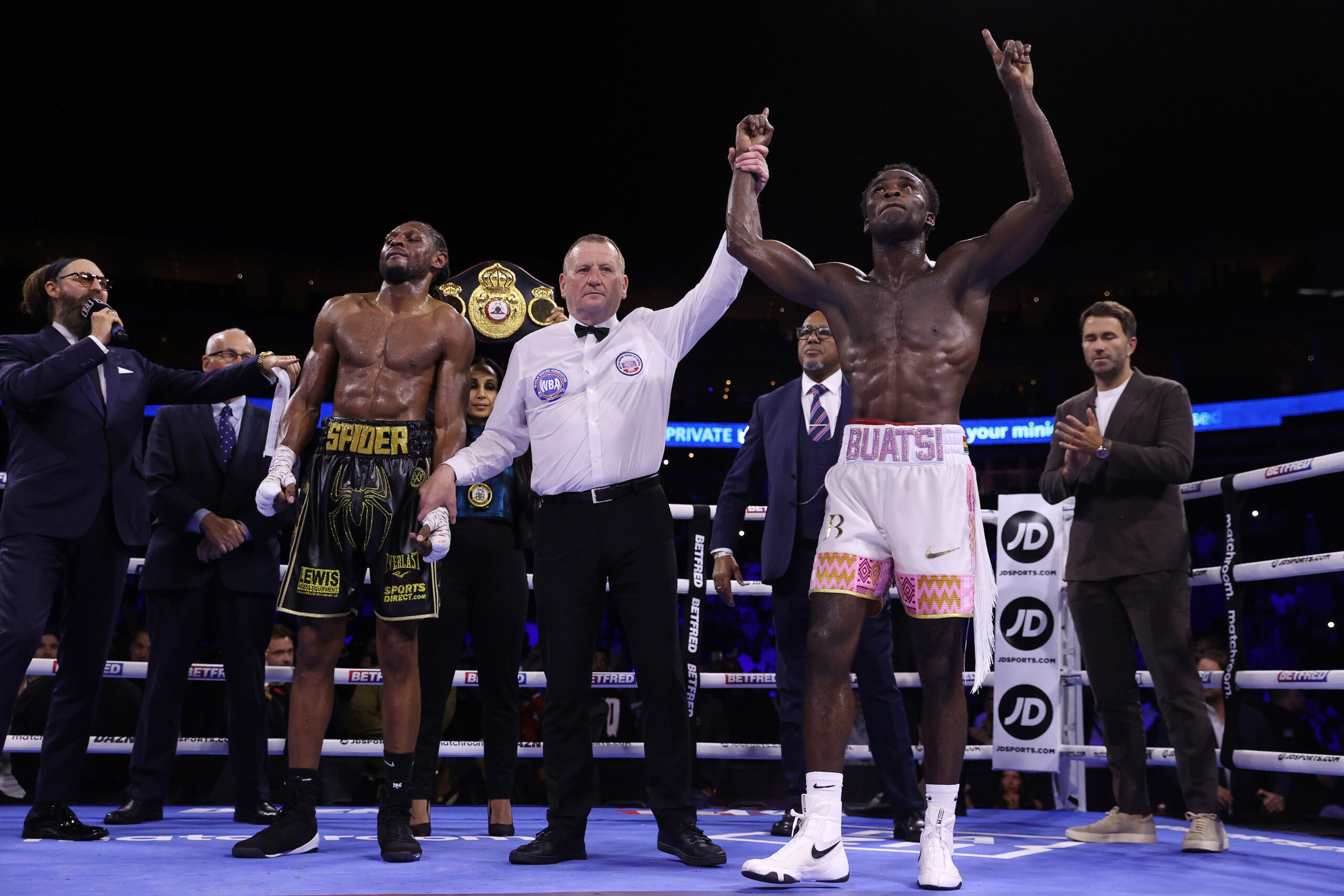 Buatsi comes out on top in South London derby with Richards

Joshua Buatsi earned the win of his professional career so far on Saturday night with an enthralling unanimous points decision over fellow South Londoner Craig Richards at London’s O2 Arena.

The Rio 2016 bronze medalist Buatsi had been the subject of criticism in recent times for his inactivity and slow progress in the professional ranks since turning over six years ago, but his natural talent and ring IQ were clear for all to see across the twelve rounds in the capital. Richards also emerges with immense pride at his performance and the role he played in the contest throughout, and is no doubt one of the most improved British fighters in recent years that have seen him crowned British champion and also push pound-for-pound star Dmitry Bivol in a competitive contest last year.

The first round saw good use of the jab from both men amid a fiery atmosphere at the O2. Buatsi perhaps edged the earlier rounds but the contest was certainly close after the first four sessions, certainly closer than DAZN commentary might have suggested. Buatsi looked to tee off with Richards’ back to the ropes with hooks and uppercuts but Richards covered up well for much of it, displaying a calmness among a storm that will no doubt have been brought about by his fighting at a higher level in recent years. Buatsi looked to be settling into a rhythm during the fifth and six, enjoying success with the straight right-hand and a number of hooks which rocked the chin of Richards as the Rio 2016 Olympian looked to be enjoying himself midway through. The beginning of the second portion of the contest saw better use of the jab from Richards however, with ‘Spider’ seeming to throw his lead hand with greater authority than he had done earlier on, and a Richards uppercut rocked the chin of Buatsi before the latter responded with clubbing hooks of his own. The pace by now was a frantic one and the fight looked to be on for both fighters as the final third of the fight beckoned. The ninth, like many of the rounds that came before it, proved difficult to score as both men used the jab well before Buatsi looked to have hurt Richards again in the tenth which left the Crystal Palace man staggering backwards towards the ropes in a round he had been boxing well in up until that point. The amateur experience of Buatsi looked to play a role in the final stages of the fight, the twenty-nine-year-old Croydon man no doubt knowing how crucial it was to secure them if he was to emerge victorious. The two slugged it out as the final bell drew near, Buatsi perhaps providing the cleaner and more eye-catching work, and the pair finally embraced upon the sounding of the final bell to signal the end of the contest. Minutes passed and David Diamante finally read out the scores of the three judges ringside – 116-112 and 115-113 twice, all in favour for Joshua Buatsi. The scores were accurate and in line with what was viewed at the O2 after a blistering London light-heavyweight derby.

The result provided another intriguing chapter in surely the most competitive domestic division that British boxing has to offer right now, propping up huge clashes for Buatsi against the likes of Anthony Yarde, Callum Smith and Callum Johnson, not to mention a potential shot at world honours given the WBA trinket on the line last night. Whether ‘JB’ is ready for a shot at current WBA holder Bivol is another matter entirely, but there are plenty of options out there for the twenty-nine-year-old no matter which route he chooses to take.

Chantelle Cameron successfully defender her WBC and IBF super-lightweight titles against a game but limited Victoria Bustos. The fight lasted the full ten-round distance, with all three judges finding Cameron a winner of every round by scores of 100-90 respectively. The defending champion from Northampton wasn’t throwing merely to score points, showing urgency from the off as she looked to break the Argentine down. Bustos had sporadic success with the right-hand but nothing troubled Cameron, who is now eyeing a clash with Kali Reis for all four sanctioning body belts, a bout in which the Brit would enter as a strong favourite.

Popular Croatian Alen Babic returned in typical Babic fashion living up to his fan-friendly reputation, this time against Poland’s Adam Balski. Twenty seconds in and Babic found himself on the seat of his trunks after a well-timed Balski left-hook, the two slugging it out for the remainder of the round. Babic took the better of the next few as the pair swung in wild hooks, many of which missed the target widely. Fans saw another side of the Croatian around the midway stage however, with Babic showing good use of a jab as he adopted a more methodical approach, taking all of the rounds after the first up until this point. The fight was turned on its head again in the dying seconds of the ninth however, with Balski throwing a huge right hand just after the bell which left the Croatian badly dazed and looking as though there was no way back. Balski had a point deducted and the final stanza saw the pair slugging it out in the final thirty seconds, with Balski peculiarly quiet for a large portion of the fight as he appeared to let Babic off the hook. Both survived and Babic was announced a unanimous winner by scores of 97-91 twice and 95-93, this being the first time he has gone the distance. A showdown with WBC ‘bridgerweight’ champion Oscar Rivas now looks to be on the horizon.

Further down the card, Ellie Scotney returned with an impressive ten-round display over former IBF bantamweight champion Maria Cecilia Roman. Scotney looked sharp throughout with cutting accuracy and tenacity as the Catford fighter looked to punish Roman down the stretch. Robbie Davies Jr overcame Javier Molina in the super-lightweight division in a close-fought contest, the more eye-catching work perhaps coming from Molina but Davies seemingly pinching a lot of rounds through his volume. Two judges found Davies Jr a split-decision winner by scores of 96-94, while the other scored it for Molina by 97-94 respectively.

The ‘Before the Bell’ segment of the broadcast saw Tokyo 2020 Olympian Cheavon Clarke‘s second pro outing which was over after three rounds, Clarke beating the fight out of Pawel Martyniuk after an initial knockdown. Welterweight prospect Cyrus Pattinson forced Dimitri Trenel‘s corner to throw in the towel in the third after a body shot left the Frenchman on one knee before taking further punishment upstairs. John Hedges returned at 175lbs, stopping Robert Baltaru with a blistering one-two in the third that left the latter gazed, with referee Lee Every waving the contest off shortly after. Shiloh Defreitas ended his contest with Iliyan Markov in the sixth and final round with a straight-right hand to the body, moving to 4-0-0 as a professional.