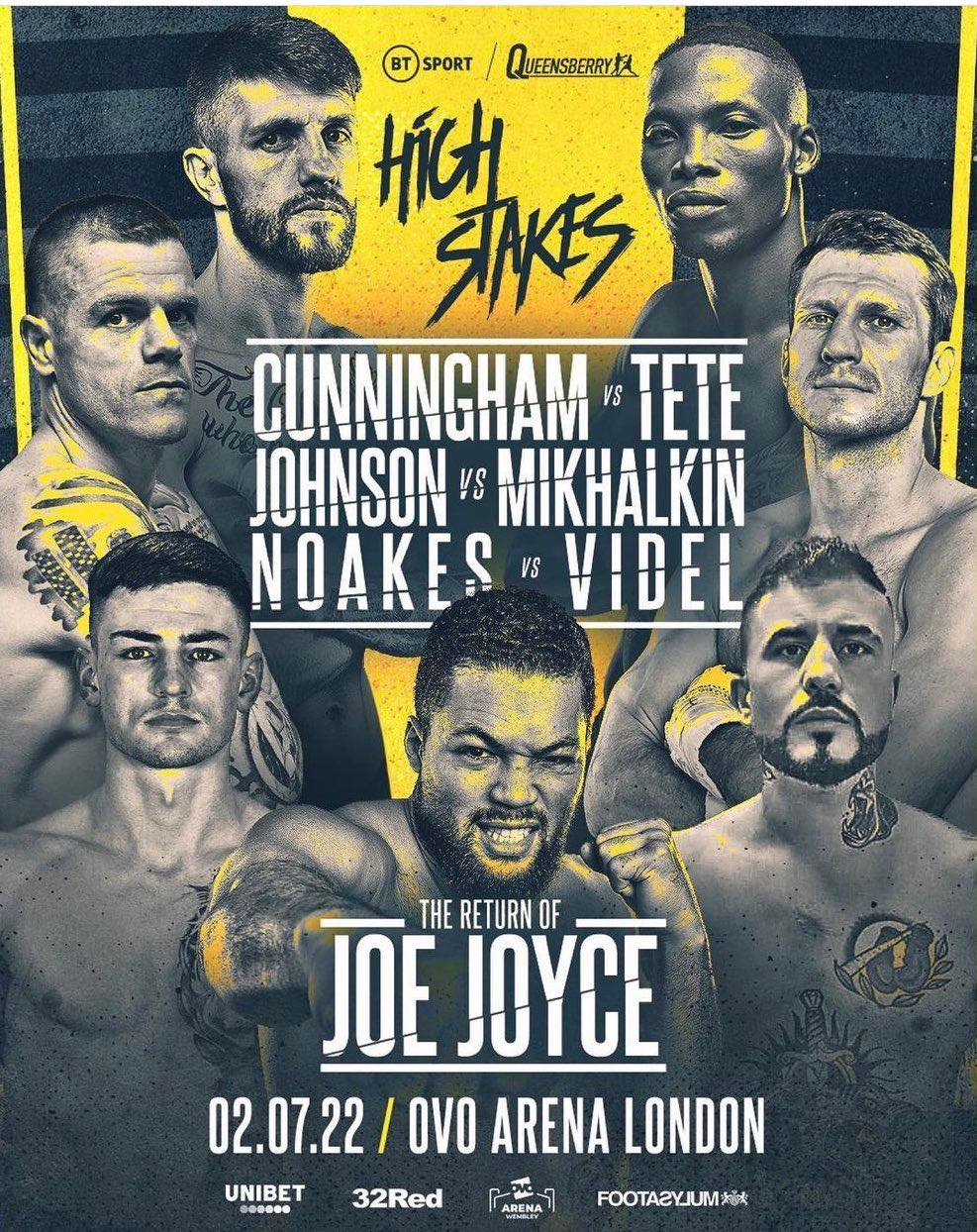 Frank Warren’s Queensberry Promotions announced on Friday that Doncaster super-bantamweight Jason Cunningham (31-6-0) will face-off against former bantamweight world champion Zolani Tete (29-4-0) on July 2nd at the OVO Arena in Wembley, London. Cunningham’s Commonwealth strap will be on the line along with his lesser IBF trinket in a major step-up for the thirty-two-year-old as he looks to move towards world level after securing the British, Commonwealth and European titles at super-bantamweight.

Former British and Commonwealth heavyweight champion Joe Joyce (13-0-0) is also set to return as he himself looks to secure another big fight on his journey towards a shot at world honours. Joyce was heavily linked with a fight against former WBO champion Joseph Parker but a pregnancy to Andy Lee‘s wife looks to have delayed that for the time being, Lee being Parker’s head trainer. With the potential for that fight to take place later in 2022 therefore it is likely that Joyce will look to simply stay busy on July and that a big name is not likely to be drawn in.

Also set to appear on the card is world light-heavyweight contender Callum Johnson (20-1-0) versus Igor Mikhalkin (24-3-0) of Russia in a ten-round contest. Johnson was slated to face world champion Joe Smith Jr. in January before testing positive for COVID-19 and now looks to tie down another shot at a world title before the end of the year. Lightweight prospect Sam Noakes (9-0-0) is scheduled to take on Marc Vidal (13-2-5) over ten rounds as his professional development continues, while popular Stoke middleweight Nathan Heaney (15-0-0) plans to run out again over ten rounds though an opponent has not yet been confirmed.

140lb prospect Henry Turner (7-0-0) is scheduled in a six-round bout, while Tommy Fletcher of Norfolk debuts at cruiserweight. Both men’s opponents are yet to be confirmed at the time of writing.