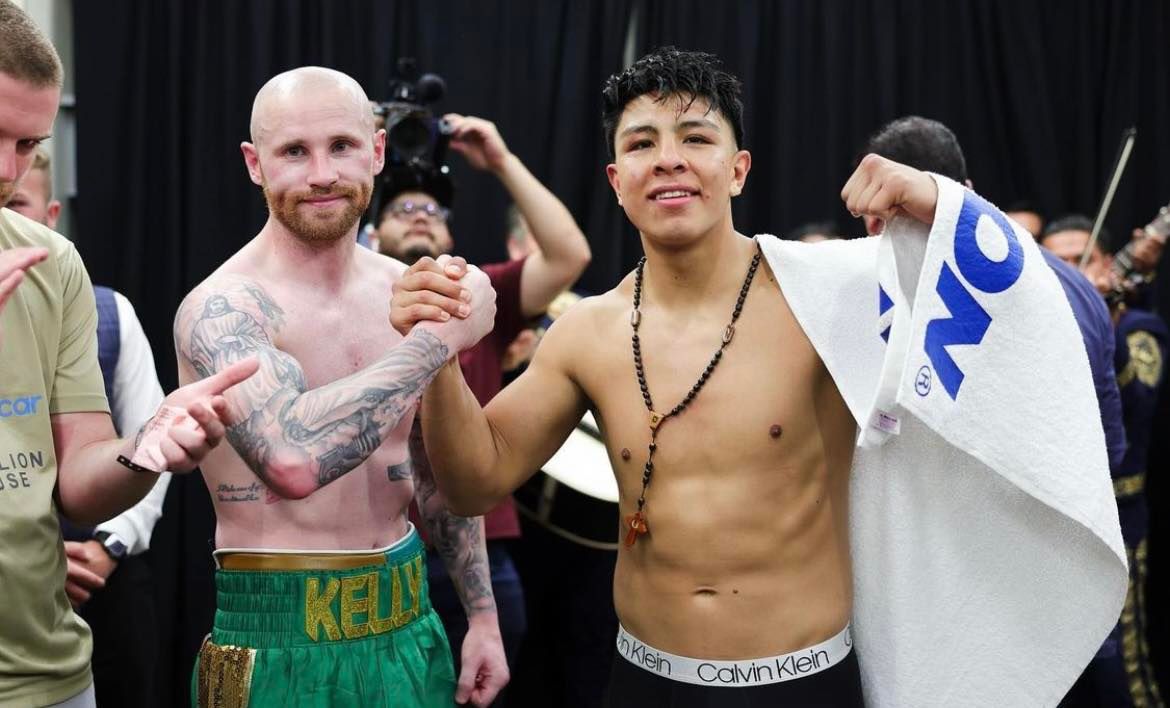 Manchester’s Jimmy Kelly succumbed to a fifth-round stoppage defeat to Mexico’s Jaime Munguia at the Honda Center in California in the early hours of Sunday morning UK time.

The Brit started well, looking relaxed behind the jab on the back foot while the Tijuana man looked to close the distance, landing a solid left-hook in the second which looked to shake Munguia. Kelly displayed solid lateral and upper body movement in the early rounds, evading the heavy hands of the Mexican and throwing solid shots to the body of his own. The fourth saw Kelly land more blows, with the Manchester man by far the sharper of the two in the first third of the fight compared to a slow, lethargic looking Munguia.

The fight was tipped on its head in the fifth however, with Mexico’s Munguia finally displaying a sense of urgency, landing a short left-hook which rocked Kelly and left him stumbling backwards before falling into the ropes, the Englishman clearly rocked to his boots. Kelly regained his footing but was rocked by a hard right uppercut moments later, forcing him to the canvas again. Kelly was clearly hurt now with fifty seconds still remaining in the round, and found himself with his backs to the ropes with Munguia throwing barrages of hooks to head and body, bundling him to the canvas again. The twenty-nine-year-old Kelly re-climbed to his feet but referee Thomas Taylor was not satisfied enough to allow the bout to continue, waving the contest off to the delight of the pro-Munguia crowd.

The twenty-five-year-old Mexican was fighting at super-middleweight for the first time in his professional career after moving up from 160lbs, a decision that took many by surprise as he looked to be getting his feet under the table at middleweight, while Kelly can take a lot of heart and solace from his performance between rounds one and four where he enjoyed a lot of success. For a man who has spent the last couple of years on small hall shows, doors may open themselves up again for the Manchester man despite him suffering the third defeat of his professional career this weekend.