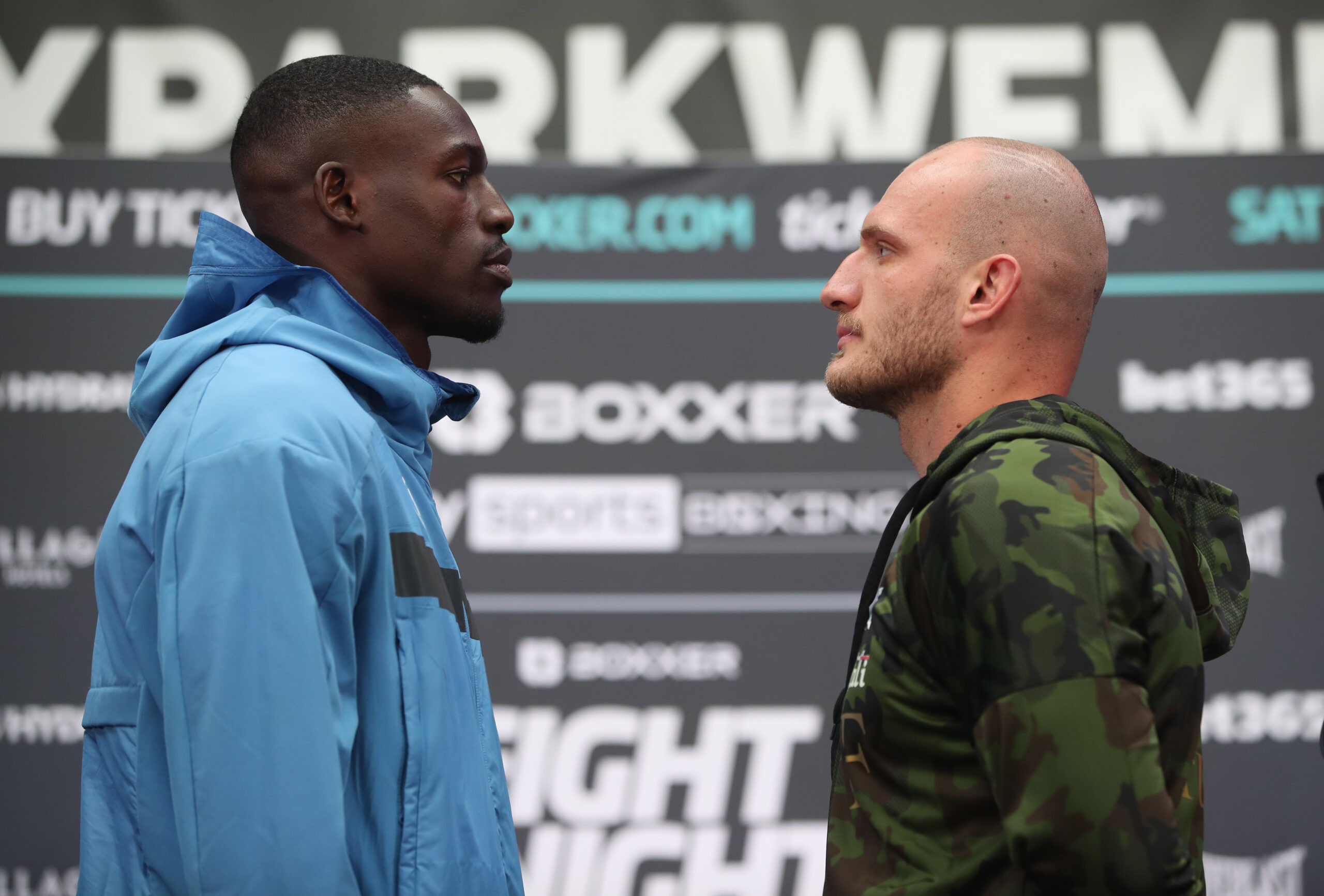 South London cruiserweight Richard Riakporhe (14-0-0) looks to continue a professional career which is gathering serious momentum this weekend versus Italy’s Fabio Turchi (20-1-0) as he grows ever closer towards a world title shot. The bout will be an eliminator for the IBF version of the cruiserweight title, a belt currently held by Mairis Briedis.

Riakporhe dismantled the then unbeaten Deion Jumah inside eight rounds in March in a replacement bout after Saturday’s opponent Turchi pulled out against the unbeaten Brit due to an injury the Italian sustained while training. The contest was rearranged for this Saturday and Riakporhe has promised pain for the man with only one loss on his record, that sole defeat coming to Tommy McCarthy, a man Riakporhe disposed of inside four rounds three years ago. “We wanna bring explosive nights, explosive finishes, we wanna show the world how great we are. So we’re going to bring a big knockout on Saturday night“. Turchi on the other hand is more than ready for a hard fight. “I’m ready for a battle on Saturday night. I think this is a very even fight, I have a lot of respect for Richard, so I’m hoping for a great fight“.

Tokyo 2020 middleweight gold medallist Lauren Price will make her highly-anticipated professional debut at Wembley Arena at welterweight. Price was highly sought after by promoters but put pen to paper with BOXXER and Sky Sports, along with Tokyo teammates Frazer Clarke, Kariss Artingstall, Caroline Dubois and Ben Whittaker. Valgerdur Gudstensdottir (5-2-0) will be in the opposite corner this weekend.

English super-middleweight champion Germaine Brown (12-0-0) looks to make the first successful defence of the title he picked up against Charlie Schofield in February, facing off against Zak Chelli (11-1-1) in a ten-round contest on Saturday. Brown boxed superbly to secure a comfortable ten-round decision in Manchester three months ago, while the sometimes but wild but no doubt dangerous Chelli already has six knockouts in eleven victories, his only defeat coming against Kody Davies three years ago.

Further down the card, welterweight Chris Kongo (13-1-0) returns in a step-up bout to Sebastian Formella (23-2-0). The latter has only suffered defeats to former world champion Shawn Porter and rising contender Conor Benn, and will prove Kongo’s sternest test yet as he looks to climb the ranks at 147lbs. Cruiserweight prospect Viddal Riley (5-0-0) returns over Jone Valau (5-7-0), while super-welterweight Joe Pigford (19-0-0) is also set to feature. Bantamweight Ebonie Jones (1-0-1) makes her third professional appearance and will be hopeful of improvement after only managing a draw in her second outing, while heavyweight Jeamie Tshikeva (1-0-0) walks for the second time as a pro. 130-pounder Jimmy Lee (1-0-0) looks to build on his successful debut nearly three months ago, while Shannon Ryan (1-0-0) will be hopeful of doing the same at super-flyweight.