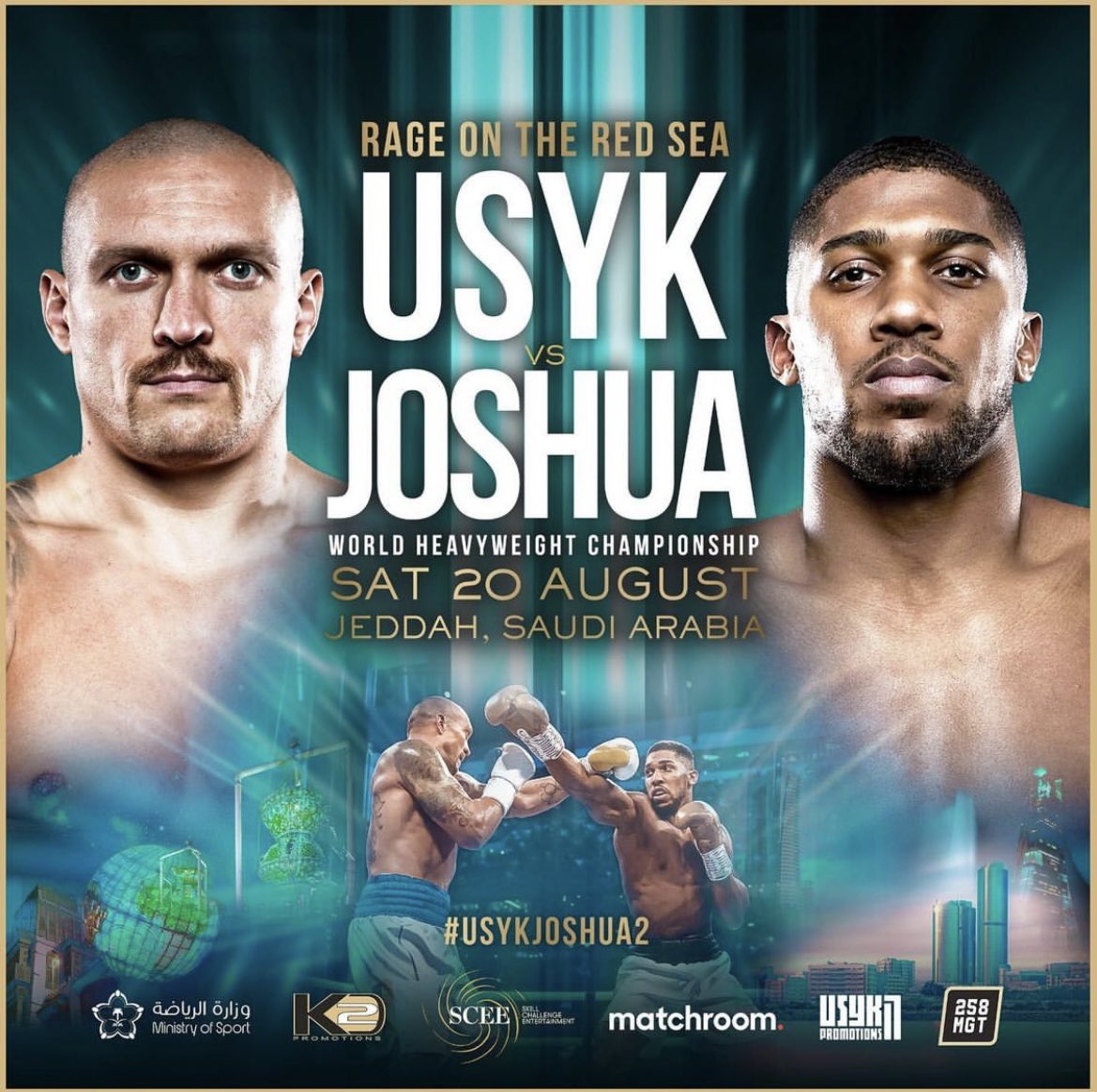 Usyk dethroned Joshua in September of last year in London, emerging a unanimous points victor after a dominating twelve rounds over the Brit. Joshua enacted a contractual rematch clause shortly after, with the pair set to run it back in April of this year before the Russian invasion of Usyk’s home country Ukraine forced the former cruiserweight king to return home and fight for his nation.

Joshua meanwhile has since teamed up with esteemed American trainer Robert Garcia, who will head up the former two-time heavyweight champion’s camp for the rematch alongside Angel Fernandez. ‘AJ’ also recently took the decision to part ways with long-time broadcaster Sky Sports to sign a long-term deal with streaming platform DAZN, although the UK broadcaster for the rematch is still pending confirmation at the time of writing.

Usyk will no doubt hope to raise awareness for the ongoing situation in his home country Ukraine throughout the rematch, stating “I have a goal, with the help of the Lord I will complete my mission“.

A press conference has been scheduled for Tuesday which will see the pair meet again for the first time since September.