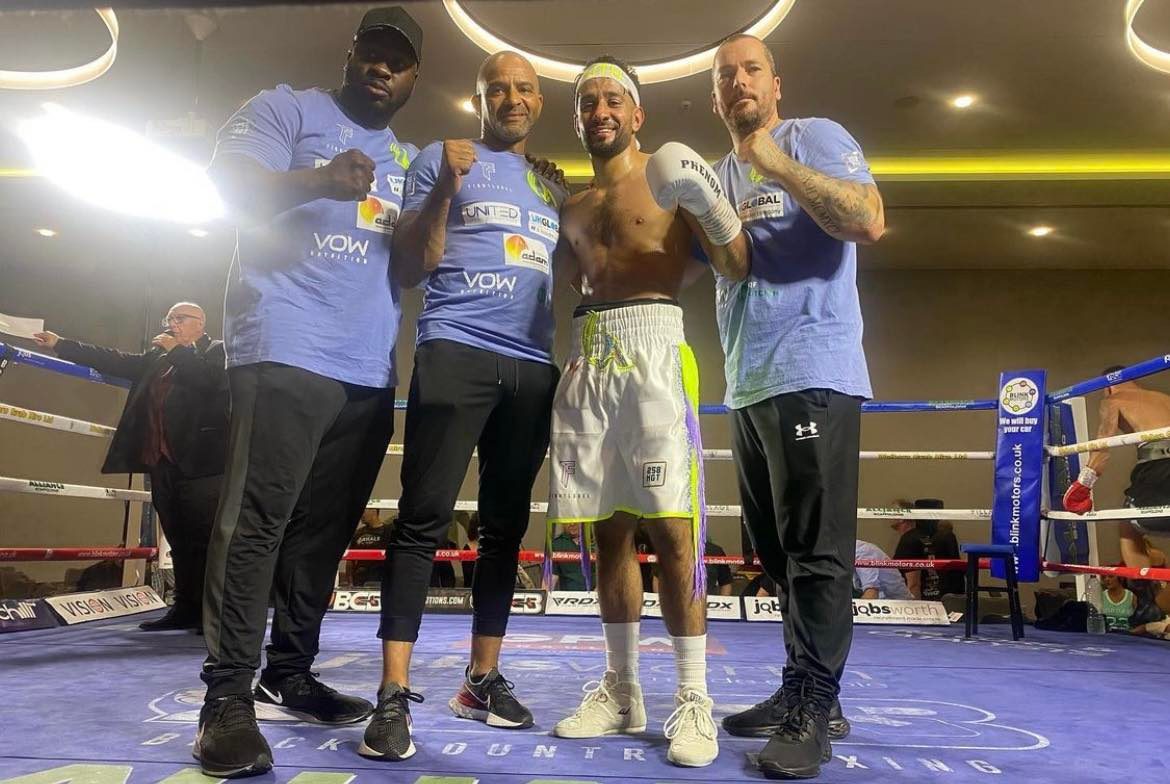 Black Country Boxing‘s final show of the boxing season did not disappoint with Qais Ashfaq, Dylan Cheema and Tommy Collins all winning inside the distance at the Eastside Rooms in Birmingham on Saturday evening.

The Rio 2016 Olympian Ashfaq headlined the card on Woodcock street as he entered the ring to face Romania’s Alexandru Ionita in a scheduled six-round bout. The Leeds man looked to be cruising to a comfortable points decision before a hellacious shot to the body floored Ionita who was unable to continue, becoming the sixth stoppage victory of Ashfaq’s career so far.

Coventry lightweight Cheema also won inside the distance, halting Croatia’s Anto Nakic inside two rounds to move to 7-0-0 as a professional. The victory marks Cheema’s second since winning the BOXXER Series Lightweight tournament in his home city back in April as he continues to develop at 135-pounds.

Birmingham’s Tommy Collins went one better as he scored a first-round stoppage of tough journeyman Chris Adaway in a scheduled six-round welterweight contest. The victory marked the first win for Collins inside the distance in his sixth professional outing since he turned over in October 2019. Hereford super-welterweight Liam O’Hare cruised to a comfortable six-round decision over George Rogers, winning every round on Shaun Messer’s official ringside card in the process. Worcester’s James Scarrott picked up his second victory in as many fights with a whitewash four-round points decision over Paul Scaife, while John Connors edged past Berman Sanchez in his professional debut at 147-pounds.