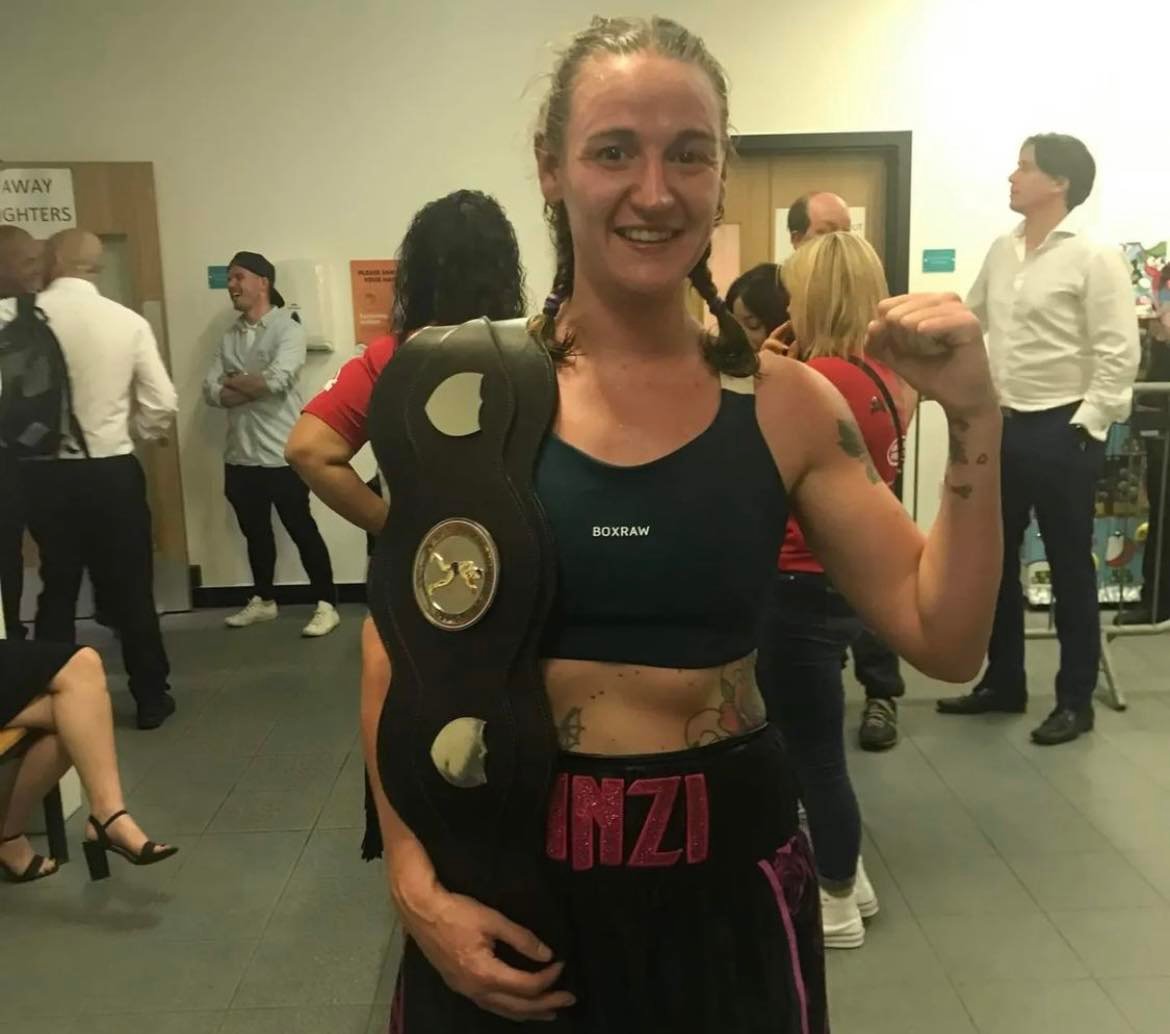 Oldham’s Leisure Centre played host to yet another close encounter in the super-featherweight division on Saturday night as Bolton’s Linzi Buczynskyj edged past Liverpool’s Chelsey Arnell to pickup the vacant Central Area title. Winning by a razor tight margin of 96-95 on referee Darren Sarginson’s card after ten rounds, Buczynskyj now picks up the strap three months after narrowly losing out to Jade Taylor for the title in April.

Taylor was set to face Buczynskyj in an immediate rematch before injury forced her to withdraw, with the Oldham fighter valiantly opting to vacate the strap to allow Buczynskyj to still challenge for the title providing she faced the winner. The thirty-four-year-old now boasts a record of 3-1-0 respectively, while Arnell suffered the first defeat of her three-bout career so far, her record now standing at 1-1-1.

“We had to go to a place that we had never been before“, said Buczynskyj’s coach Humphrey Harrison. “Chelsey Arnell is a tough girl, you can tell she trained very hard for this. Linzi has been ten rounds before so she knew how to pace herself, but Chelsey pushed her all the way“. Harrison revealed some difficulties in the camp in the final weeks. “To be honest with you, she’s been ill. For the last two weeks she’s been very ill, the last three days she was still in bed, she was very poorly. I wanted to pull her out but she’s got a mentality of steel. Nothing was going to stop her“.

The newly-crowned champion admitted that she thought she had won more comfortably than the scorecard suggested was but was full of praise for her opponent. “She’s a tough girl, she took some very big shots and still come back at me so all credit to her. She gave as good as she could, I felt that was a harder fight than [the first fight with] Jade [Taylor] really“. On the cards, Buczynskyj said, “I don’t think the scores were quite what they should’ve been. I thought I had the first six and probably the last two, maybe give her a couple more but I thought I was definitely the clear winner there“.

Saturday’s undercard saw a shock four-round points decision defeat for Leon Willings in the light-heavyweight division to Robbie Chapman, handing the former the first defeat of his professional career inside five fights. Middleweight Reece Farnhill ran out a comfortable victor against Vasif Mamedov, while Billy Deniz forced Nathan Junor to retire after the second round at cruiserweight. Ricky Hatton‘s super-featherweight charge Ibrahim Nadim also forced a final fourth-round stoppage of John Spencer, while 175-pound duo James Albert and Wycombe King both only managed draws in their respective clashes with Seamus Devlin and Robbie Connor.