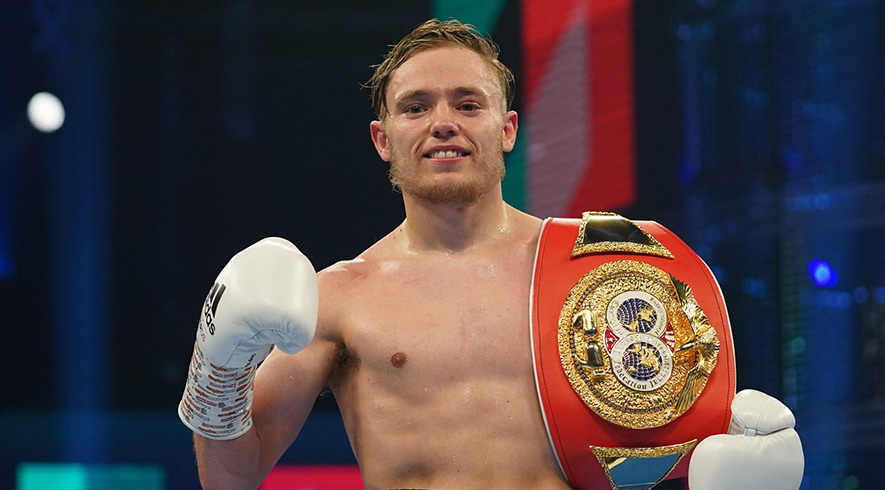 World super-flyweight champion Sunny Edwards looks to have confirmed a deal that will see him enter the ring against fellow titleholder Julio Cesar Martinez of Mexico.

In a post on Twitter on Tuesday, the Brit tweeted, “Looks like we have a fight” with the British and Mexican flag emojis accompanying the message. Reports suggested talks were ongoing between the two camps to bring about a mega unification clash against the Mexican, who has previous with brother of Sunny, Charlie Edwards following their fight in 2019. Martinez enjoyed a wealth of success during the first three rounds, planting the then champion Edwards on the canvas before throwing a stifling left hook with the Brit already down. The bout was subsequently announced a no-contest due to Edwards being unable to continue and the Brit vacated the strap shortly after before moving up in weight. Martinez picked up the strap in his next fight versus Cristofer Rosales in December of that year.

Fast-forward seventeen months and it was Sunny who had a belt around his waist following his domination of former champion Moruti Mthalane. Two defences have subsequently followed, both in the form of comfortable unanimous points decisions, and the Brit now looks to avenge the mauling his brother suffered at the hands of the Mexican by unifying the two titles this year.

The ability of Martinez to make the flyweight limit has been the subject of much discussion as of late following four pull-outs of title defences in the last three years, the latest coming in June ahead of his scheduled rematch with mandatory challenger McWilliams Arroyo who is now reported to face Joselito Valesquez on the same card (though weight was never confirmed to be the reason in this instance). Martinez recently stepped up to super-flyweight to take on pound-for-pound king Roman ‘Chocolatito’ Gonzalez but even then failed to meet the contracted limit, coming in by over 1.4 pounds.

The reported date is October 22nd, with America the likely location.