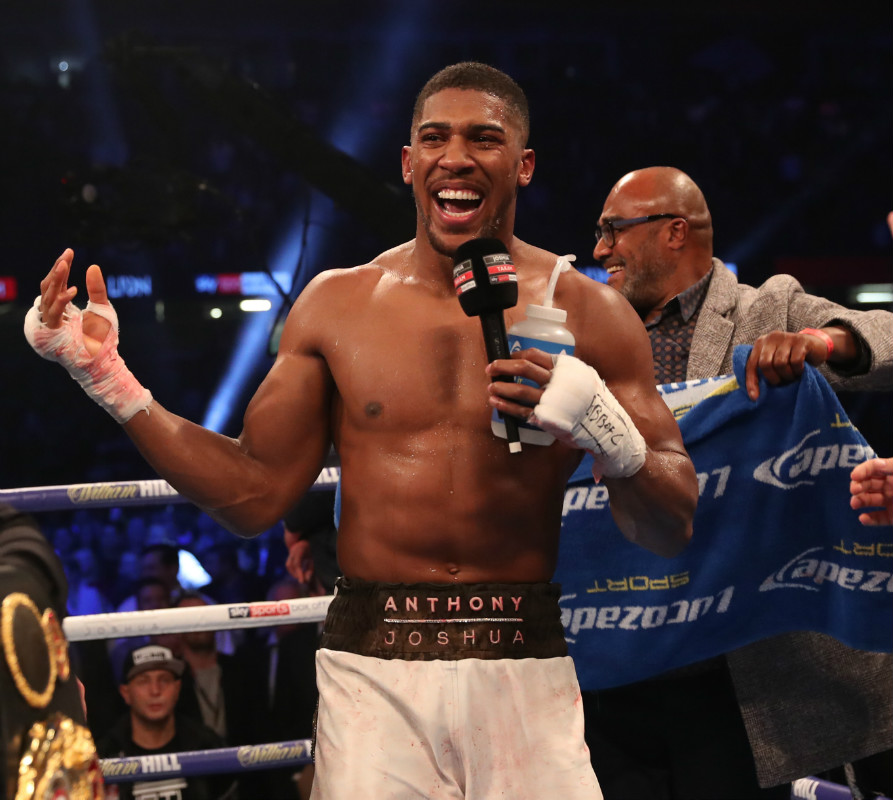 Joshua: I don’t enjoy being the underdog but I’ve gotta learn to deal with it

Former two-time heavyweight champion of the world Anthony Joshua says entering a ring as the underdog is not something he relishes ahead of his huge rematch with Oleksandr Usyk in Saudi Arabia next month. The Ukrainian ran out a comfortable winner last September at the Tottenham Hotspur Stadium when he unanimously outpointed the London 2012 gold medallist, and the two are set to face off on August 20th in Jeddah with Usyk’s unified titles on the line.

Joshua told BBTV, “I can’t say I relish in it [being the underdog], there’s nothing like being on top, but it is what it is. I’m here and I’ve gotta learn to deal with it and keep strong minded throughout these times, keep on progressing through these times and hopefully we’ll soon be back on top“.

This is not the first time the Brit has found himself in an immediate rematch following defeat in his previous outing, first unanimously outpointing Andy Ruiz Jr. back in 2019 following the American’s seventh-round stoppage defeat six months earlier. That rematch also took place in the Kingdom of Saudi Arabia, a country that Joshua admitted he enjoys visiting, but was cautious when asked if he thinks he’d be a hometown favourite heading into August 20th. “Well, we’ve all got our own supporters, I don’t know. I’m sure they love Usyk as well, he’s a good fighter and a good representative of the sport but for sure when I go out there I vibe with the people one-hundred-per-cent“.

The general consensus following the first meeting was that Joshua should look for a different route elsewhere after such a comprehensive defeat on home soil against a man who is now touted as a stylistic nightmare for ‘AJ’. Nevertheless, the thirty-two-year-old Brit opted to immediately enact a contractual rematch clause which meant Usyk must face him again, with Joshua shaking up his background team not long after which meant parting ways with long-time trainer Rob McCracken. In his place comes the familiar face of Angel Fernandez as well as the highly-respected Robert Garcia, who already has substantial professional experience with former world champions Nonito Donaire, as well as both Danny and Mikey Garcia.

Speaking to BBTV at the press conference in London last week, new trainer Garcia was optimistic about what he has seen in the time he has spent with the Brit so far. “I have [been impressed with the progressions so far]. Since last December when I started working with him back and forth, he’s followed instructions. The good thing about it is me and Angel Fernandez are on the same page, we feel the same way about what we need to do for the fight. I left for a while and they kept working on the same thing, then I came back some time in March and then went back home again. But I’ve been here for a good six weeks already and we’ve still got eight more to go. So things are going well“.

Garcia was quick to note the importance of Joshua’s will to win if he is to overcome defeat for the second time in his professional career. “Obviously the fighter needs to want it more than anybody else, even though I want it so bad, Angel wants it bad and the rest of the team wants it, the fighter’s the one who needs to want it and he needs to show it on the day of the fight“.

The resume of Garcia is impressive to say the least, and the now forty-seven-year-old name-dropped several fights for which parallels can be taken in order for Joshua to reclaim his heavyweight titles next month. “Not only Mayweather versus Maidana [the latter for whom Garcia was in the corner}, but also Duran versus Leonard, fights like that to know that he can do it. He’s got the strength, the power, the reach, why not use it to his advantage? But we also have to be ready for Usyk and whatever he brings because he’s a fighter with so many different styles. He could change from one round to another, he could be training for a fight that we’re not prepared for, so we’ve gotta be ready for so many different options“.

The former junior-lightweight champion of the world is also eager to adopt caution to ensure Usyk doesn’t go one step further this time around and stop the Brit, a feat he was very close to achieving during the final stages of the first encounter. “We’re ready for different options. If we see that one thing’s not working we’ve got to switch it, and Anthony knows, he’s listening, he’s training hard. We’re doing our job for whatever Usyk brings“.