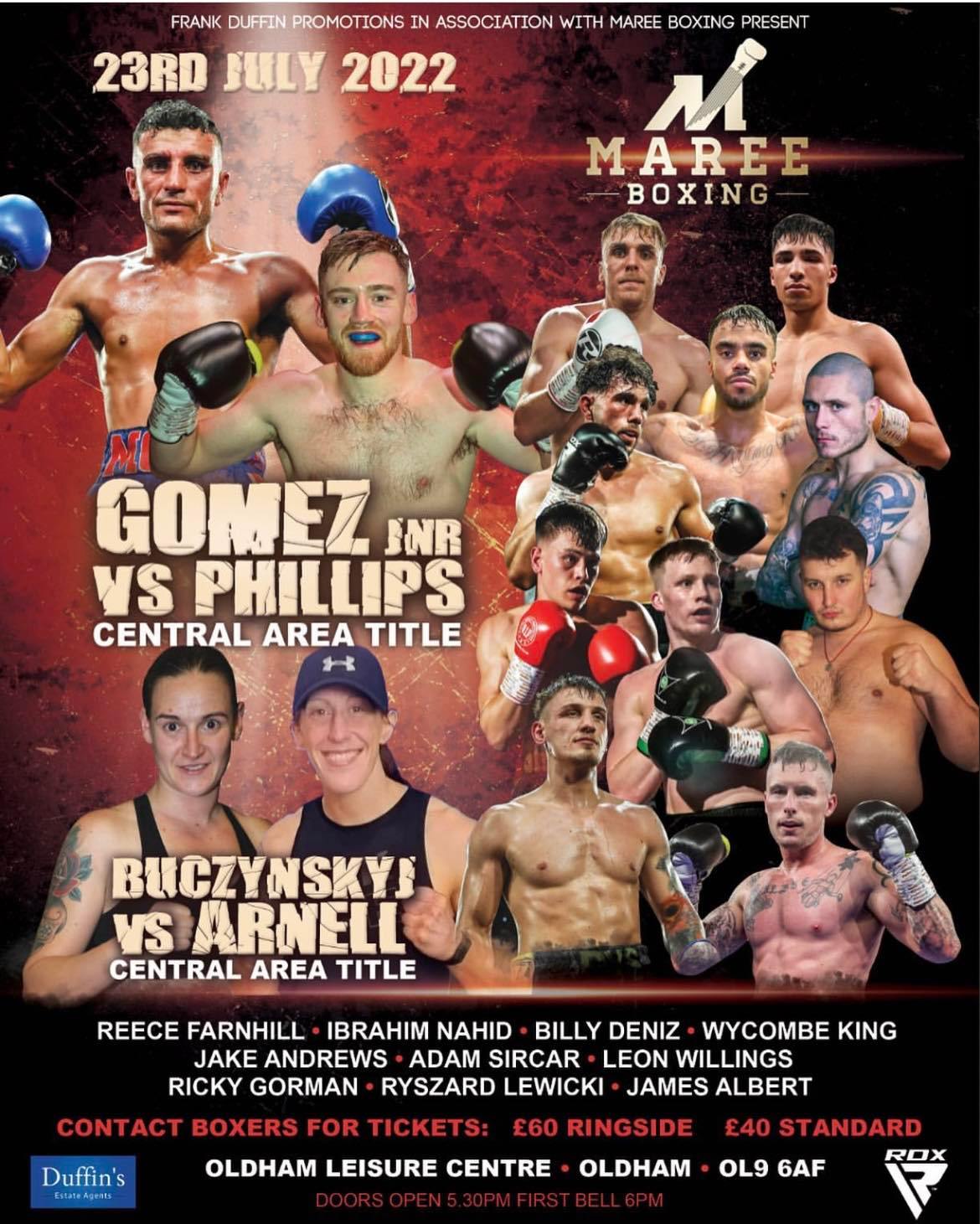 Preview: Buczynskyj and Arnell come together for vacant 130-pound Area title in Oldham

Bolton’s Buczynskyj lost a close-fought ten-round points decision to Jade Taylor in April, with an immediate rematch pencilled in for this evening between the pair. The new champion Taylor was forced to withdraw through injury however, and remarkably decided to vacate the belt so Buczynskyj could try a second shot at it providing she would get a fight with the winner. Liverpool’s Chelsey Arnell was brought in as a result, and those ringside will be hoping for a similarly entertaining clash to what was witnessed just over three months ago.

Another Liverpudlian is also set to appear in the shape of twenty-eight-year-old Brian Phillips (11-2-0, 3KOs), a man originally set to headline the show in another super-featherweight Central Area clash against Manchester’s Michael Gomez Jr. The latter was also forced to withdraw just three days ago however due to an arm injury, and so Phillips will look for a victory tonight before rescheduling the Gomez Jr. clash before the end of the year.

A host of domestic prospects are all set to feature in Oldham this weekend, including middleweight Reece Farnhill (5-0-0, 3KOs) in a six-round bout versus Vasif Mamedov (3-20-3) respectively. Ricky Hatton’s featherweight prospect Ibrahim Nadim (7-0-0) makes his eighth professional appearance versus John Spencer (0-16-0) at 126-pounds, while light-heavyweight Billy Deniz is also scheduled in a four-round bout. Light-heavyweights Leon Willings (4-0-0, 1KO) and Robbie Chapman (8-19-0, 1KO) are also set to go at it, while fellow 175-pounders Wycombe King (3-1-0) and Robbie Connor (debut) also collide over four rounds.