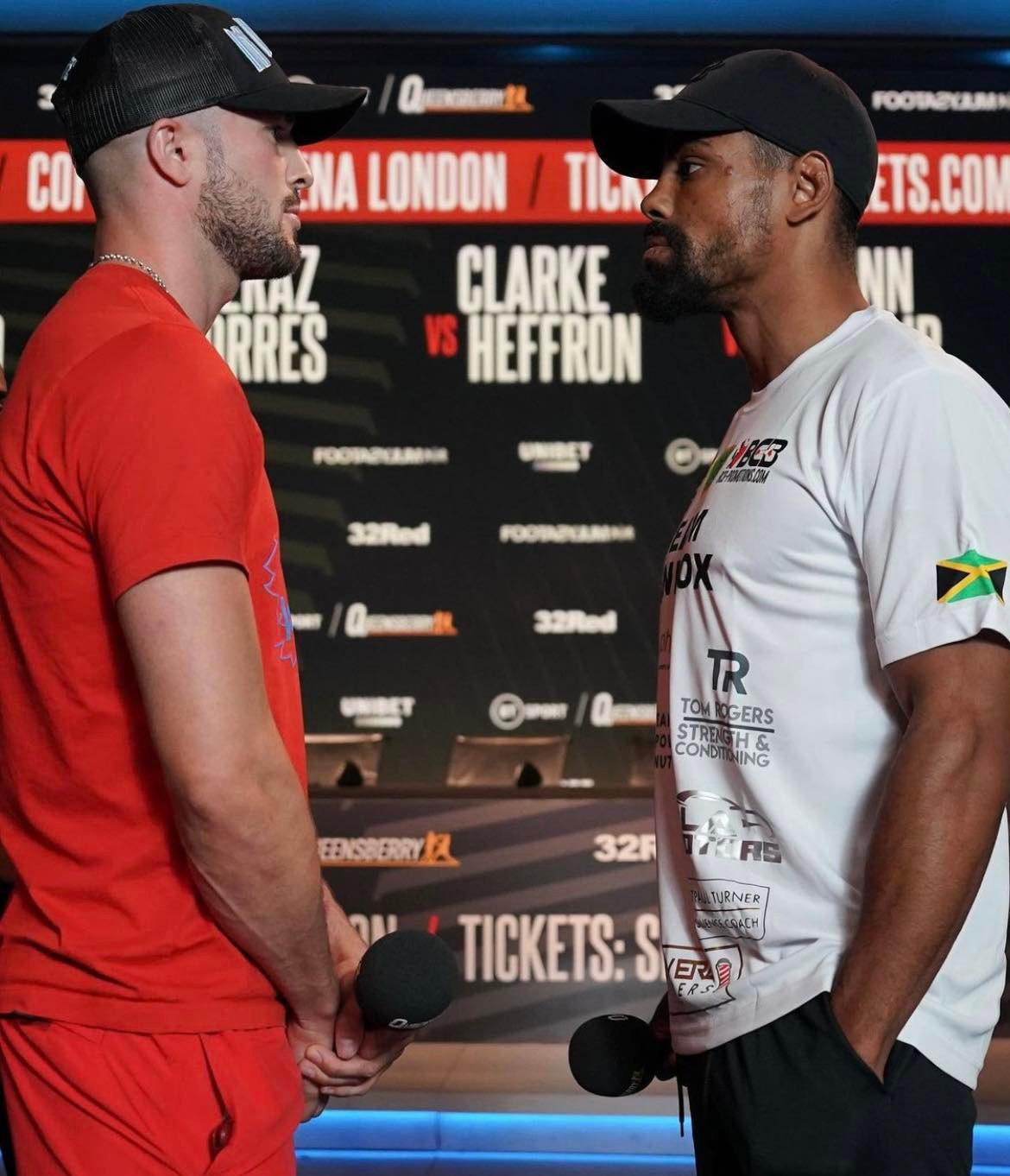 London’s Copper Box Arena will host what Lennox Clarke (20-1-1, 8KOs) will be hoping to be the first successful defence of his reign as British and Commonwealth super-middleweight champion versus Oldham’s experienced Mark Heffron (27-2-1, 21KOs) this Saturday night.

Clarke first picked up the straps in March of last year when he upset the odds to blow away the then undefeated prospect Willy Hutchinson at the same venue, and again faces another tough test this weekend against the thirty-year-old Heffron who previously contested for the Lord Lonsdale belt down at middleweight on two previous occasions. The Oldham man came up short both times however and must secure victory on Saturday if he is to maintain his relevance on the domestic scene. In a fight being dubbed a 50-50 either way, with strong arguments in place for either man getting his hand raised on Saturday night, viewers will watch with anticipation to see if the belts will change hands again or if Clarke can claim another scalp on his way to securing more big fights at 168-pounds.

Hamzah Sheeraz (15-0-0, 11KOs) takes on Spain’s Francisco Torres (17-3-1, 5KOs) at middleweight over ten rounds as he continues his professional development. Sheeraz now trains in America with Ricky Funez and secured a second-round knockout of Jez Smith last time out in his maiden bout at the middleweight limit. Torres meanwhile held California’s Jose Benavidez Jr to a draw last time out, albeit a Benavidez which hadn’t fought in three years since losing to Terence Crawford, but nevertheless a victory for the Berkshire man will mark another positive step in his progression as he continues to climb the ranks at 160-pounds.

Fresh from his six-round blowout of Isaac Lowe in front of a packed Wembley Stadium in April, Liverpool featherweight Nick Ball (15-0-0, 8KOs) takes on Nathanael Kakololo (14-3-1, 6KOs) over ten rounds as he looks to climb the rankings down at 126-pounds. Ball has operated in the shadows for much of his pro career so far but burst into the light last time out, knocking Lowe to the canvas before savagely putting him out in his misery just past the midway point. With an aggressive, fan-friendly style, Ball is tipped to land another highlight-reel knockout this weekend against the unknown Namibian.

Dennis ‘The Menace’ McCann (12-0-0, 6KOs) makes another big step-up at featherweight against former British and Commonwealth title challenger James Beech Jr (14-2-0, 2KOs) in a ten-round contest. McCann has already proven himself to have heavy hands and while the more experienced Beech Jr. might pose some problems to begin with, it is unlikely the Midlander has the power to keep the Menace off his scent for the full duration and McCann’s own power will shine through in the latter stages.