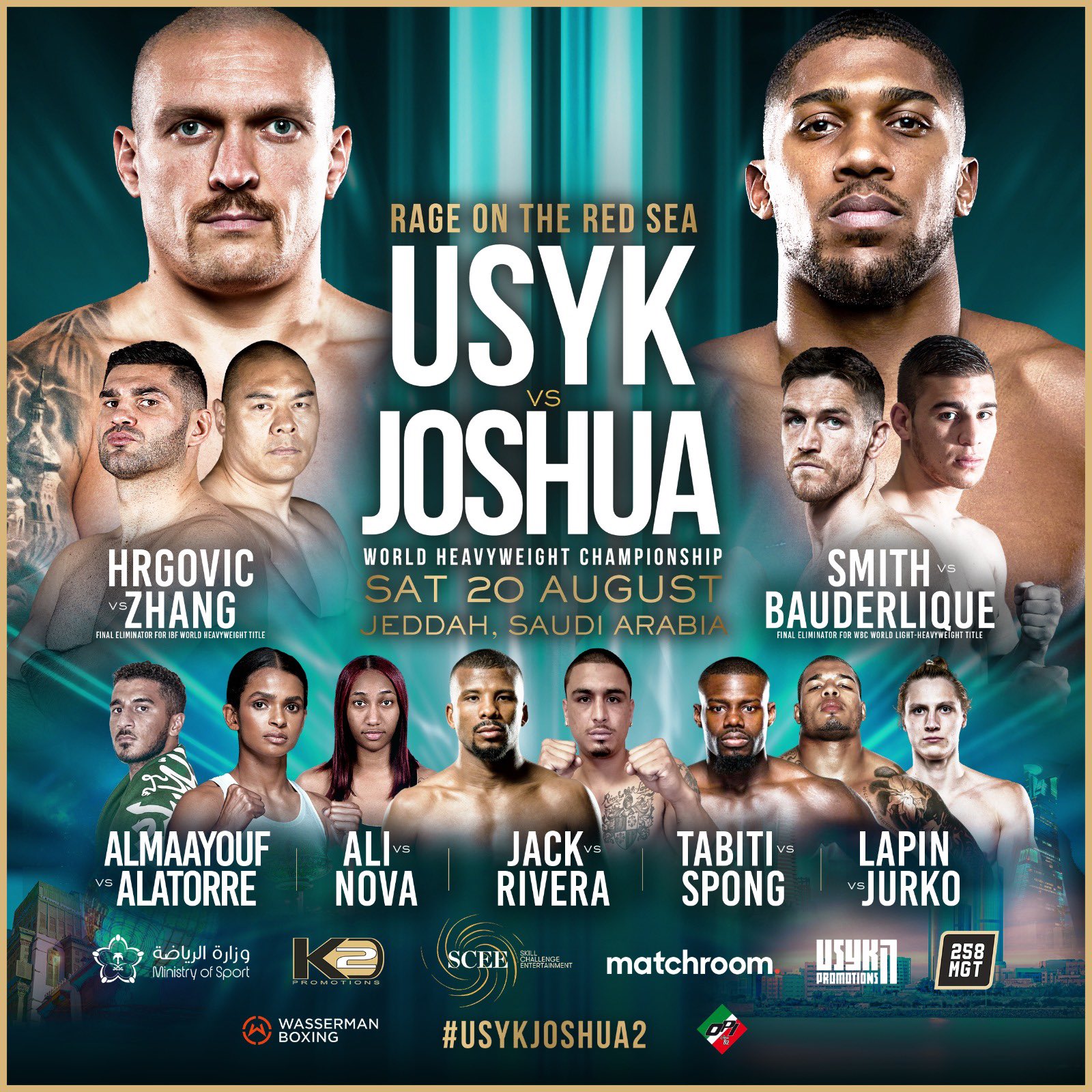 Matchroom Boxing today announced the rest of the undercard for the upcoming heavyweight rematch between unified champion Oleksandr Usyk and Anthony Joshua, which is set to take place on August 20th at the Jeddah Arena in Saudi Arabia.

Eddie Hearn and Matchroom secured the promotional rights for the WBC light-heavyweight final eliminator between Callum Smith and Mathieu Bauderlique at the beginning of July, and the fight is set to take place as the chief support in Jeddah next month. Smith recently moved up to 175-pounds following his defeat to Canelo Alvarez in 2020, brutally stopping Lenin Castillo inside two rounds in his first light-heavyweight bout. Bauderlique meanwhile has no notable names on his resume, again posing questions of the governing body ranking systems, but will no doubt look to upset the applecart to land a shot at unified king Artur Beterbiev himself.

Heavyweights Filip Hrgovic and Zhilei Zhang will also step into the ring in a final eliminator for Usyk’s IBF strap. The pair were set to face-off in May on the undercard of Canelo Alvarez’s defeat to Dmitry Bivol before the Croatian Hrgovic pulled out due to the death of his father. Illinois’ Andrew Tabiti takes on Tyrone Spong, also in the heavyweight division, while Badou Jack and Richard Rivera clash at cruiserweight. Ukrainian light-heavyweight prospect Daniel Lapin looks to extend his undefeated record against Jozef Jurko, and both Ramla Ali and Crystal Garica Nova will become the first female fighters to compete at an event in the Kingdom of Saudi Arabia. California’s Ziyad Almaayouf also debuts against Hector Alatorre.

Though the card is set to take place in under a month from now, there has still been no official announcement regarding a UK broadcaster. Joshua penned a long-term deal with streaming platform DAZN last month, but as a result of Matchroom selling the exclusive broadcasting rights to Saudi Arabia themselves, that deal does not apply to the Usyk rematch.