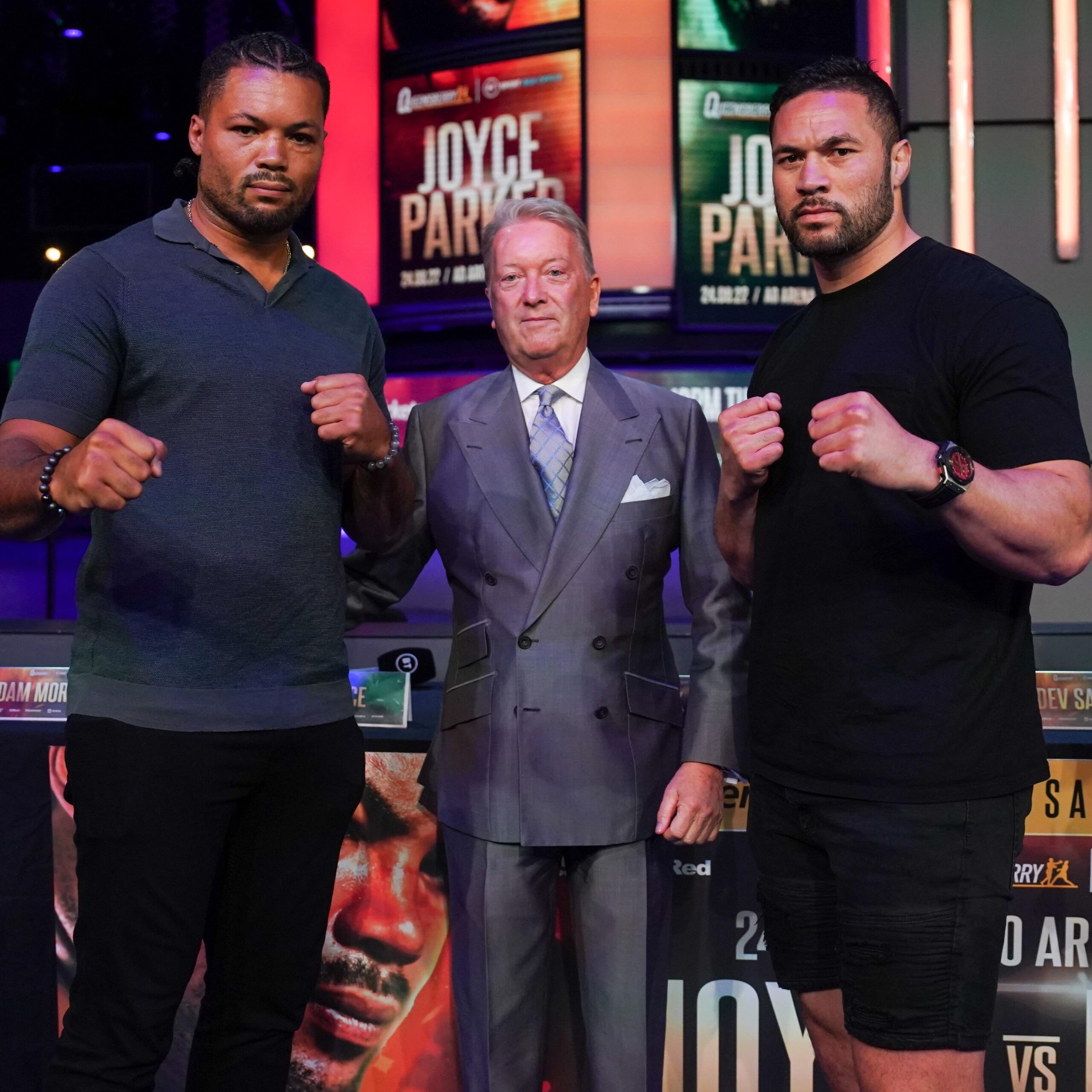 Joyce vs Parker formally announced for September 24 in Manchester

Frank Warren’s Queensberry Promotions officially announced the bumper heavyweight clash between Britain’s Joe Joyce and New Zealander Joseph Parker in a fight which may well pave the way to a world title shot for the winner. Manchester’s AO Arena will host the hotly anticipated clash which will always be broadcasted live on BT Sport Box Office. A price-point is yet to be confirmed at the time of writing.

The fight looked to be off after an apparent collapse in negotiations which ended with Parker teaming up with rival promoter and broadcaster BOXXER and Sky Sports. However, Mike Coppinger of ESPN reported on Wednesday evening that the fight was not only back on but to be announced imminently for September 24th. Fast-forward twenty-four hours later and the fight was poster was splashed all over social media with the words ‘Nowhere to Run’ emblazoned across the top, an indication of what is bound to be an exhilarating clash of styles between two of the tougher men in the heavyweight division.

A press conference at the BT Sport Studios followed on Thursday afternoon to formally announce the contest, and viewers were not left disappointed after several back-and-forths between not only the fighters but also their respective management and promotional teams at the top table. Joyce’s manager Adam Moralee of S-Jam Boxing described the negotiating process with Team Parker as ‘horrendous’, prompting laughter from the New Zealander. Parker’s promoter Ben Shalom meanwhile said Joyce has made a mistake in agreeing to fight the former world champion, setting up a tasty build-up for the seven weeks to come before fight night.

Credit should be afforded to both camps for getting the fight over the line in the end and overcoming both promotional and broadcasting barriers to ensure fans get the fights that are most in-demand. In what is no doubt a 50/50 fight heading into the big night in September, the winner will surely emerge next in line for a shot at world honours in the near future. The loser however will have to dust himself off and re-build again, finding themselves far removed from the immediate heavyweight scene.