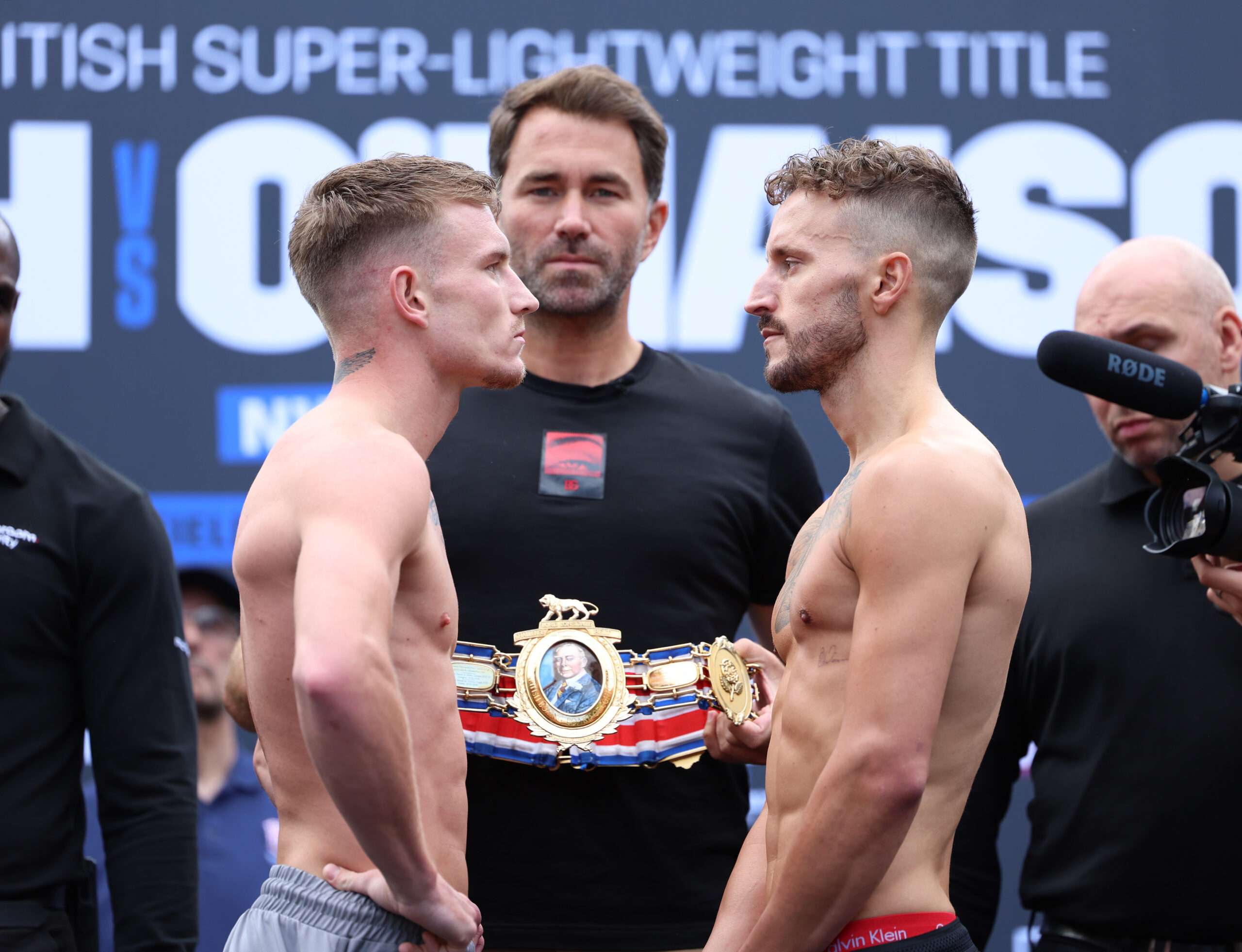 Sheffield’s Utilita Arena will witness a steel city derby this weekend as both Dalton Smith (11-0-0, 9KOs) and Sam O’Maison (17-3-1, 7KOs) go head-to-head for the vacant British title at 135-pounds.

Smith has long been touted as one of the brightest upcoming stars in British boxing and no doubt enters the ring a favourite on Saturday night in another step-up in his twelfth professional outing. The amateur pedigree is clear for all to see of the twenty-five-year-old, having competed on a global scale for Team GB as well as in the quasi-professional tournament the World Series of Boxing. O’Maison will be determined to halt the Dalton Smith train in abrupt fashion and kickstart his own professional career, which has already seen him contest for the English lightweight strap respectively.

The undercard will see an intriguing rematch between superb lightweight prospect Sandy Ryan (3-1-0, 2KOs) and Erica Farias (27-5-0, 10KOs). Farias upset Ryan in March with a deserved split-decision victory in Nottingham, but Derby’s Ryan will have no doubt taken a lot from the fight and be confident of righting that wrong this weekend following a disruptive build-up first time around.

Manchester cruiserweight Jordan Thompson (13-0-0, 11KOs) features in a major step-up fight against the tough Vasil Ducar (11-5-1, 10KOs) of the Czech Republic. Thompson possesses power in both hands, having stopped eleven of thirteen opponents so far, but Ducar is no slouch and has already gone the distance with more seasoned opponent Chris Billam-Smith.

Further down the card, the highly-talented Hopey Price (7-0-0, 3KOs) takes on Alexander Mejia (18-3-0, 7KOs) in an eight-round super-bantamweight contest, and Campbell Hatton (7-0-0, 2KOs) continues his professional development versus Michal Dufek (34-23-2, 22KOs). The ever-popular heavyweight Johnny Fisher (5-0-0, 4KOs) runs out against Michal Reissinger (3-1-0, 2KOs) in just his sixth outing, while Northampton’s Kieron Conway (17-2-1, 3KOs) runs out versus Gregory Trenel (16-8-2, 6KOs) before his big clash with Ammo Williams stateside next month.

Matchroom Boxing promote and DAZN televise, with the main broadcast set to begin at 19:00 UK time.