British champion Sykes to prevail in the Prizefighter

The Prizefighter has been a very welcome addition to the British fight game and Saturdays latest line-up looks to be the most competitive yet, in this the 15th edition of Barry Hearn’s eight-man, one night tournament.

.
Dewsbury’s Gary Sykes on paper and on the betting is the favorite and likely winner. The unbeaten British champion is the high profile name with the most to lose, and deserves credit for his inclusion. 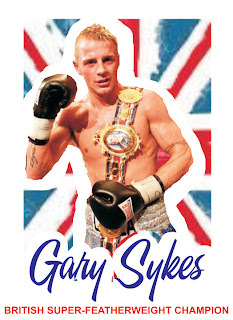 .
Sykes impressed in his wins over Andy Morris and Anthony Crolla when he found a way to win over the distance, which is his strength, a good boxer is Sykes.
.
But can he lay it all on the line for three rounds? Against Scott Lawton in his opening fight, Sykes should have too much ability for the Stoke man and will outpoint him.
.
Manchester’s Steve Bell the former England Commonwealth Games captain, and now screen actor jumped at the chance to feature in Prizefighter of which he is a big fan of.
.
A well schooled amateur boxer, Bell knows how to win a fight over three rounds as well as anyone and could be a surprise performer in the completion, if he can get past Gary Buckland in his first fight, and that is a big ask.
.
Buckland has not fought since challenging John Murray for his British and European
titles in May. Buckland put up a brave effort against the world class Murray before being stopped in round 11, he took everything the relentless Murray dished out and is a very durable and tough fighter, who could be real contender if he can outwork Bell and the Murray defeat and layoff haven’t effected him. I’m going for a surprising win for Bell to roll back the years and outpoint a slower Buckland just.
. 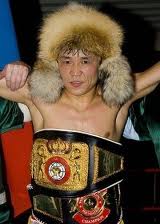 Choi Tseveenpurev (left) the Mongolian warrior at 39 is the oldest contender and confidently sang his winning predictions in a YouTube video recently, meets former ‘Prizefighter’ Lightweight Tournament contender Ben Murphy in an opener that he likely to be triumphant in.

.
Choi has already had a good win over fellow participant Derry Matthews and is always an handful, but with only 2 fights since the win over Matthews in May 2008 can he go all the way? and I predict a 3rd round stoppage win for him over Murphy.
.
A close one to call is between Glasgows Gary McArthur and out of retirement Derry Mathews, McArthur a former ‘Prizefighter’ Lightweight Tournament contender, was stopped in the first round against Stephen Burke in the semi final of that competition and I pick Matthews to have that little bit more experience and knowing to prevail on points in a bruising close fight.
.
Quarter-Final 1: Choi Tseveenpurev WINS
Quarter-Final 2: Derry Matthews WINS
Quarter Final 3: Gary Sykes WINS
Quarter-Final 4: Steve Bell WINS
.
Semi-Finalists
Choi Tseveenpurev vs Derry Matthews
Gary Sykes vs Steve Bell
.

Tseveenpurev against Matthews (right) would be a rematch and Derry will want to seek revenge over Choi. I believe he will get that revenge by decision to take Choi on points to reach the final.
.
Gary Sykes and Steve Bell would be a tactical affair and will be decided if it happens, by who has the strenght to add to the skill which could be the balance in the victors favor, which will be Sykes, who shows his status as British champion and outpoints Bell clearly.
.
Semi-Final 1: Derry Matthews WINS
Semi Final 2: Gary Sykes WINS
.
Final: Gary Sykes vs Derry Matthews
.
An unlikely final maybe? But a fight Sykes really warms up to, outworking Matthews who’s road to the final was more taxing than Sykes, a tired Matthews walks onto Sykes accurate shots and will have done tremendously well to go the distance and lose gallantly in true Scouse grit.
.
Prediction: Gary Sykes wins ‘The Prizefighter Super-Featherweights Tournament’

The York Hall in Bethnal Green will again host the action which can also be seen live on Sky Sports 1 from 8pm, and in the video below Steve Bunce takes a look at the contenders fighting for the £32,000 winner’s cheque.