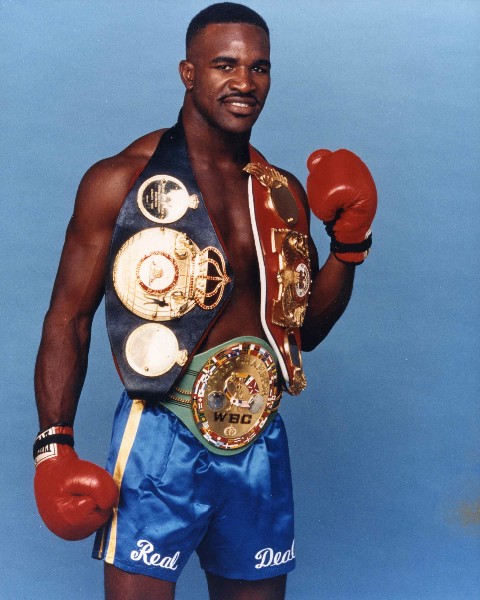 Former three-time “world” super-middleweight title challenger Henry Wharton, who earlier this year opened his own boxing gym in his home city of York, will have a very special guest of honour paying a surprise visit to the gym next month. The York Press has reported how heavyweight legend Evander Holyfield – who will speak at a dinner at the York Racecourse on September 14th – will also pay a visit to “Henry’s Gym.”

Wharton, who also welcomed former ring rival Nigel Benn to his gym just before Benn emigrated to Australia, is naturally thrilled at this news.

“Evander is a legend and for him to be in York and to come to my gym – well, that’s unbelievable,” Henry said to his local paper. “If you were to name your leading heavyweight boxers in the world, then he would be in the top five. So for my lads to see him up close, that’s going to be unforgettable for them. And I would urge all youngsters and their parents interested in the sport to come and meet Evander Holyfield because as far as boxing goes then they will be in the presence of genius.”

Wharton, who said he was “in awe” and “could hardly speak” when he met the four-time heavyweight king in Las Vegas several years ago, believes Holyfield’s trip to York may well be a one time only thing.

“We might never ever see him again,” the York hero said. “This could be his first and only visit to York so this is going to be a unique opportunity to meet one of the absolute stars of heavyweight boxing.”