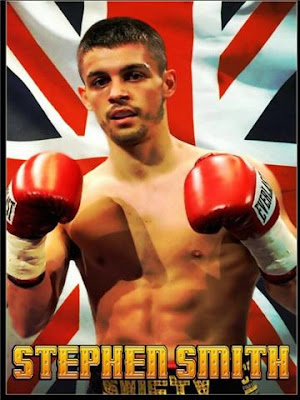 “I’m training for 12 rounds and expecting to do 12 rounds” Stephen Smith
John Simpson’s long anticipated Commonwealth Featherweight Title defence against Stephen Smith will now go ahead on September 4th in the Kelvin Hall,Glasgow.
The bout was originally set-up for July 17th, but the fight fell through as the bill was scrapped due to Sky Sports not being able to cover the fight on that date.
Simpson 26, from Greenock in Scotland is making the third defence of the Title he won from Paul Truscott in January 2009, while Smith 24, has breezed through his first ten fights with an unblemished record.
Smith also won the Commonwealth Games Gold Medal in 2006 while Simpson has 20 wins from 26 contests and has plenty of experience including a defeat against Smith’s close friend Derry Mathews for the WBU Title in 2007.
Smith has been pushing Frank Warren for a title fight for a while now and is extremely confident he can take Simpson’s Commonwealth strap, “Because I had such experience in the Amateurs, I felt I did not need the number of fights that your usual Professional would take to step up into Championship class, I sat down with Frank, we discussed it, he backed me and agreed by getting me this fight.”
“I’m training for 12 rounds and expecting to do 12 rounds. If it goes that far then so be it, either way I’m looking forward to it.”
The fight is on the undercard of Ricky Burns’ WBO Super-featherweight challenge against unbeaten Puerto Rican, Roman Martinez whilst Scotsman Paul Appleby has also been penciled in for a ring return after over a year out following his British Title defeat to Martin Lindsay in April last year.
Simpson v Smith will be shown live on Sky Sports of September 4th.
By Phil D Jay in Liverpool for British Boxers